You are here: Home / Family Fun / 50 Books to Read Aloud to Your Family 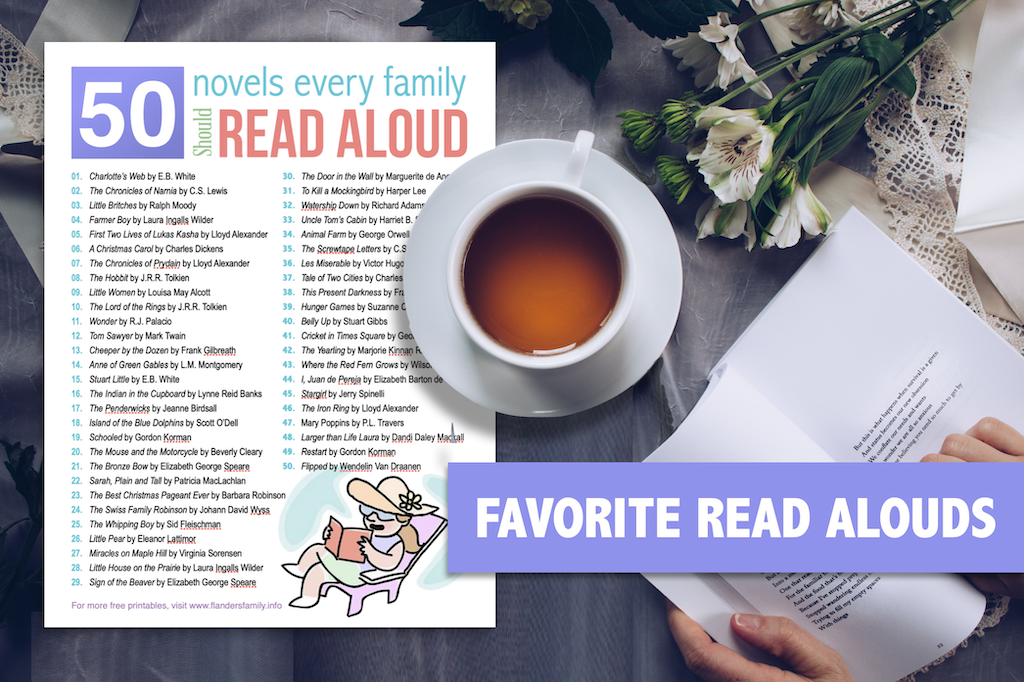 April 12 is one of my favorite quirky holidays of all times — and one our family celebrates far more often than once a year. It’s National D.E.A.R. Day — better known as Drop Everything and Read Day. And since one of our favorite forms of family entertainment is reading aloud, this seems the perfect time to share one of my newest free printable bucket lists. This one I call 50 Books to Read Aloud.

People who know how much reading we do as a family have often asked for a such a list of recommended read-alouds. While the following litany is by no means exhaustive (these were the books that immediately sprung to mind when I set about compiling the list), we’ve read 40 of the 50 more than once and at least half of these titles three or more times.

So without further adieu, here are 50 of our family’s favorite read-alouds, in no particular order. Each title is linked the Amazon listing, in case you want more information or wish to order. Also, please note that we limited this list to fictional works. That’s why the Bible isn’t on it.

While we believe our family reaps lots of great benefits from reading fiction, none of them hold a candle to life-changing effects that come from reading the Word of God. So if you’re going to read only one book aloud to your children, we’d encourage you to start with that one. 🙂

50 novels every family should read aloud: 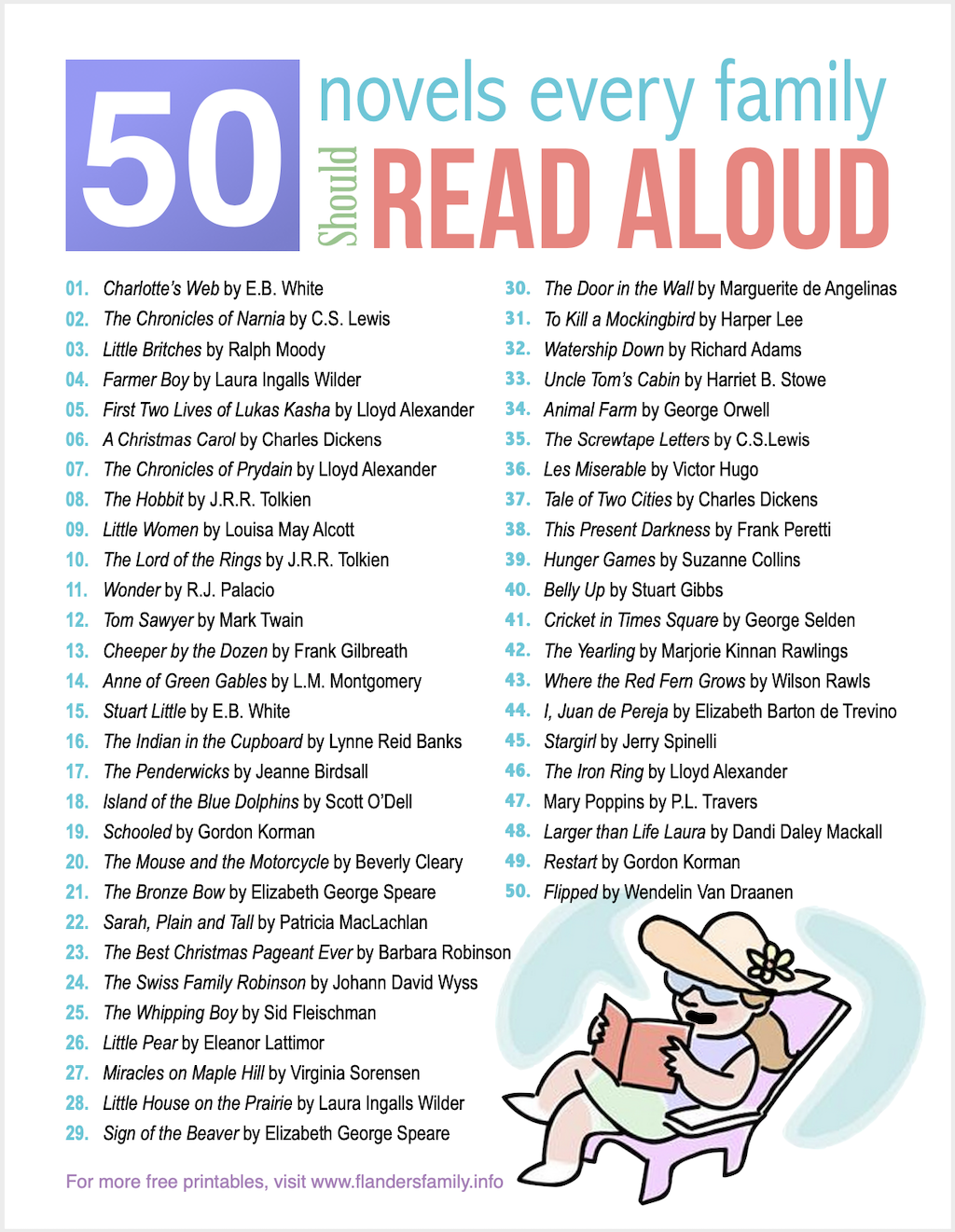 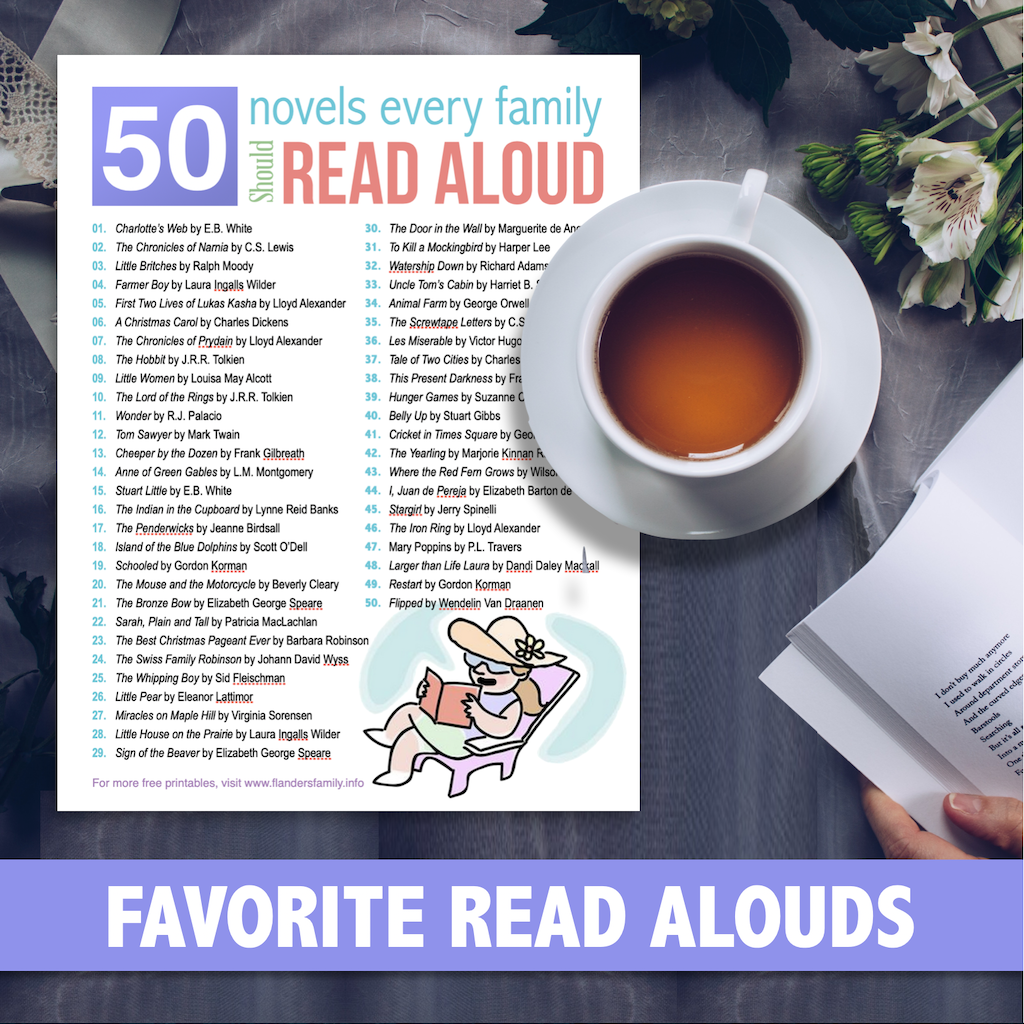 « iLuminate in Vegas: Fun in the Dark
Consent of the Governed Coloring Page »