You are here: Home / Free Printables / Hipster Trivia Quiz: I Mustache You 10 Questions 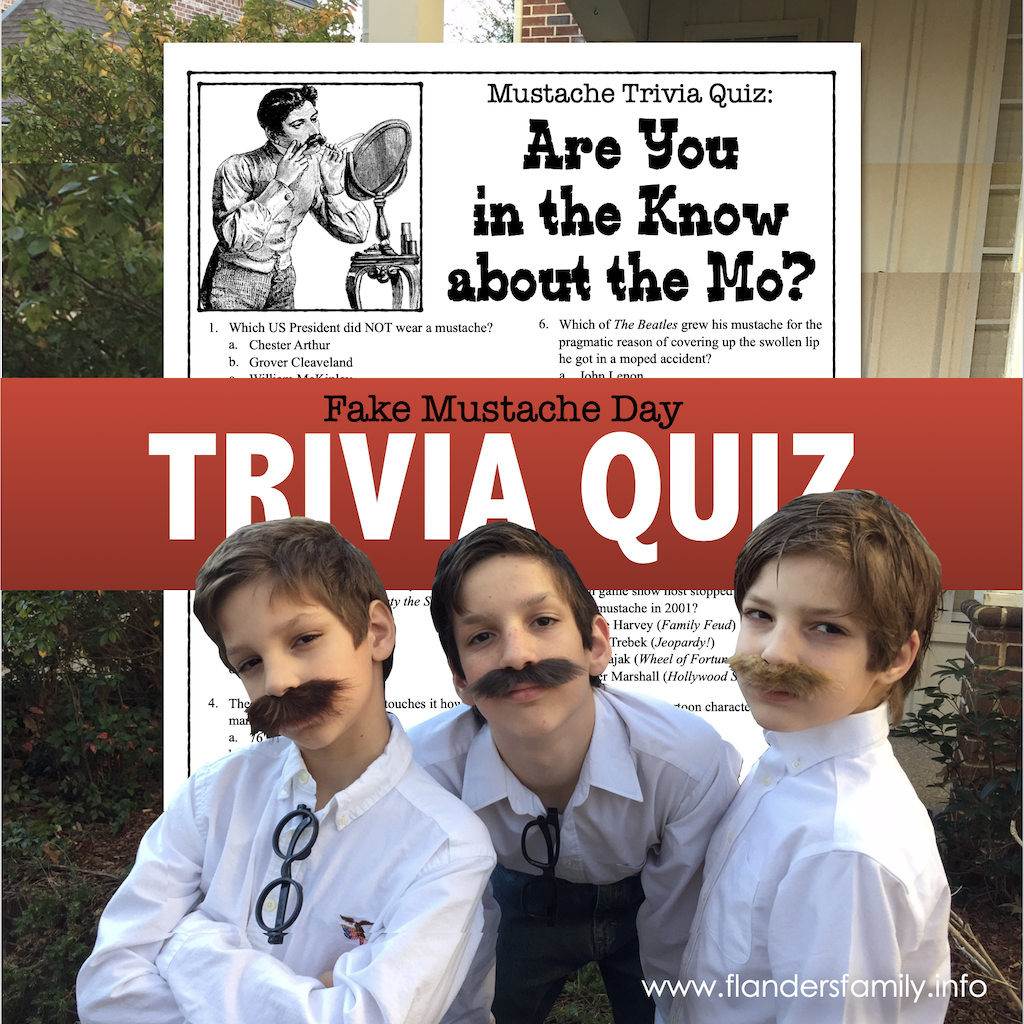 Imagine Family Feud asked 100 people to “Name a holiday traditionally celebrated in February.” The most popular survey responses would probably be one of the following.

If a contestant buzzed in with “Fake Mustache Day,” it would most likely count as a strike against them. 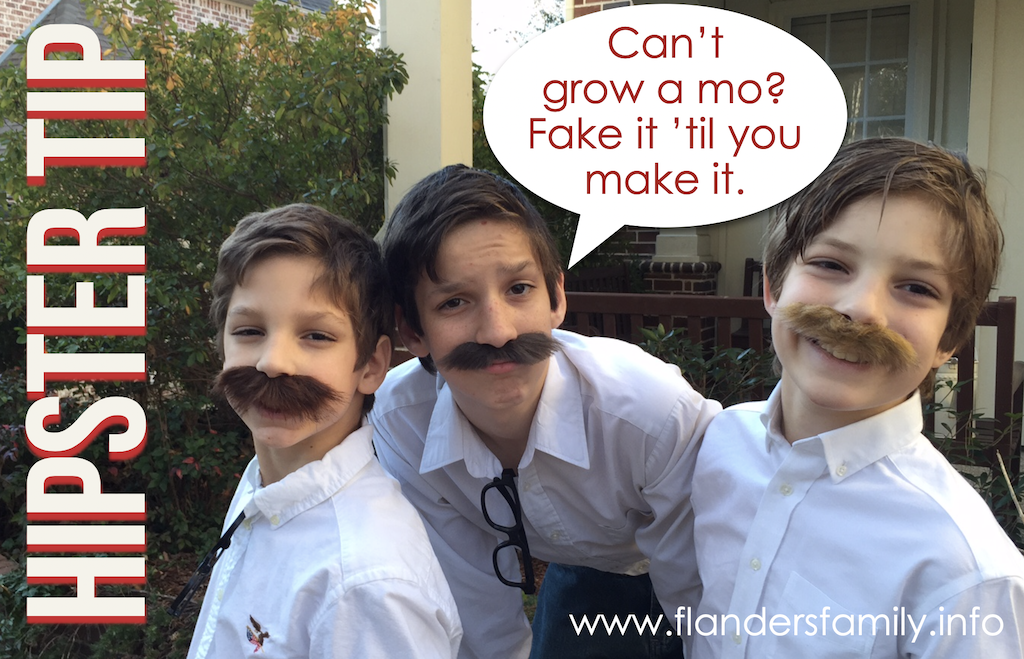 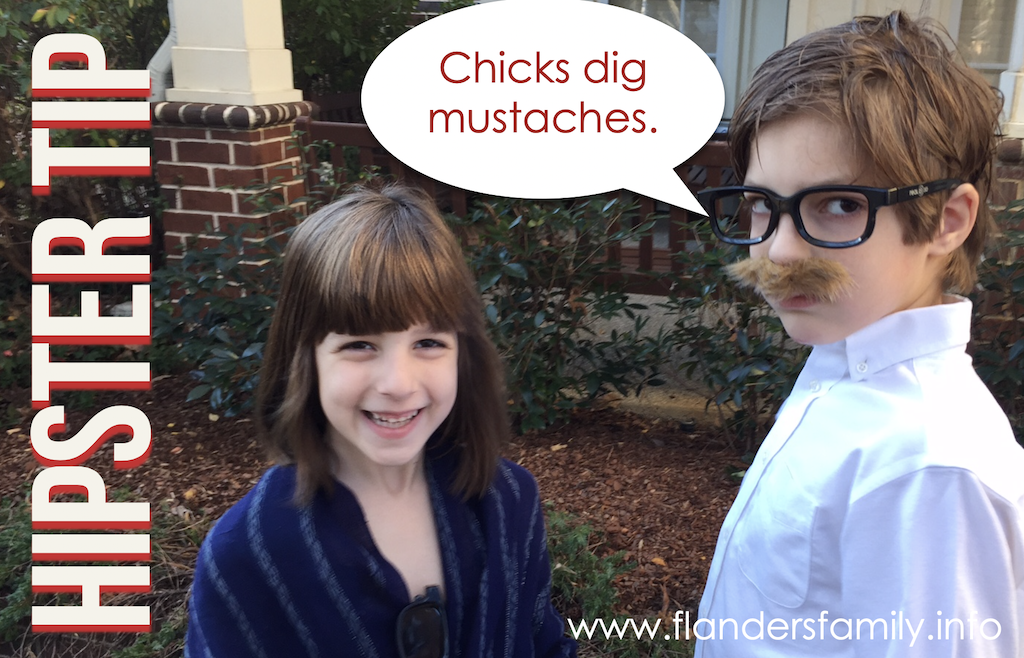 In honor of the occasion, I’m compiled this hipster quiz: Are You in the Know about the Mo? Take the test to see just how ‘stache savvy you are.

Did any of those trivia questions stump you? Click on the image below to check your answers. Or print extra copies of the quiz and challenge your friends. 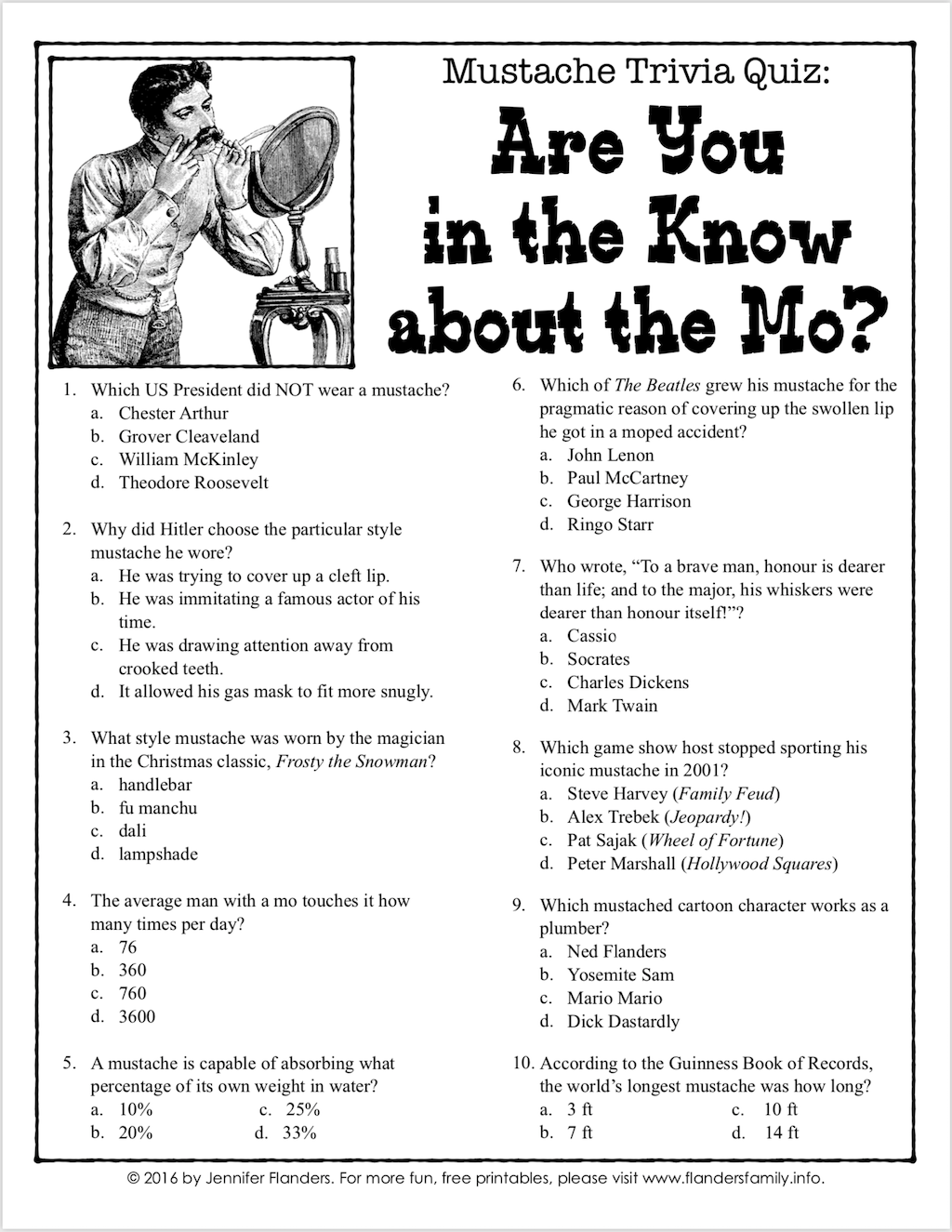 Meanwhile, we hope you have a Fantabulous Fake Mustache Day! No matter which week you decide to celebrate it. :-{) 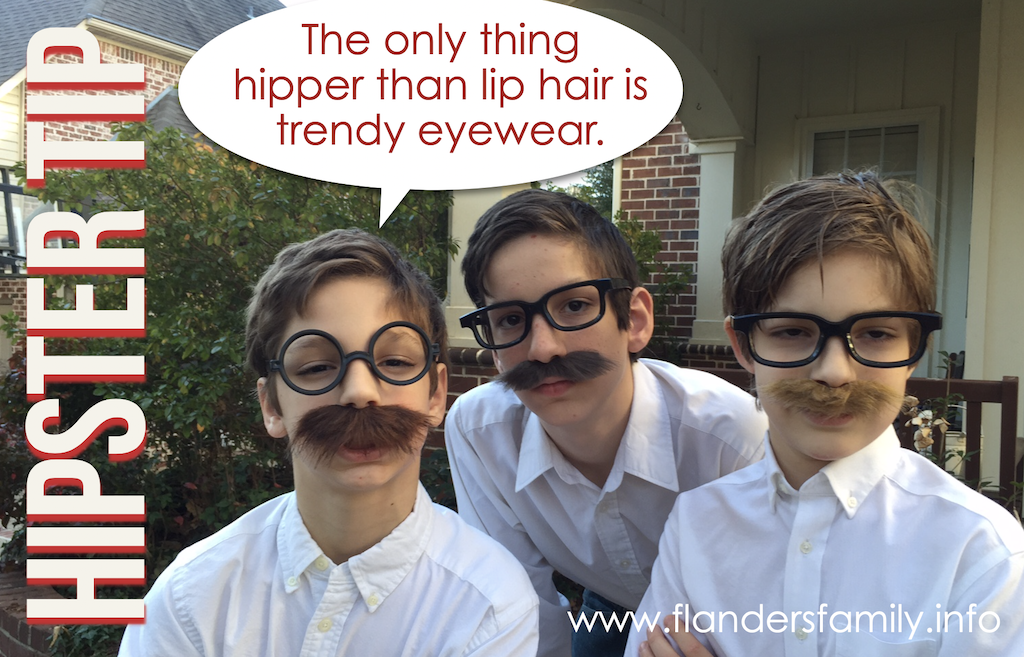 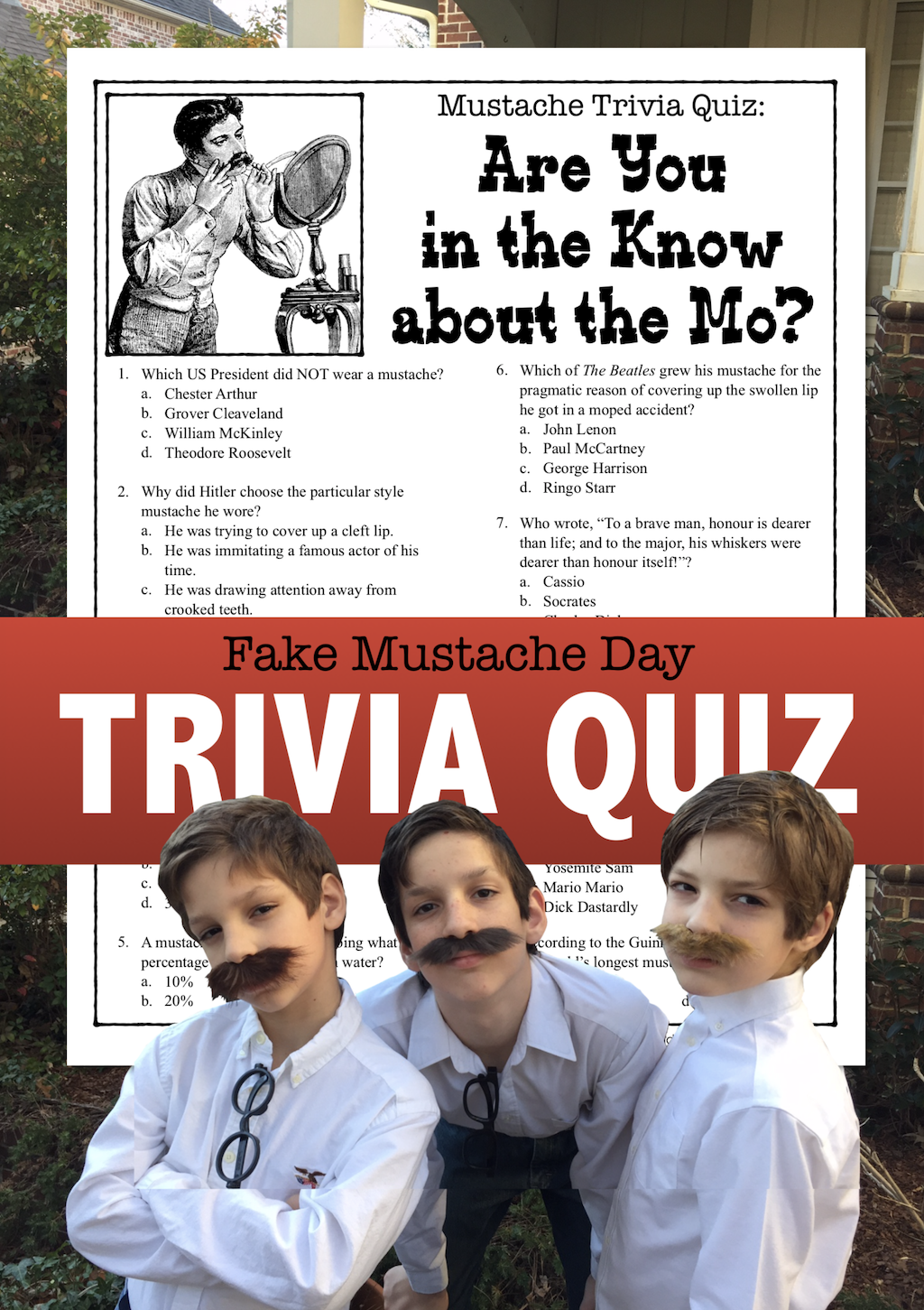 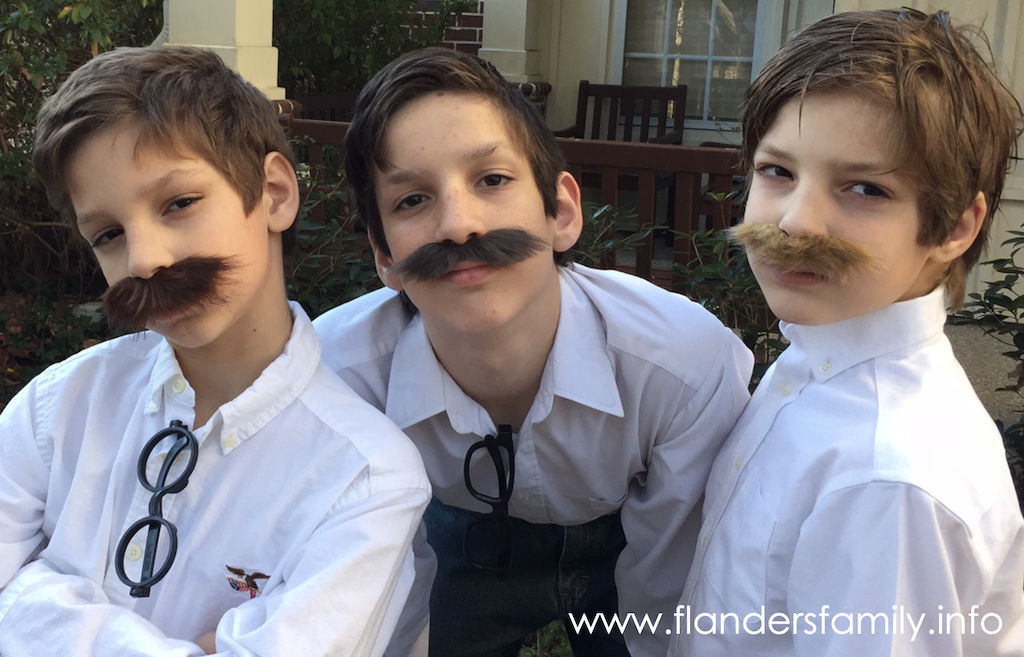