You are here: Home / Family Fun / How to Host Your Own Olympic Games

The Tokyo Games are (finally!) underway, so today’s reader request for “anything on the Olympics” is especially timely. Read on for a link list of all our Olympic-themed resources, including a free printable kit that’ll help you host your own Olympic games.

Question: Do you have anything on the Olympics?

Thank you so much for all you do. It is great stuff!

I was wondering if you have anything on the Olympics. If you do, I would be interested in getting that from you. I am a Recreation Therapist working inpatient rehab, and we are wanting to do some Olympic related stuff for the upcoming Olympics.

Thanks…looking forward to hearing from you,

Answer: How about hosting some Olympic games of your own?

I’m not 100% sure what you have in mind, but I’m linking everything I’ve got that is even tangentially related to the Olympics below, starting with a few coloring pages:

Of course, as a recreation therapist, you may want to stage a few games of your own. If so, you’ll be interested in these posts:

Our family loves competing in wacky games you’ll never see in the official olympics. In fact, we just helped host such a Family Olympics Extravaganza just a couple days ago. 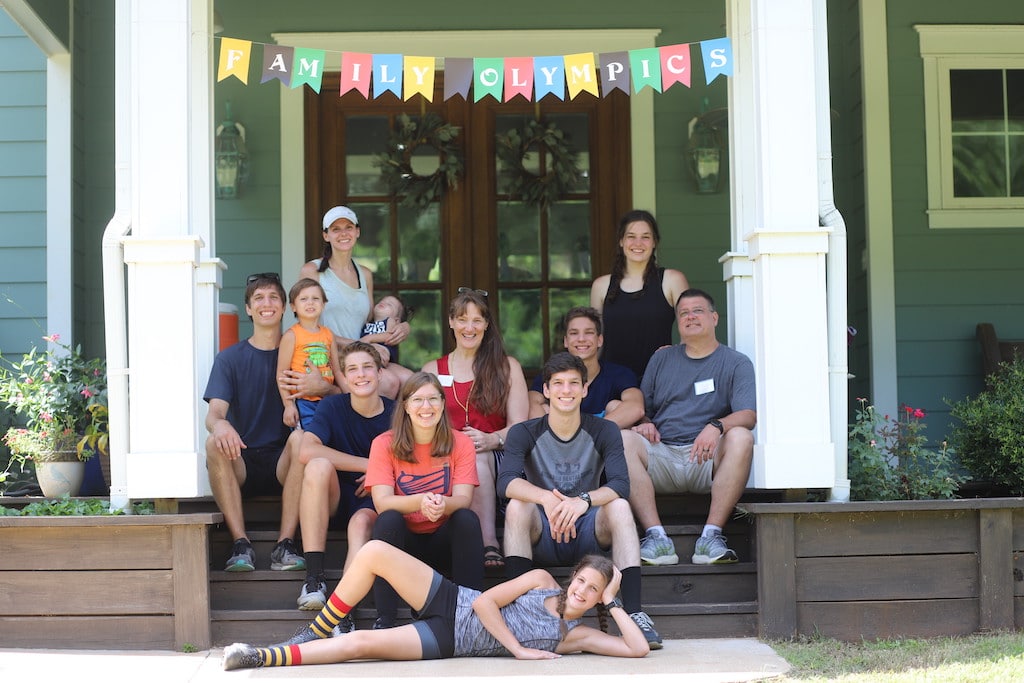 Over 100 participants showed up and had a blast (as you can see in the photos below).

We started with a nice, friendly push-up competition, timing contestants to see how many pushups each could do in 2 minutes. Our gold medalist in this event did 74! 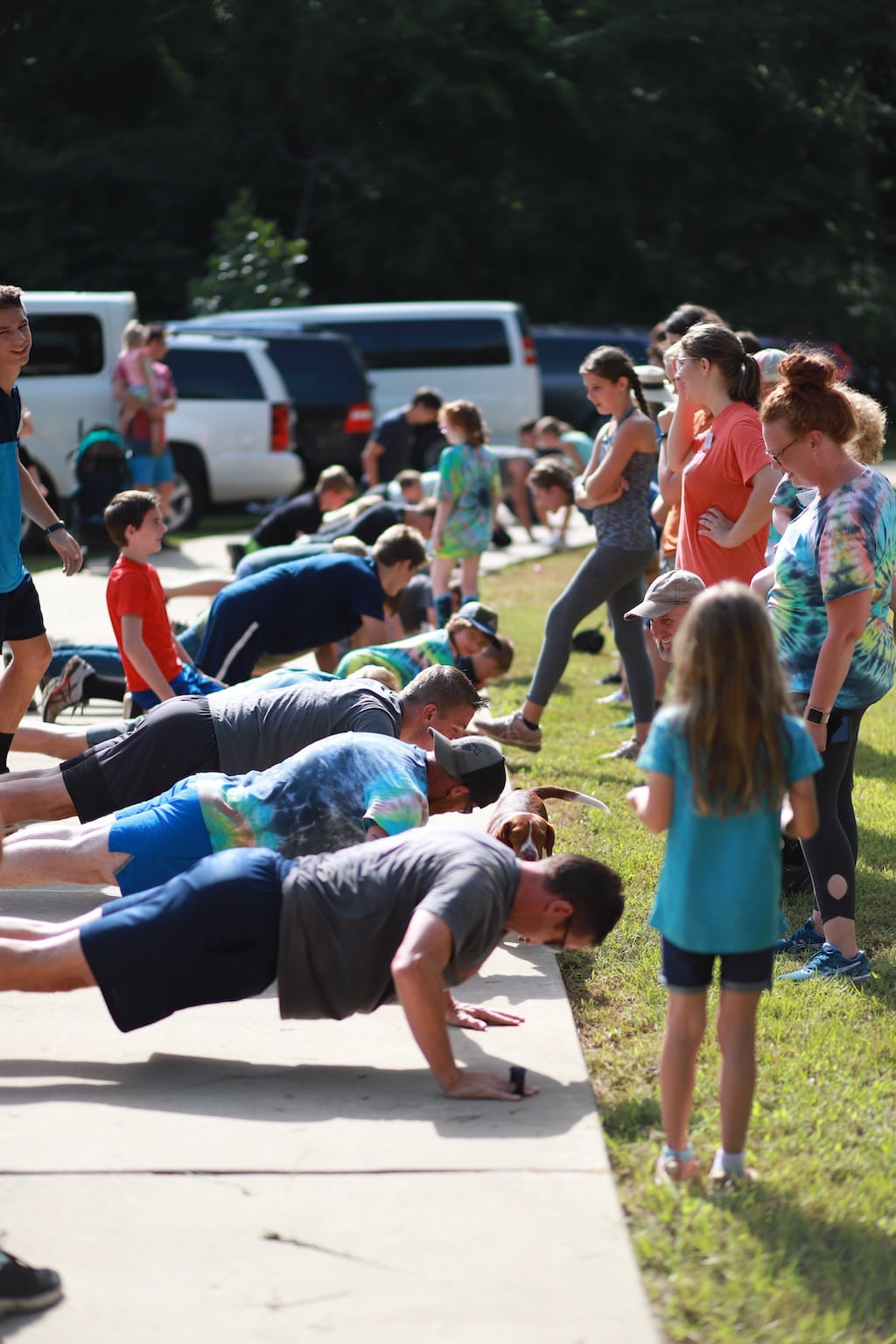 We also divided into teams for a fun water relay. Contestants had to transfer water from a big bucket in the front of the line to a smaller container in the back of the line by pouring water from one cup to another, over the shoulder: 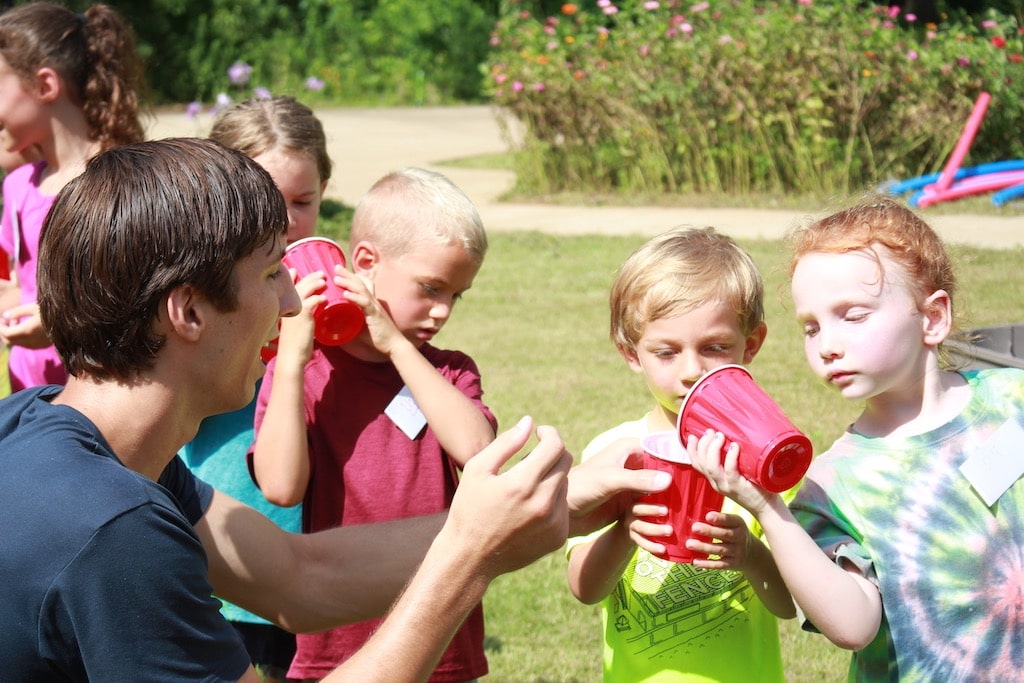 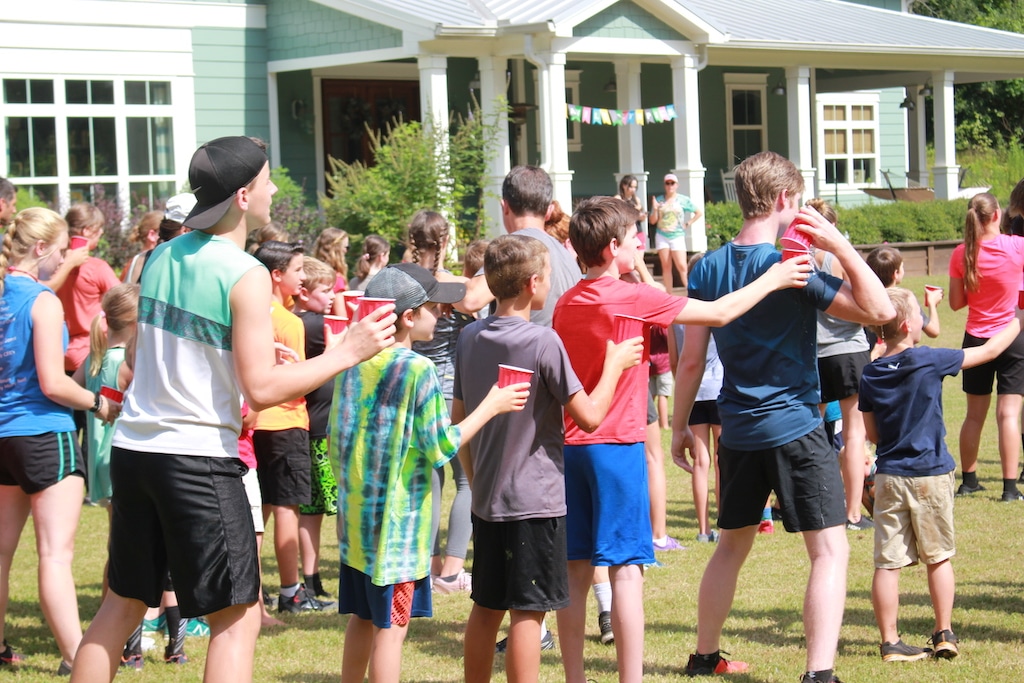 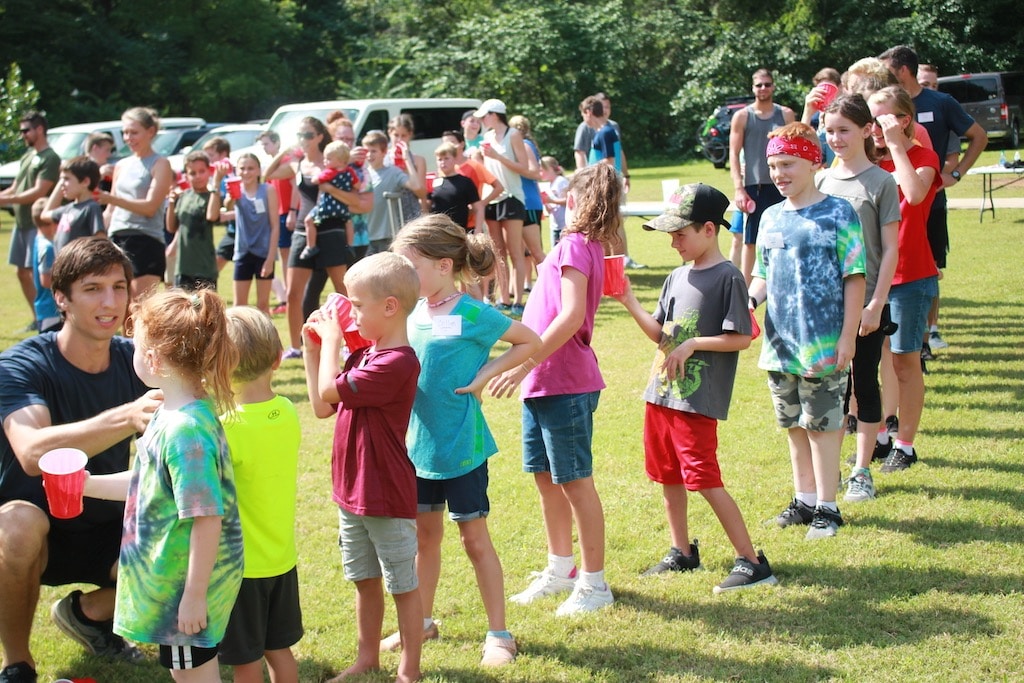 Next was a contest akin to an egg-toss, only we used water balloons. They were not as messy and were far less expensive. 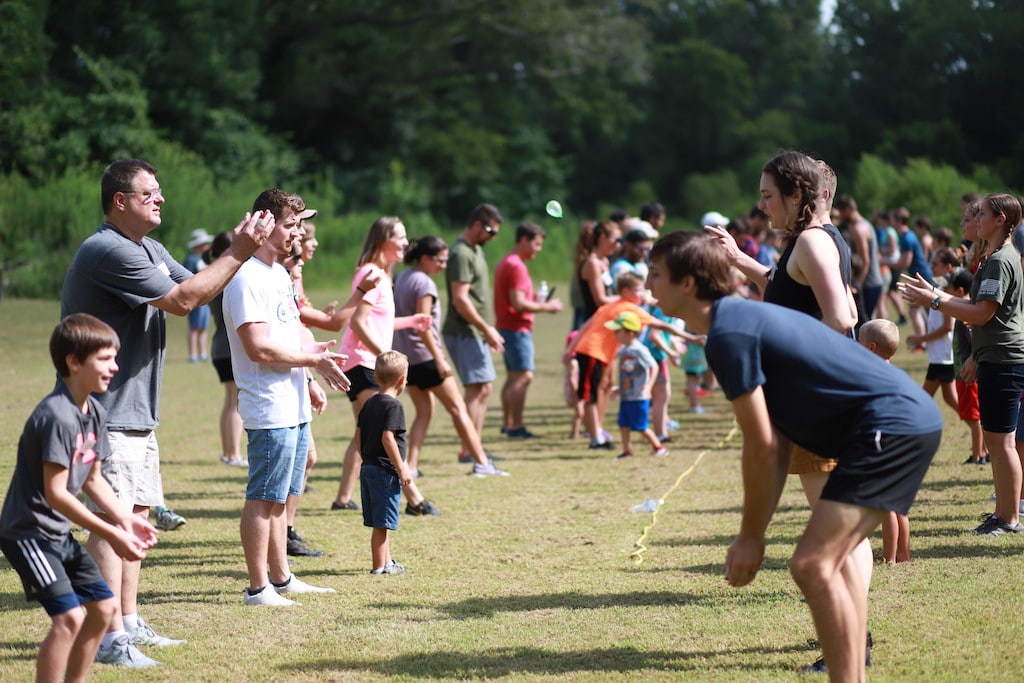 We played two games of tug-of-war: fathers against sons and mothers against daughters. The adults got their tails whipped both times this year! 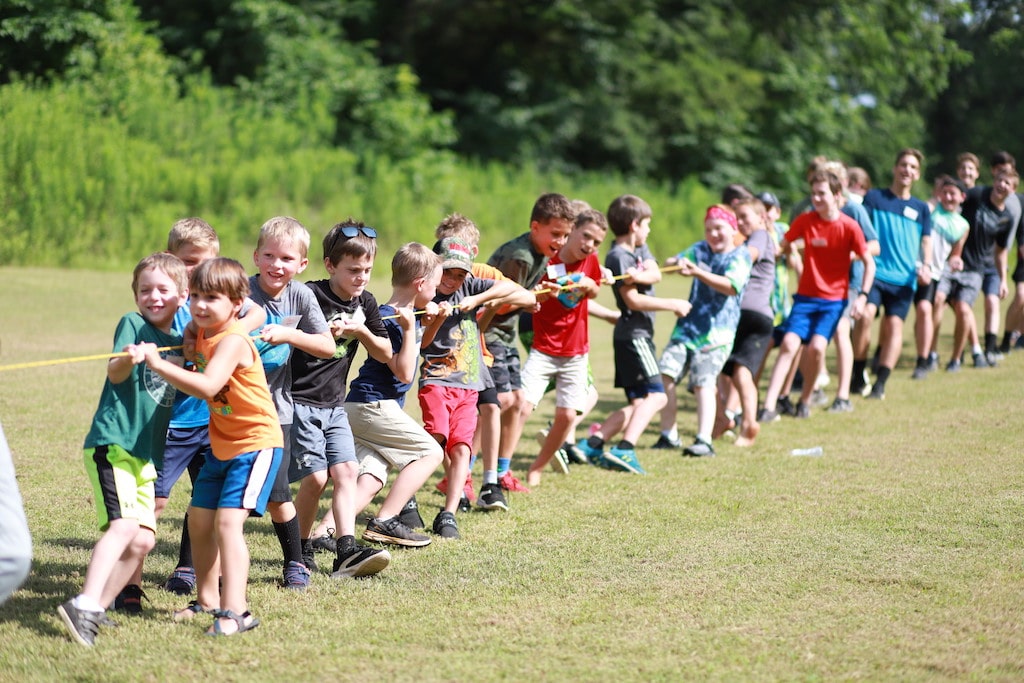 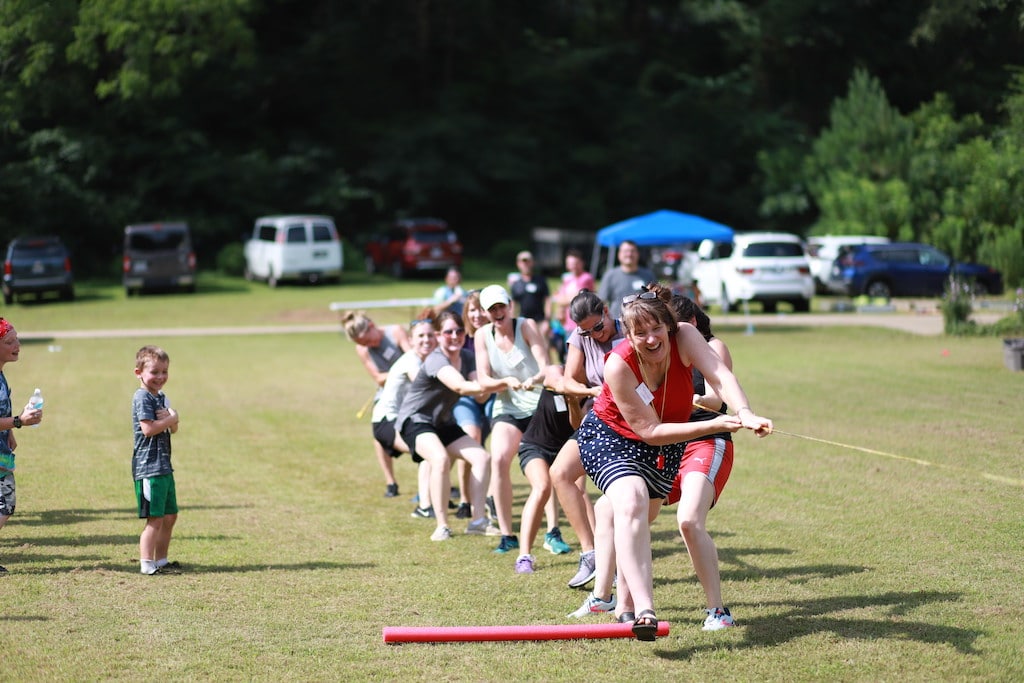 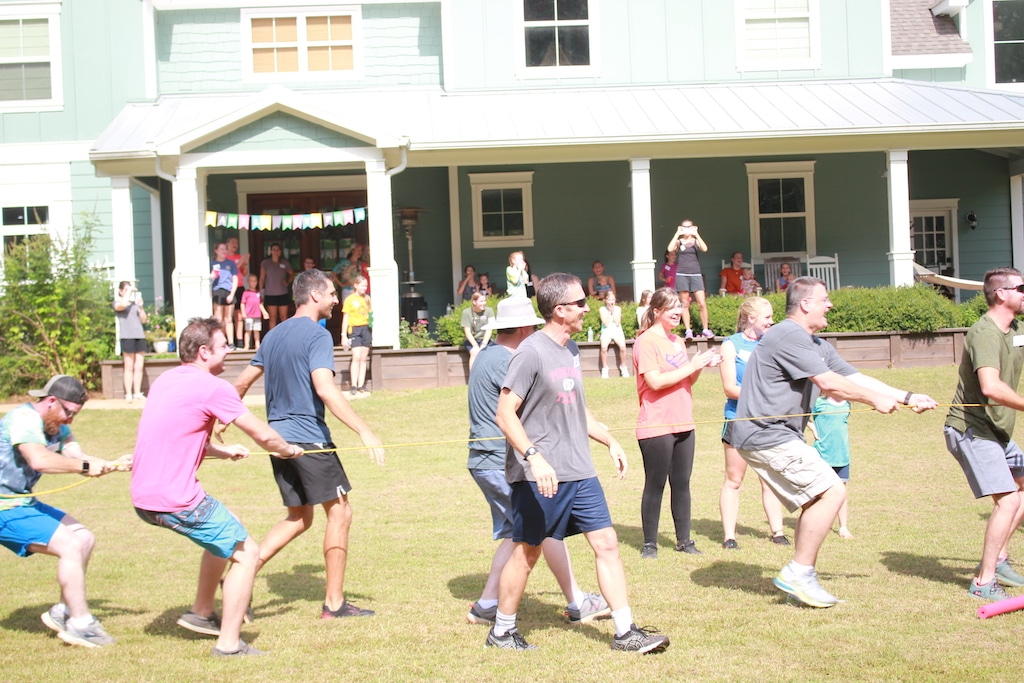 Our daughter Abby won the hula hoop contest this year, although one teen boy gave her some stiff competition. But all those years of practice helped her edge him out in the end. 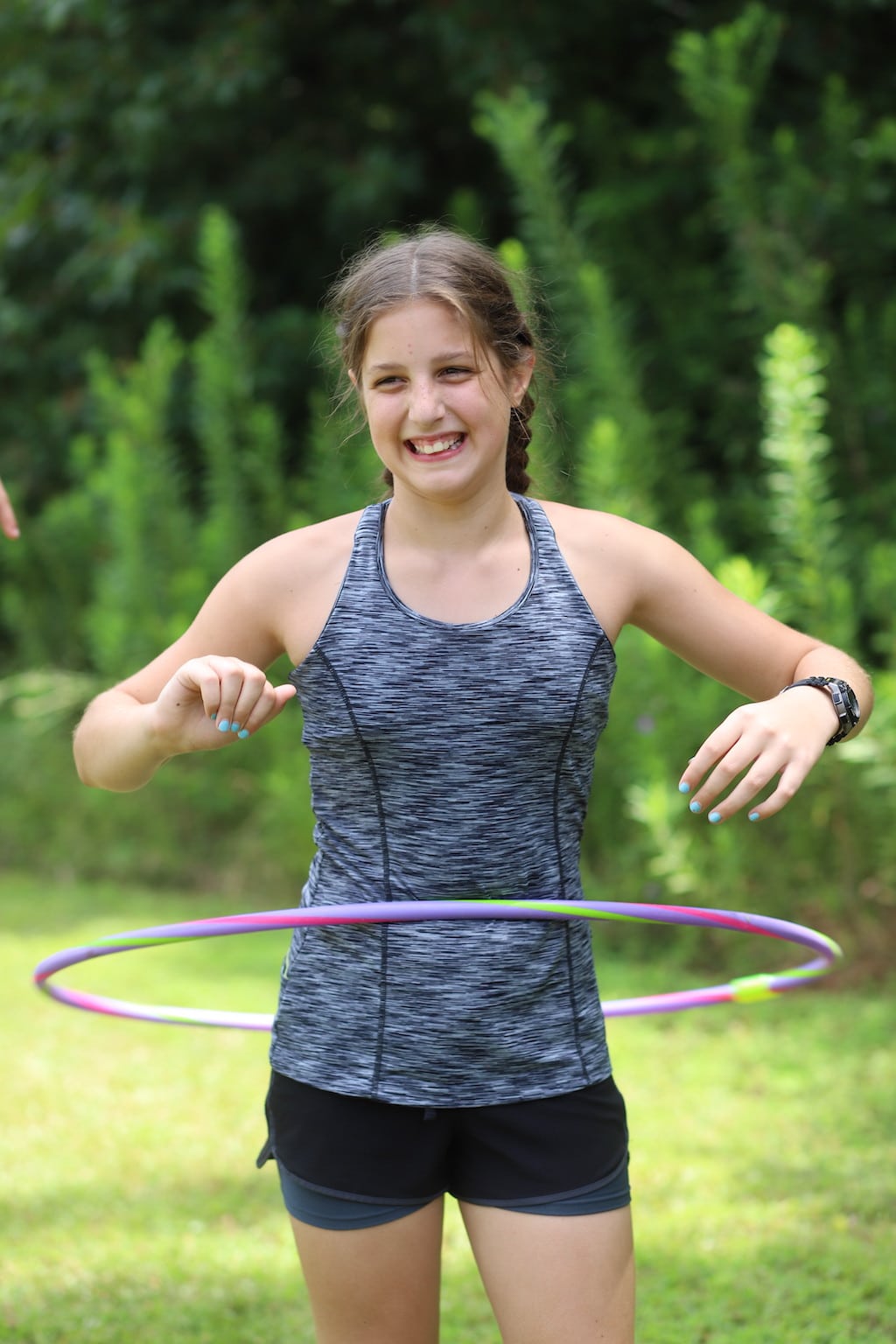 And the uphill run was enormously popular. 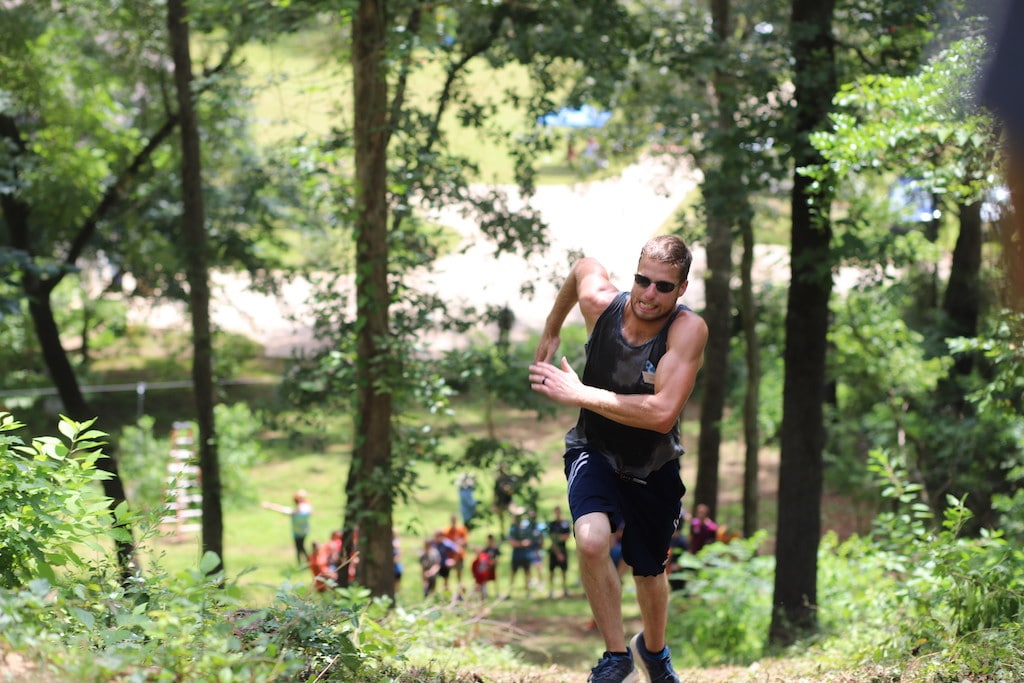 But the biggest crowd pleaser was our watermelon eating competition. We had to stage four separate heats of that race and polished off three whole watermelons in the process.

The trick to this event is that contestants must eat the melon with their hands held behind their backs. 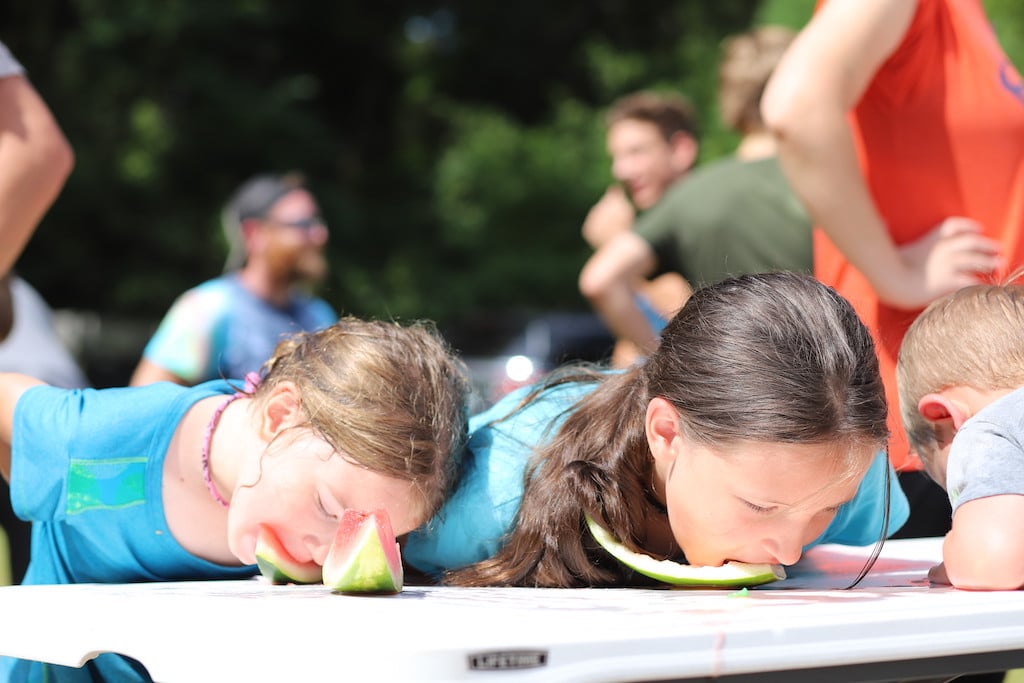 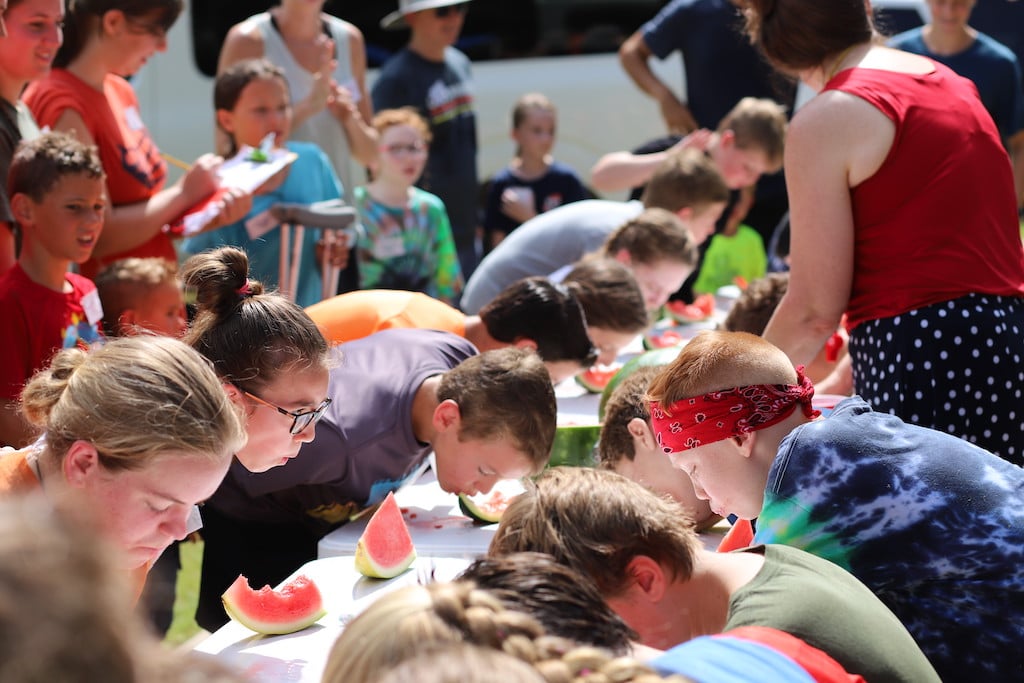 And that’s just a sampling of the day’s competitions. I’ve consolidated all our organizational charts, invitations, game instructions, pennant banners, and awards certificate templates into a 50-page file of printables. Download your FREE copy by following this link: Free Family Olympic Print Pack. 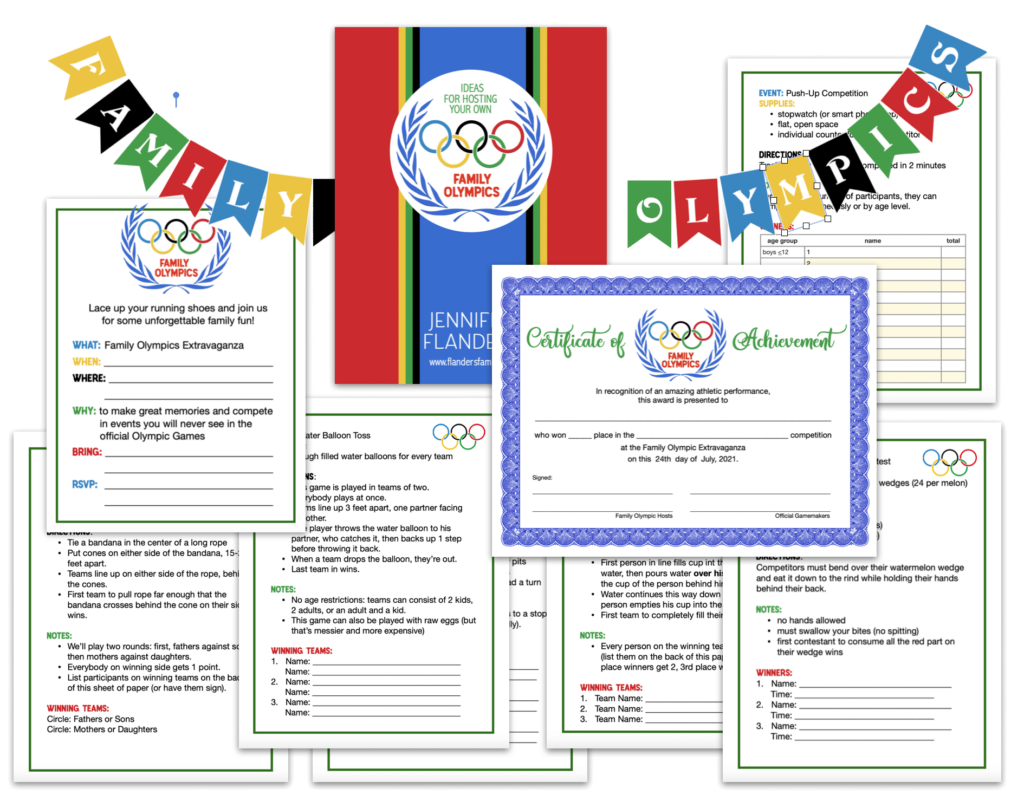