You are here: Home / Family Fun / 5 Things that Will Make Your Summer Better
573 shares 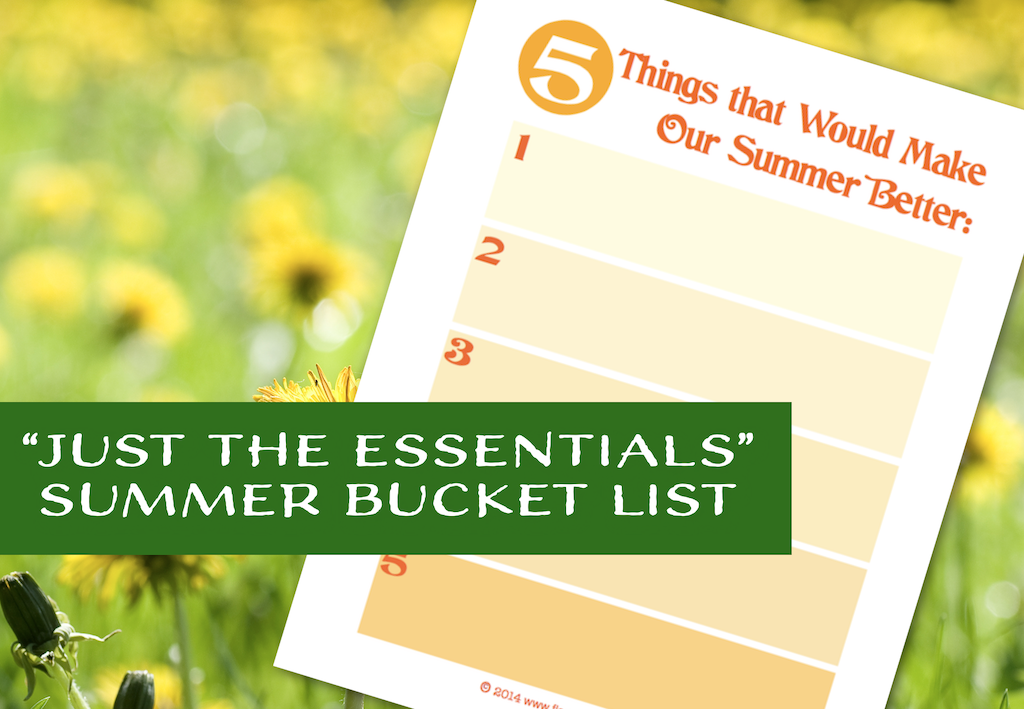 Can you believe that it’s June already? The year is already almost halfway over, and I know the next couple of months are going to fly by, as well. So I’ve been pondering a couple of questions this week: What would make my summer better? How would my kids answer that question? If we were to make an Essential Summer Bucket List, what would we include?

Are you interested in making this summer break a memorable one, too? Then you’d better get crackin’. I’ve published several summer bucket-lists of ideas for memory making in the past. Pick your favorite version in this bucket list round-up post.

That’s what I normally do once school lets out for the summer. However, this year I’ve decided to take a different approach to making summer plans.

A few weeks ago, I was straightening up some papers I found scattered on my couch. That’s when I spotted something interesting. Can you see it, too? 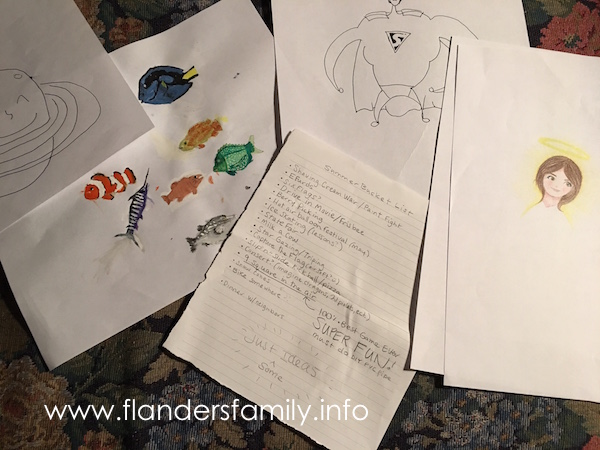 It’s a short list my 14-year-old daughter had jotted down, filled with all the things she wanted us to do as a family this summer. Doesn’t that just make your heart melt? 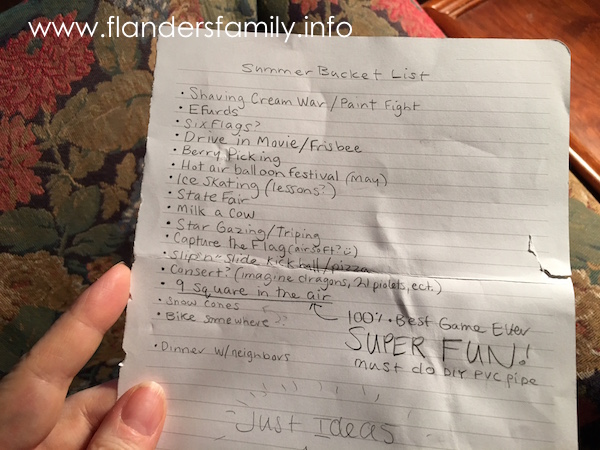 So I surreptitiously made a photocopy. And for the time being, I’ve made it my goal to accomplish as many of those bucket-list items as I can. We’ve already knocked off a few of the activities on her list, including going blackberry picking. 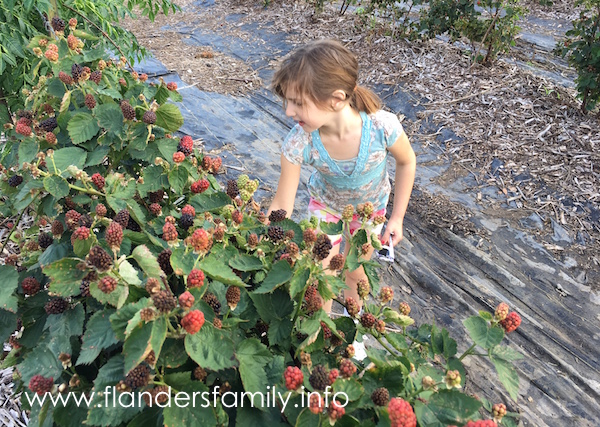 And having a shaving cream war. 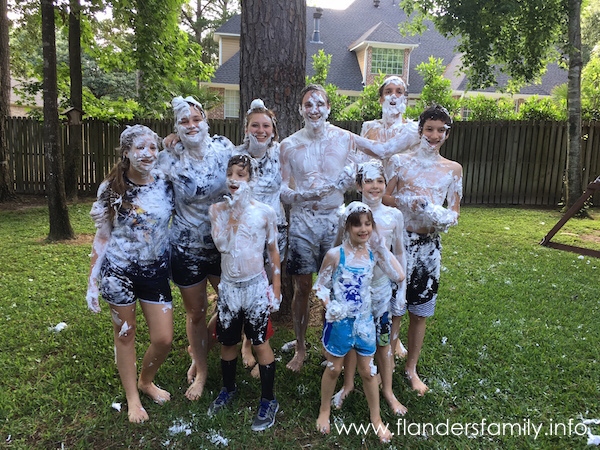 It’s been fun, but I wanted to get the other kids in on the planning, as well, so as to make certain we devote time to doing things this summer each of them really enjoy. That’s why I created this “Just the Essentials” bucket list — to poll them on the top five things they’d like our family to do this summer. To find out how my kids would answer the question, “What would make this summer better?” 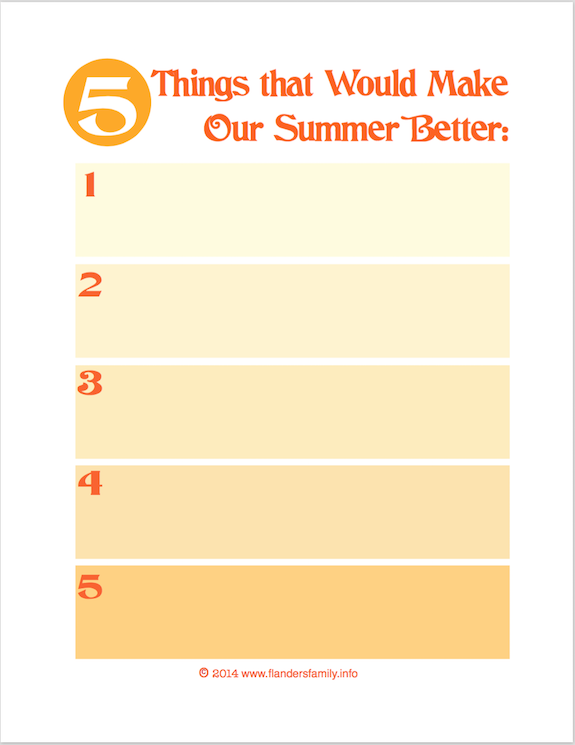 “Five things” is not overwhelming. Even with multiple children, there’s usually enough overlap to keep even our corparate “Just the Essentials” bucket list doable.

I’ve taken similar polls in the past before starting a new year or taking a trip or cultivating Thanksgiving or celebrating Christmas. And it has always been a very telling exercise. Try it yourself and use the results to compile a summer bucket list, tailor-made to your own family.

What do you suspect would make your child’s top 5 list? What about your spouse’s list? Or your own?

Now, test your theory. Were you right? 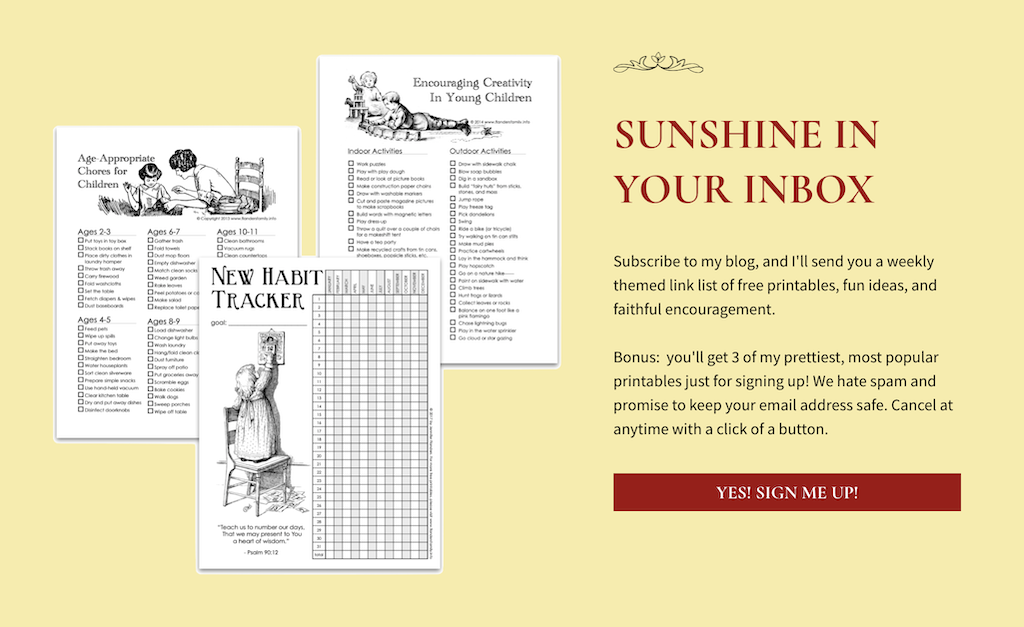 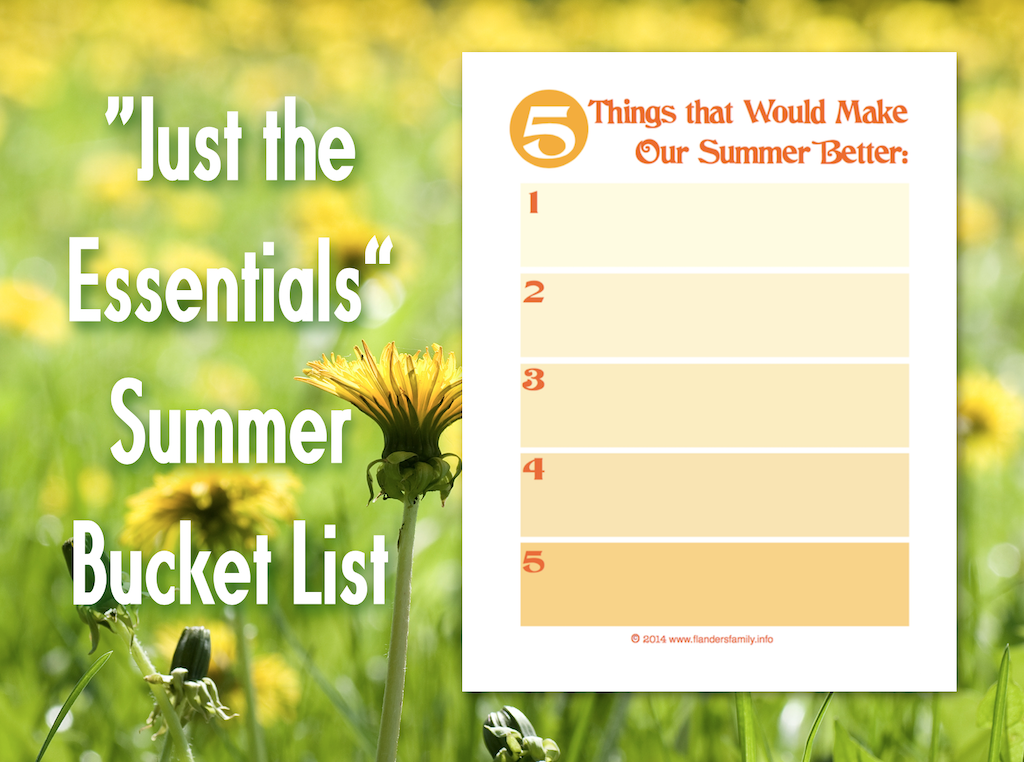