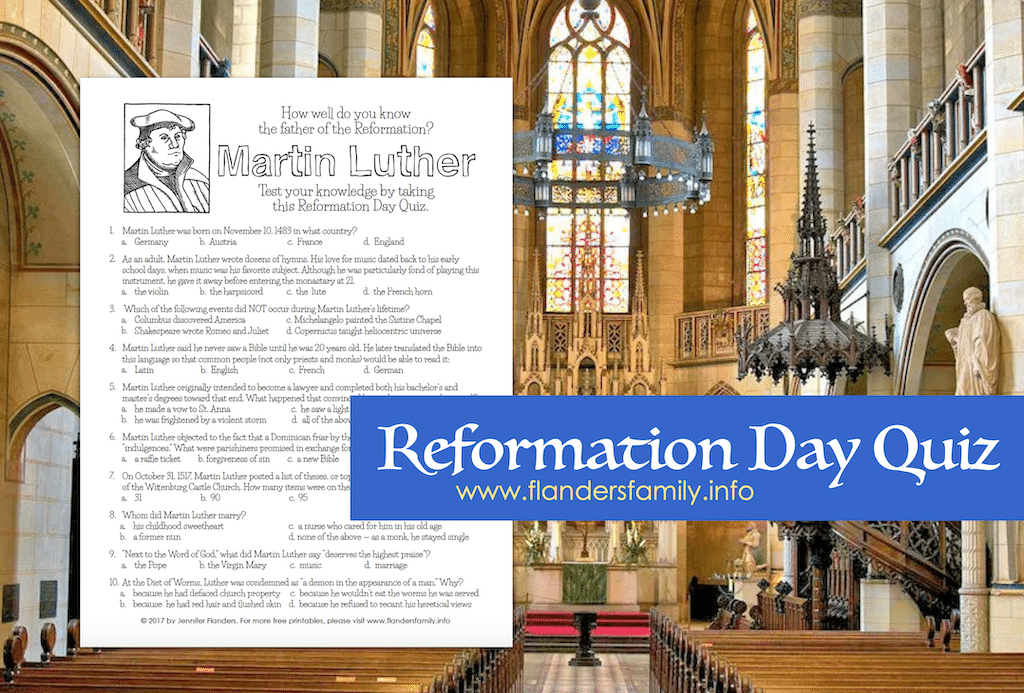 October 31, 2017 marks the 500th anniversary of the day Martin Luther first nailed his 95 Theses to Wittenburg Castle Church Door. So, in honor of the occasion, I’m sharing the following Reformation Day Quiz. Use it to test your knowledge of Martin Luther’s life. (Scroll down for a free printable version.)

When you’re done, you’ll find the answer key on page 2 of the PDF. But be careful not to peek at it until you’re finished taking the quiz! 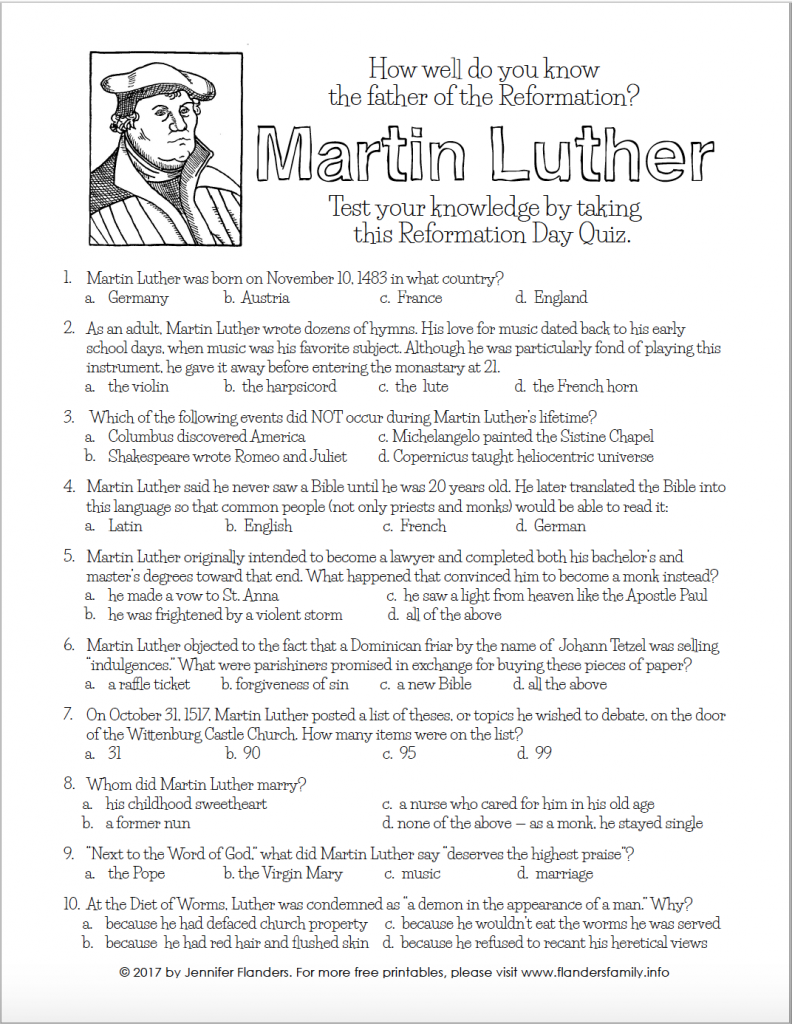 Want to brush up on your history before trying your hand at this quiz? Or teach your kids about the Father of the Reformation? You can read Martin Luther: A Man who Changed the World in a single sitting. And that holds true for watching a biopic of Luther’s life, as well.

Need more ideas for celebrating Reformation Day? You can read how our family has marked this holiday and download many more free printable resources by following this link: Remembering Reformation Day. There you’ll find hymns, quotes, coloring pages, and a printable copy of Luther’s original 95 theses. 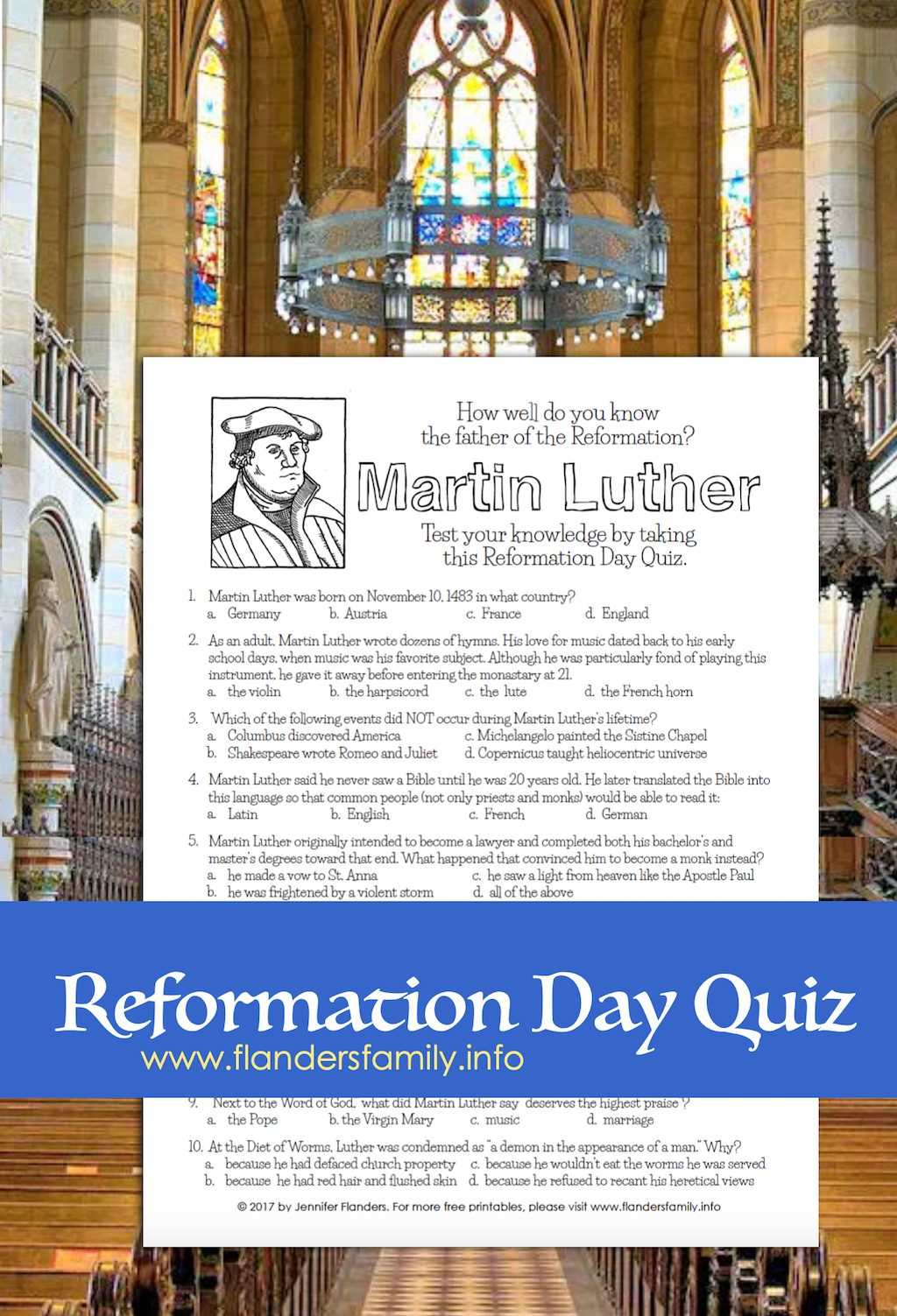