You are here: Home / Free Printables / In the Word on Wednesday: Mark 1:17 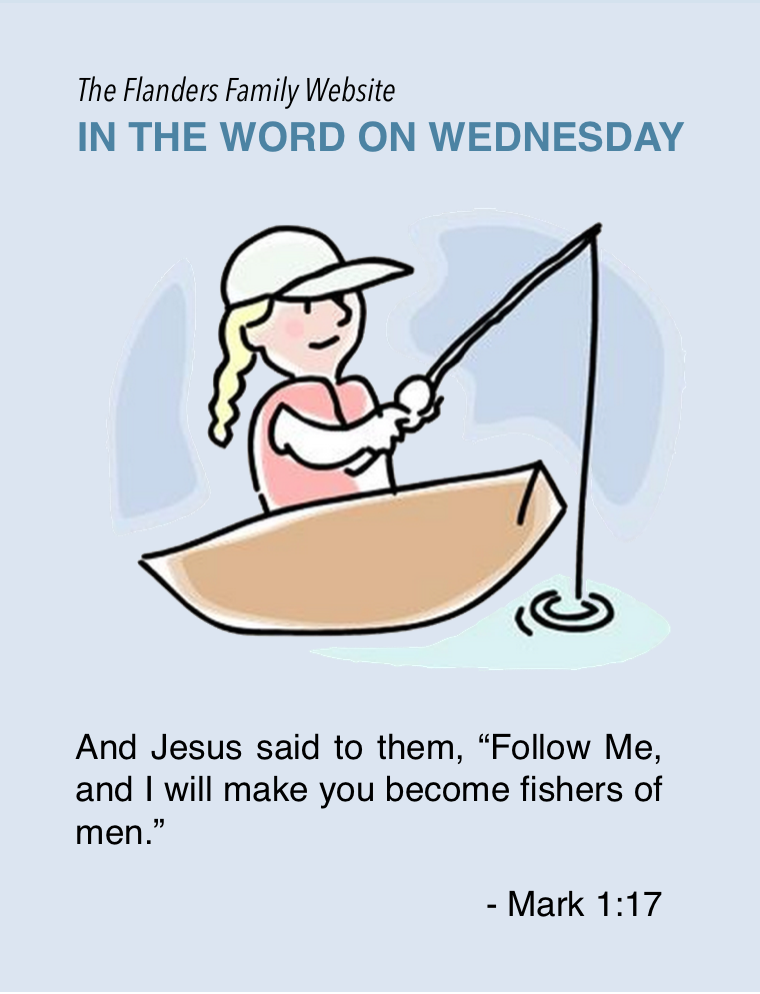 This week’s verse is a call to re-examine our priorities:

When Jesus called His disciples, we are told they left everything and followed Him. (Luke 5)

Yet, a few chapters later, we see that following Jesus did not mean they forsook fishing forever. They obviously were still eating fish. (Mark 6:40-43) And they were still catching them, as well. (Matthew 17:27, John 21:10-11)

So the disciples were evidently allowed to fish for fish, as well as for people.

What changed when they became followers of Jesus was their mindset. Their priorities. Their consuming passion.

They shifted their primary focus from temporal matters (the daily catch that earned them a living) to eternal matters (the divine call to carry the gospel to the ends of the earth).

The same should be true of us.

Certainly, a commitment to following Christ should be accompanied by a turning away from sin. But those things that aren’t sin? Eating, sleeping, working, going to school, changing diapers, keeping house — many of the things we had to do before becoming a Christian, we will still need to do afterwards.

What must change is our mindset.

Instead of living only in the here and now, we must learn to view every activity in light of eternity. (Colossians 3:1-3) To do everything we do for the glory of God. (1 Corinthians 10:31) To let His light to shine through us to a lost and dying world. (Matthew 5:16) And to always be ready to give account for the hope that lies within us. (1 Peter 3:15)

I decided to convert this verse and the others from this set of Scripture memory cards into handwriting copywork for my children, for extra review. The sheets are all in cursive.

I understand that many schools have stopped teaching cursive writing now, but if you have a child — even a very young one — who struggles with reversing letters, I recommend you give cursive a try.

One of my little ones was getting increasingly frustrated with penmanship, such that handwriting practice for hiim usually ended in tears, until I introduced him to writing in cursive. Now he loves it, and for the first time ever, his handwriting is neat and legible.

Instead of having to stop at every. single. letter. and recall which direction the pencil must move first, cursive allows the writing to flow smoothly and evenly. So we are keeping at it with lots of practice sheets like these: 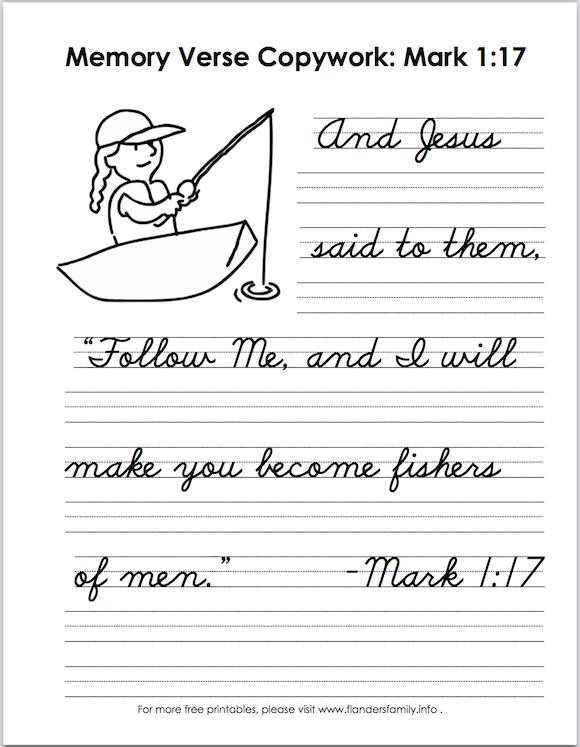 All the verses in this set of handwriting sheets are also included in our first set of Scripture Memory Flashcards. Just click the image below to print: 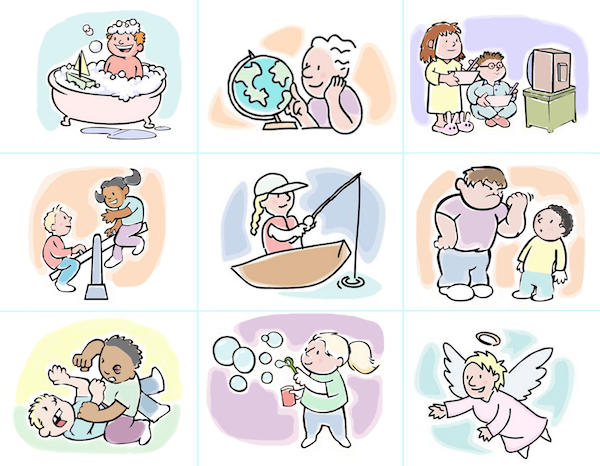 My kids have been giving me grief lately because,