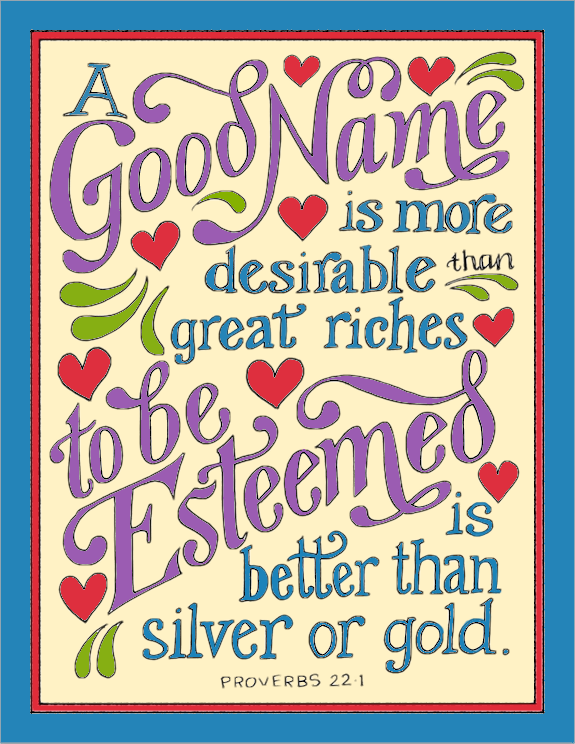 My mother tells a story about her father that I’ve always found very intriguing. I’m not sure how old he was when he was finally issued a formal birth certificate, but it was late enough that he was able to pick the name that went on it himself.

For the first few years of his life, his family called him “Pete.” But around age six, he purportedly told his mother, “If you call me John, I’ll answer.” And from that day forward, John he was.

I have a son who tried hard to follow his great grandfather’s example. When he was four, he begged us to call him “Whale Boy Rob.” Later is was “Green-Eyed Billy Joe.” We’d humor him for awhile, but (thankfully!) none of those alternative monikers stuck.

Nevertheless, these are the stories that immediately came to mind when I found out today is “National Name Yourself Day.” Having (and maintaining) a good name is important. The Bible bears this out:

“A good name is more desirable than great riches;
to be esteemed is better than silver or gold.” (Proverbs 22:1) 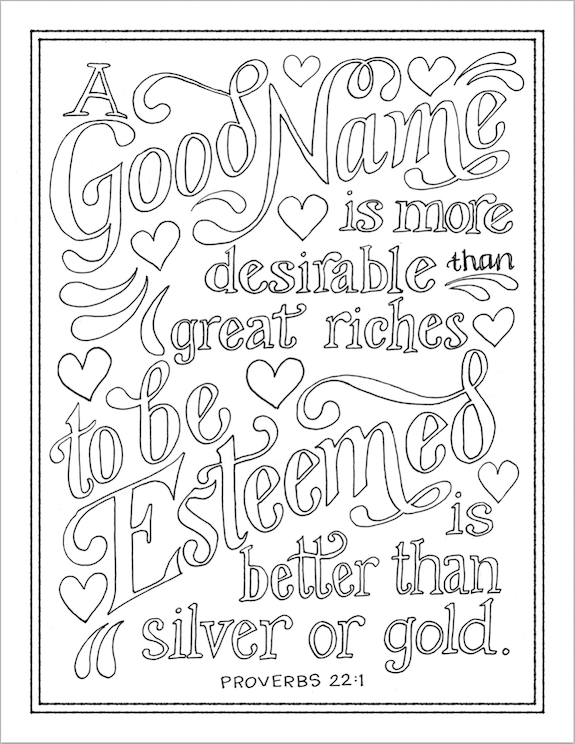 Of course, this verse isn’t talking about actual names as much as it’s speaking of reputations. Most of us didn’t get to choose our own name, but we can choose the character and behavior that becomes associated with our name.

If you don’t like your name, you can have it legally changed. It will cost you something in terms of time, money, and hassle factor, but it can be done.

Likewise, if you don’t like your reputation, you can change that as well. It isn’t easy to do so, but it is possible.

Do you have a reputation for being short-tempered? Lazy? Argumentative? Stubborn? Mean? Prideful?

Would you rather be known for your patience, strong work ethic, wisdom, kindness, humility, and generosity?

Then change your behavior. Consistently and conscientiously make a point of doing the right thing, and your reputation will eventually catch up to you.

778shares
« Birds to Draw, Color, Feed, and Photograph
31 Verses to Pray for Your Husband (Free Printable) »

I spotted this sign at Rocket Fizz and laughed so

I scored the needlework canvas for this pretty lit

Covid restrictions may have kept us from hosting o

Family game night with the newest acquisition for

We’ve been getting all sorts of chores and home

Looking for a last-minute Fathers Day gift? Our fr

So last month, Daniel walked from Texas to Arkansa