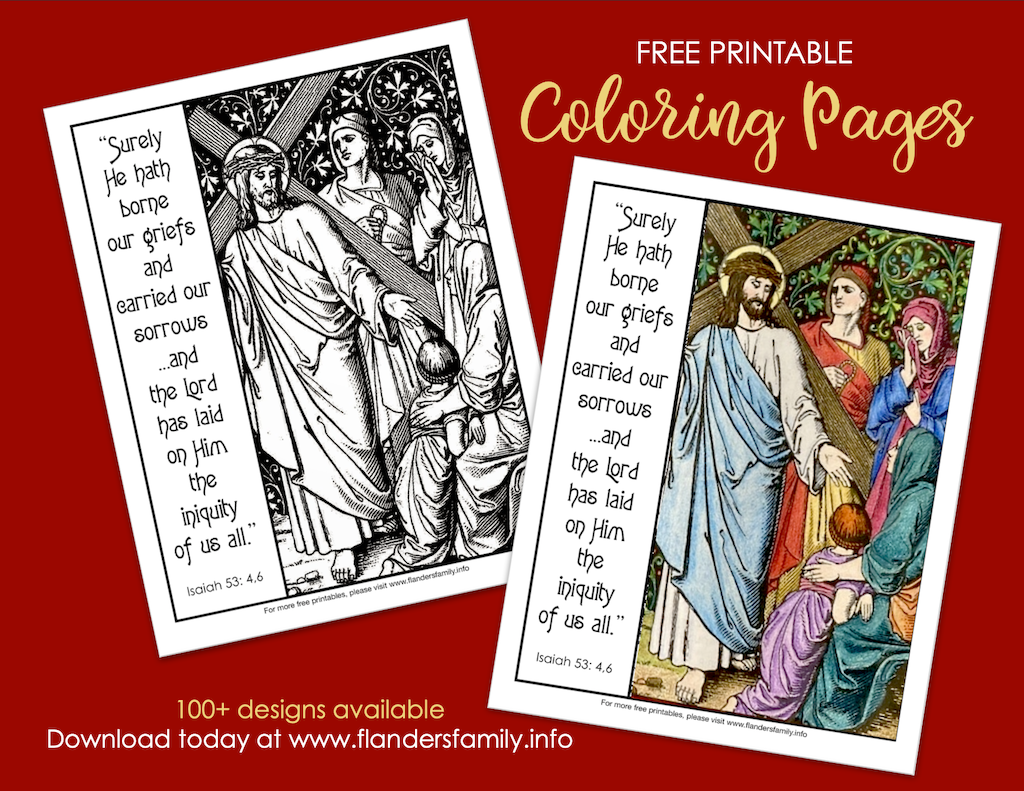 I didn’t want Easter Sunday to pass without sharing a couple of coloring pages with you. The first, He Carried our Sorrows, showcases Isaiah 53:4-6.

Surely He has borne our griefs and carried our sorrows. Yet we esteemed Him stricken, smitten of God, and afflicted. He was wounded for our transgressions. He was bruised for our iniquities. The chastisement of our peace was upon Him. And with His stripes, we are healed. All we like sheep have gone astray. Everyone has turned every to his own way. And the LORD has laid on Him the iniquity of us all.

He Carried our Sorrows 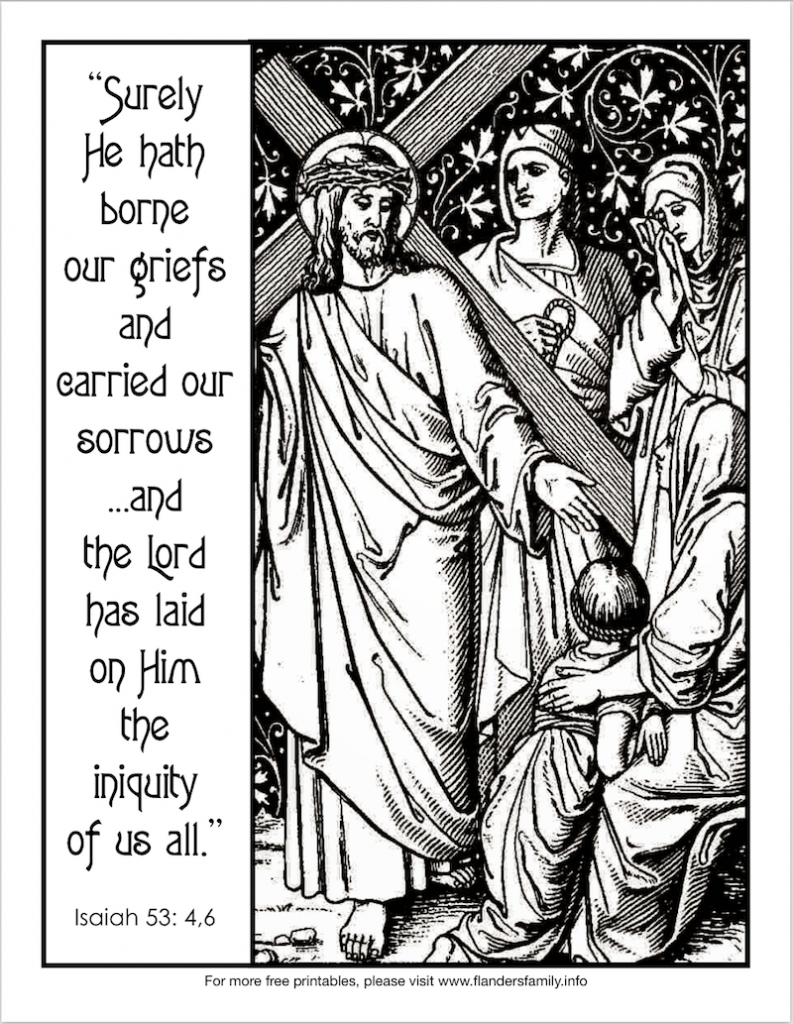 click to print He Carried Our Sorrows coloring page

But thankfully — thankfully — the story doesn’t end with Jesus’ death on the cross. As we read in the book of Acts, Christ didn’t stay in the grave. Death couldn’t keep Him.

God raised Him from the dead, releasing Him from the agony of death. Because it was impossible for Him to be held in its clutches. (Acts 2:24)

Which brings us to the subject of this week’s second coloring page. Jesus reigns victorious! He conquered sin, death, and the grave! 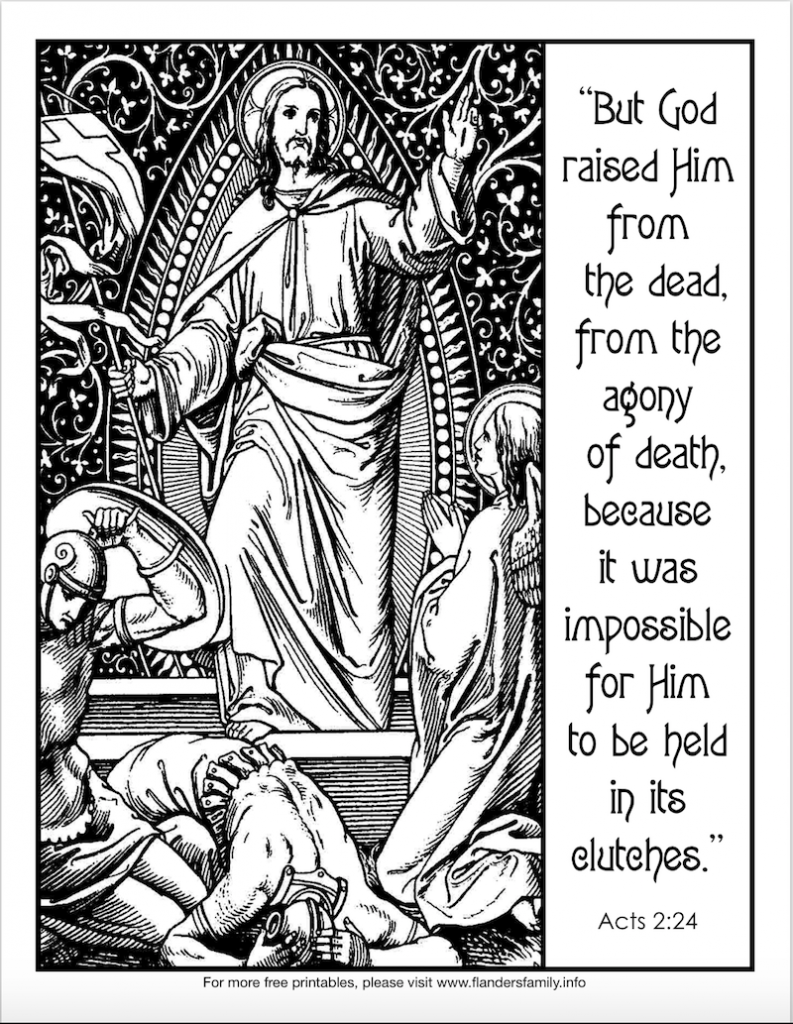 Now after the Sabbath, as it began to dawn toward the first day of the week, Mary Magdalene and the other Mary came to look at the grave. And behold, a severe earthquake had occurred.

For an angel of the Lord descended from heaven. He came and rolled away the stone and sat upon it. His appearance was like lightning, and his clothing as white as snow. The guards shook for fear of him and became like dead men.

The angel said to the women, “Do not be afraid. For I know that you are looking for Jesus who has been crucified. He is not here, for He has risen, just as He said. Come, see the place where He was lying. Then go and quickly tell His disciples that He has risen from the dead. And behold, He is going ahead of you into Galilee. There you will see Him; behold, I have told you.”

We Have Nothing to Fear

Isn’t that fantastic news? Christ is risen. He is risen indeed! And His victory over sin and death means sin and death can no longer reign over us. Christ’s sacrifice frees us from Satan’s clutches. Hallelujah! That’s good news, for sure!

By way of disclaimer, the artwork for both these coloring pages comes from the public domain. Aren’t they beautiful? I simply paired each scene with related verses so it would better fit the page.

Both designs are included in Because He Lives. This new devotional journal for Easter contains scads of similar artwork, word studies, journaling pages, and related Scripture verses. 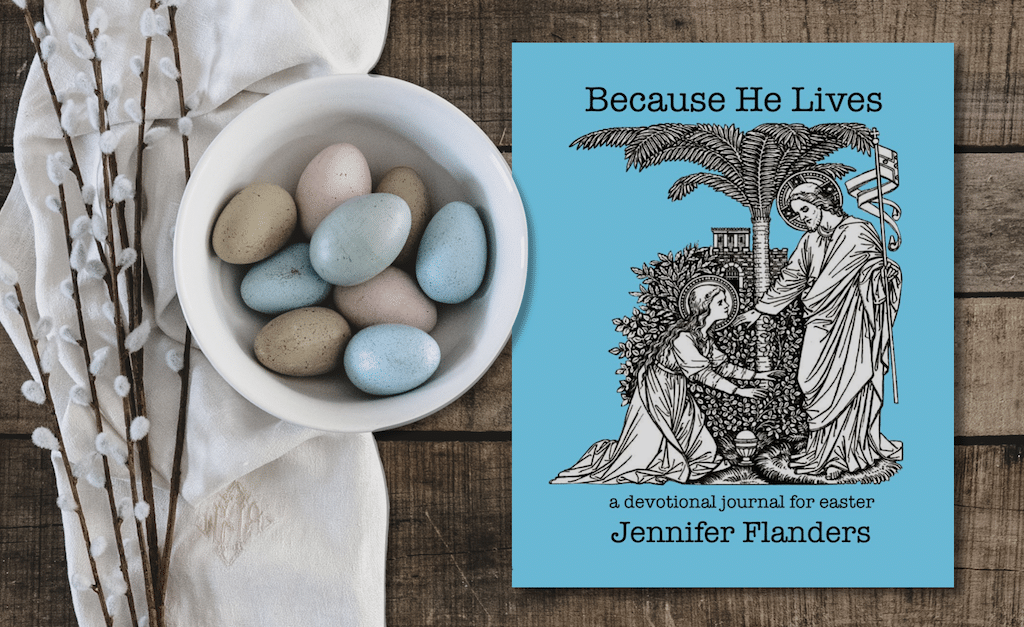 This book joins my growing collection of devotional journals. For a closer view, just click the image below.

I had fun coloring these pages in my own journal. Want to glimpse how they turned out? I painted the page borders with acrylic paint and used Prismacolor pencils on the artwork. 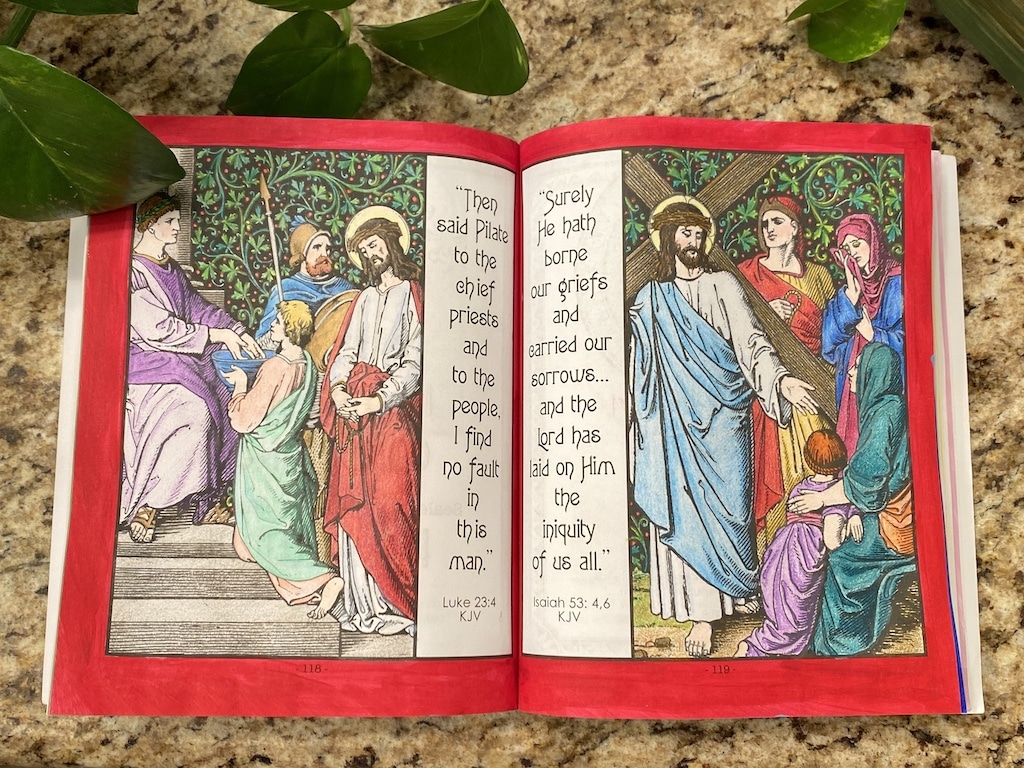 Incidentally, I finished another fun project for Easter this year, as well. I’ve always enjoyed writing Christian lyrics for popular show tunes. Therefore, I recently did this for one of the songs in The Greatest Showman. A new music video to add to our growing collection of popular song parodies.

This one joins other music videos we’ve made in the past to celebrate Christ’s Resurrection. Namely, Let Them Know, which is a rewrite of “Let It Go” from Frozen. And All about God’s Grace, which is a parody of Meghan Trainor’s “All about That Bass.”

The new video expounds on a passage in Romans. There we learn that all the powers of evil and darkness weren’t enough to keep Jesus in the grave. And they’ll never be enough to separate us from His love, either.

As the Bible assures us, “neither death, nor life, nor angels, nor principalities, nor things present, nor things to come, nor powers, nor height, nor depth, nor any other created thing, will be able to separate us from the love of God, which is in Christ Jesus our Lord.” (Romans 8:38-39).

Just think about that! Meditate on the everlasting, sacrificial love of Jesus. As you celebrate Easter this year, center your thoughts on Jesus? He bore our grief and carried our sorrows. He died in our stead, but didn’t stay dead. Christ is risen! Put your hope in Him, and in Him alone.

Would you do me a favor? I would absolutely love for you to share one of the above mentioned music videos on social media this season. Would you be willing to do that? Easter is the perfect time to spread the good new of Christ’s death and resurrection. 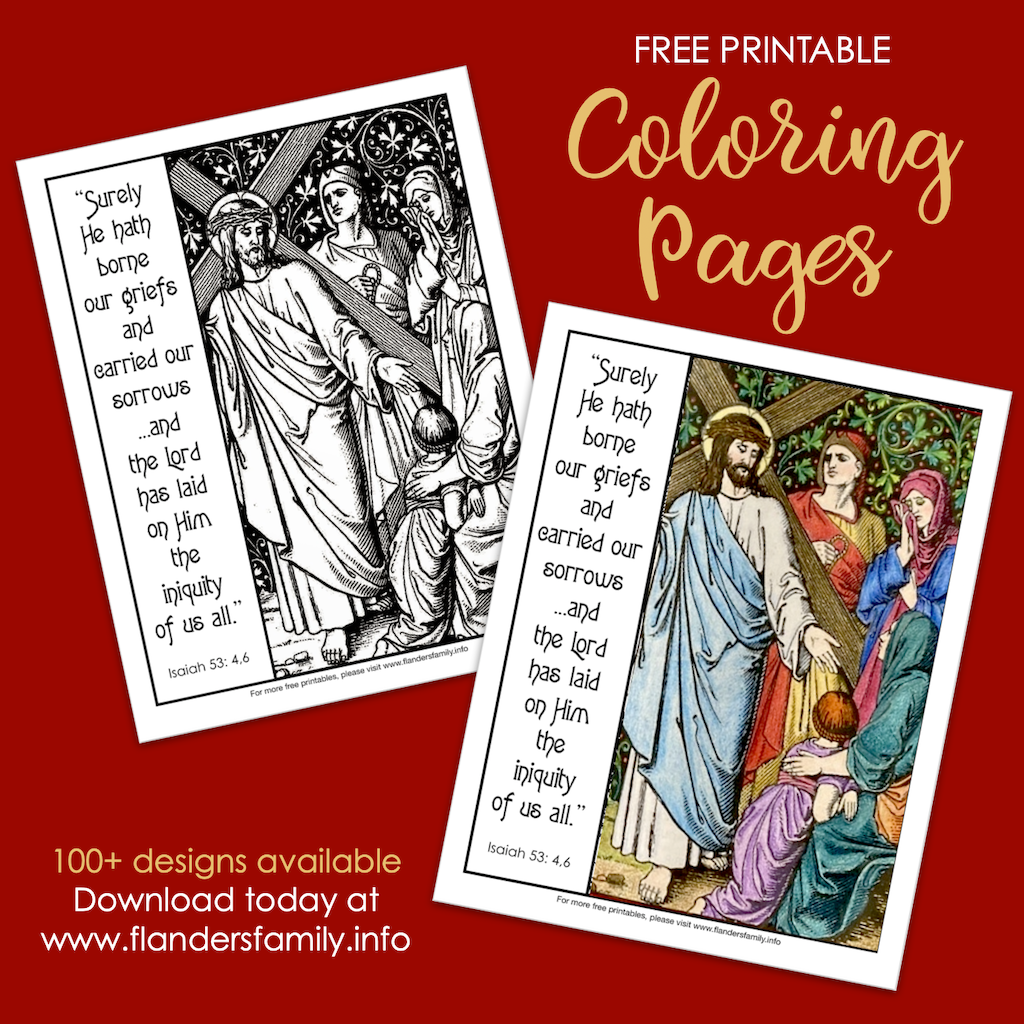