You are here: Home / Health / Diabetes Warning Signs You Can’t Afford to Miss 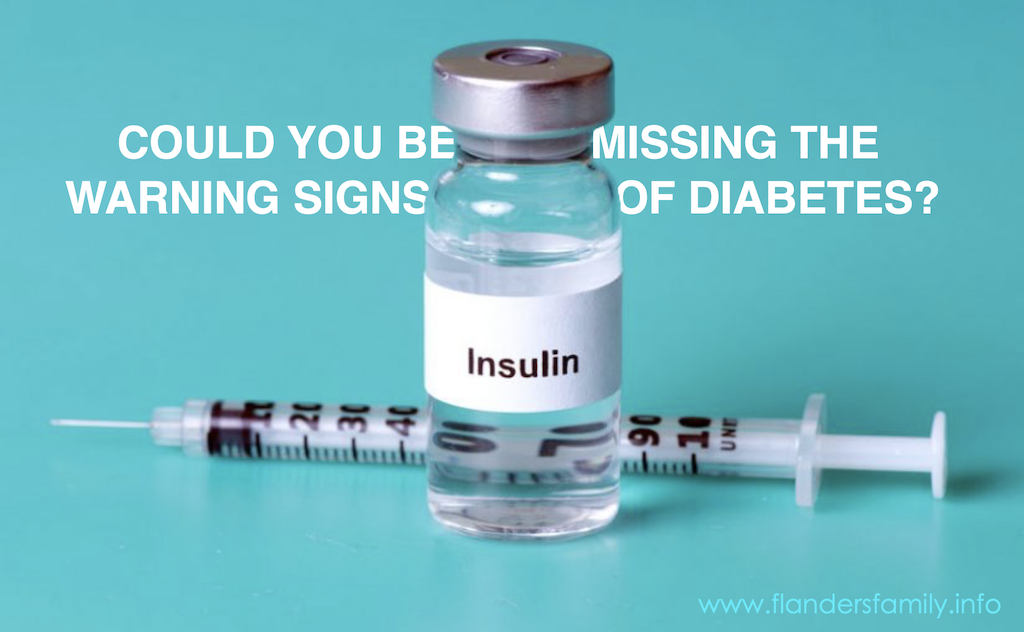 If you’ve been reading this blog for very long, you already know that we have twelve children. What you may not realize, however, is that three of our sons have Type 1 diabetes. Since November is National Diabetes Awareness Month, and because early warning signs are often easy to miss, I thought now would be a good time to share our story…

Our first son was diagnosed with Type 1 diabetes shortly before his second birthday. He had been sick for nearly a month, but since he was just a baby and we had no family history of diabetes, it was weeks before anybody bothered to check his blood sugar. 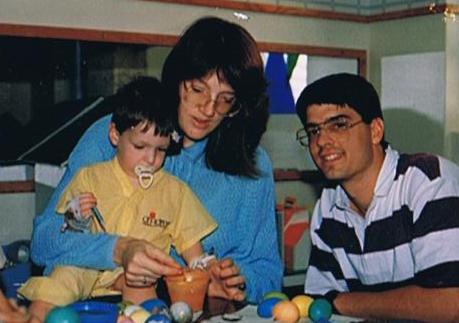 By the time the diagnosis was made, he was so weak and dehydrated that it took a week at Children’s Medical Center in Dallas to get him stabilized.

We are fortunate he even survived.

Diabetes is the seventh leading cause of death in the US. One study suggests that nearly a third of people who’ve died from diabetic ketoacidosis (a condition brought on by severe insulin deficiency) didn’t even know they had diabetes until it was too late.

So it’s important to know the telltale signs of diabetes. These include excessive thirst, frequent urination, increased appetite, and sudden weight loss.

Before our toddler got sick, he’d ask for a sip of water before bed and would wake up with a slightly wet diaper the next morning. Once his insulin-producing cells shut down, he’d drink six full cups of water at a time and still beg for more.

Of course, repeated requests for water have been used by children for ages to postpone bedtime. Yet Jonathan was so emphatic in his requests and guzzled the water so appreciatively once he got it that we reluctantly cooperated with his new nightly shenanigans.

But these suspected stall tactics were not without cost. By morning, not only would our baby’s diaper be drenched, but his pajamas, sheets, and mattress pads would be soaked as well.

Even lining his crib with bath towels and switching the sopping diapers out for dry ones several times a night didn’t help. Our baby still woke up looking like he’d gone for a swim with his clothes on. Something was obviously and seriously wrong.

When another of our sons was diagnosed with Type 1 two decades later, the warning signs were subtler. He was thirteen, so the fact he was eating more than normal didn’t alarm us.

Isn’t that what teenagers are supposed to do?. Have you ever met a growing boy who isn’t hungry all the time? He spent lots of time playing outdoors in the heat of summer, so it seemed reasonable for him to be drinking more, as well. 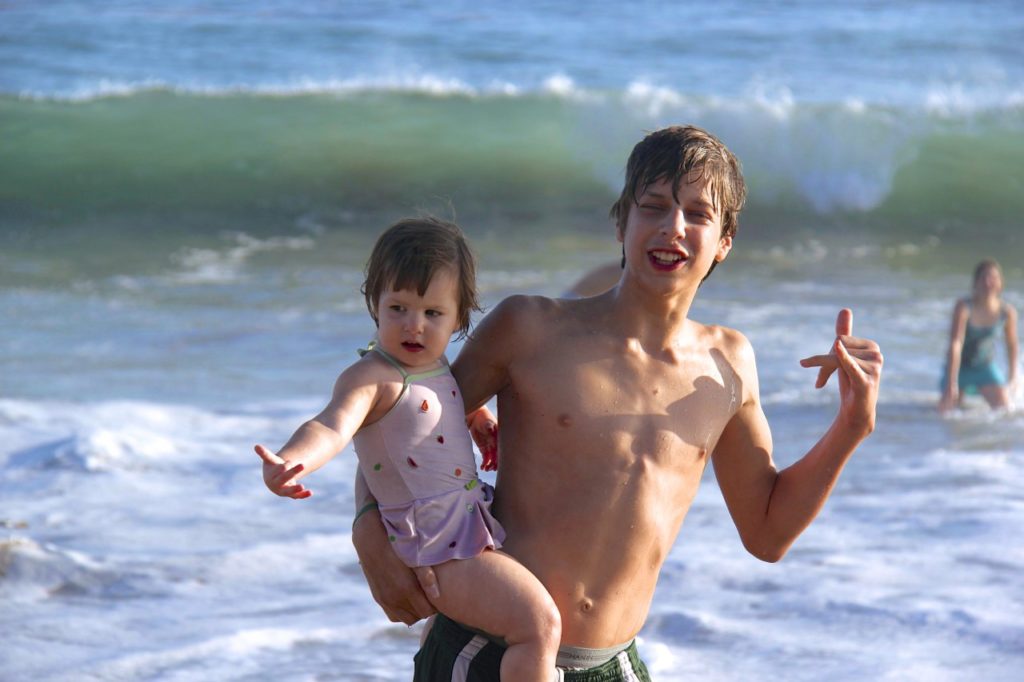 Yet, despite the amount of food and fluids he was constantly consuming, our boy was looking thinner and thinner.We mistook his weight loss for a sudden growth spurt. We thought he was just looking thinner because he was getting taller.

And since most teenagers don’t notify their parents every time they need to use the restroom, we didn’t realize there was a problem in that department either.

Until my husband was stuck in the car with him for an extended road trip, that is. And Joseph requested a bathroom break every 20 minutes.For eight house straight.

After that, my husband knew something was wrong. He borrowed Jon’s glucometer to check Joe’s blood sugar, which confirmed his suspicions. They scrapped the other father-son activities they’d planned and spent the weekend meeting with a local endocrinologist for a crash course in diabetic education.

Secondary Signs and Symptoms of Diabetes

By the time the third of our diabetic children was diagnosed at age six, we were doubly seasoned at recognizing the warning signs. We caught his very early.

Daniel asked his dad if he could get a drink from the water fountain during church one Sunday, then panicked when Doug told him to wait until the service was over. The look of desperation in his eyes after a second, similar request a week later prompted us to check his blood sugar, which revealed that he, too, has Type 1 diabetes.

That was followed by a 15-minute visit to the doctor’s office during a holiday weekend, and Dan’s been taking insulin ever since. 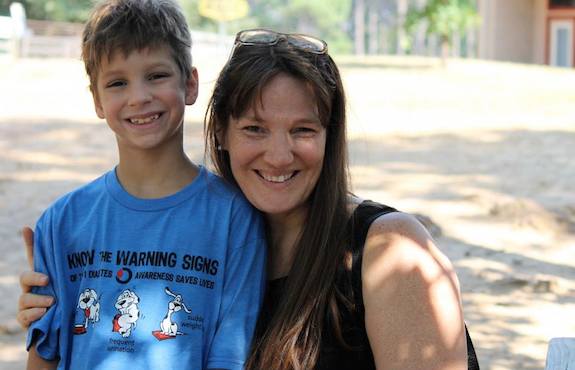 In addition to the classic signs listed above, there are some secondary symptoms you may want to watch for:

Type 1 diabetes occurs when the body attacks and kills off the insulin-producing cells of the pancreas. This is different than the much more prevalent Type 2 diabetes, in which the pancreas still makes insulin, but the cells are resistant to it. While Type 2 can often be managed with diet and exercise, there is no known cure for Type 1 diabetes — it is a relentless disease.

Those afflicted with it never get any time off. They must monitor their blood sugar and receive insulin injections several times a day, every day, for as long as they live. But with good management and a strong support system, they can still live a full, happy, healthy life.

If you or somebody you know exhibits any of these warning signs of diabetes, please ask your doctor to be tested immediately. One tiny finger stick is all it takes to know for sure. But do it without delay. Undiagnosed diabetes can be deadly:

If the finger-prick test is positive, I would also recommend you get involved with a local support group. For those living in East Texas, there is no better place to start than Tyler Type One Foundation, “a local support group established to reach out to newly diagnosed children and families with practical help, education, and friendship.” 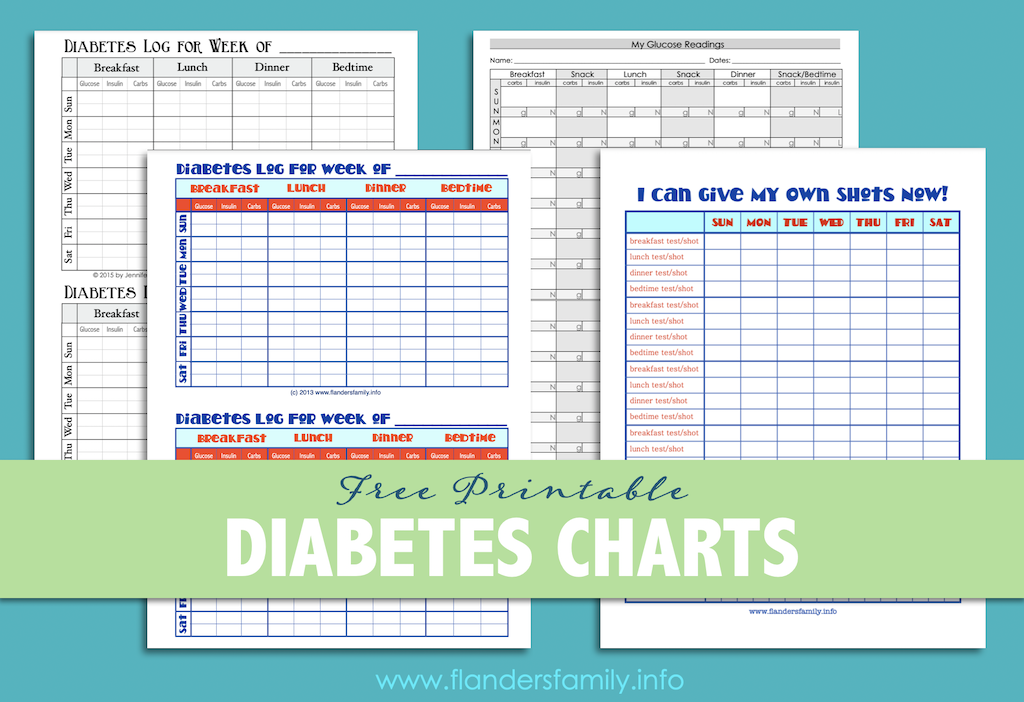 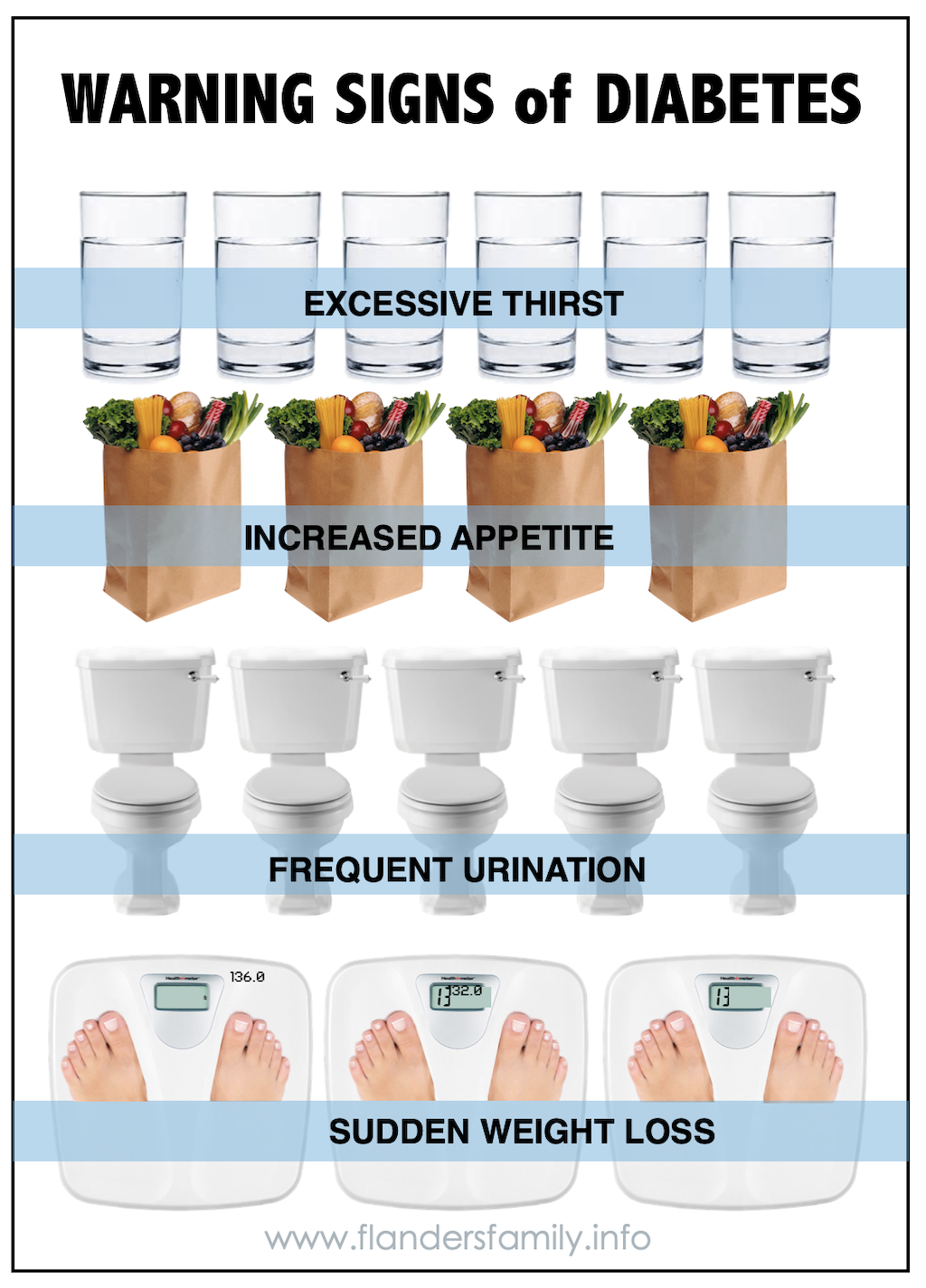 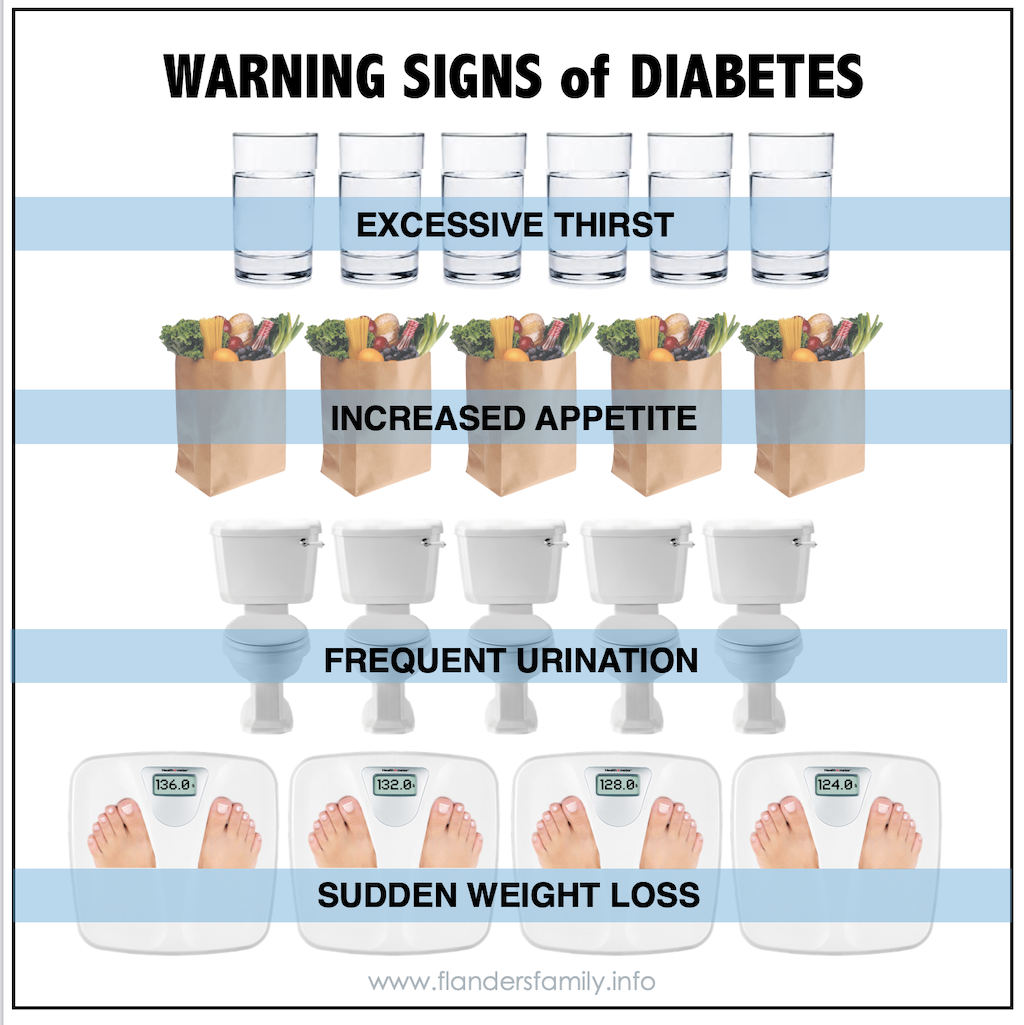 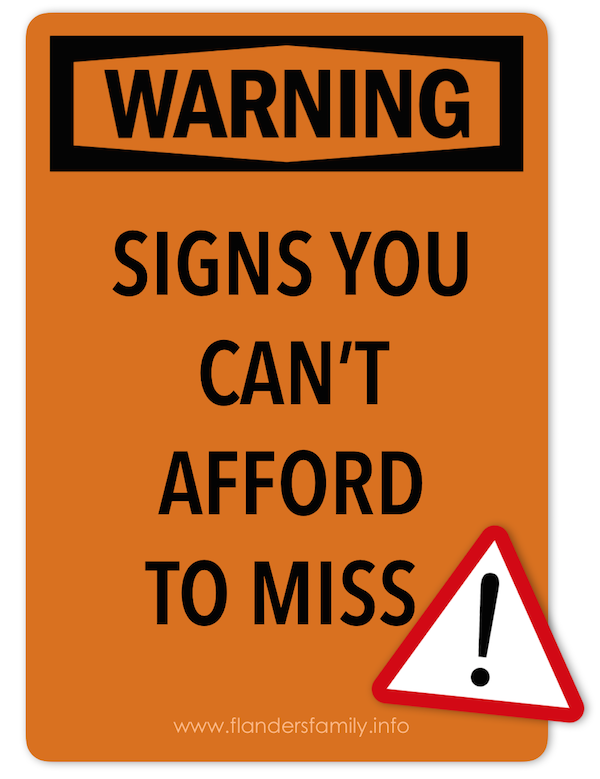