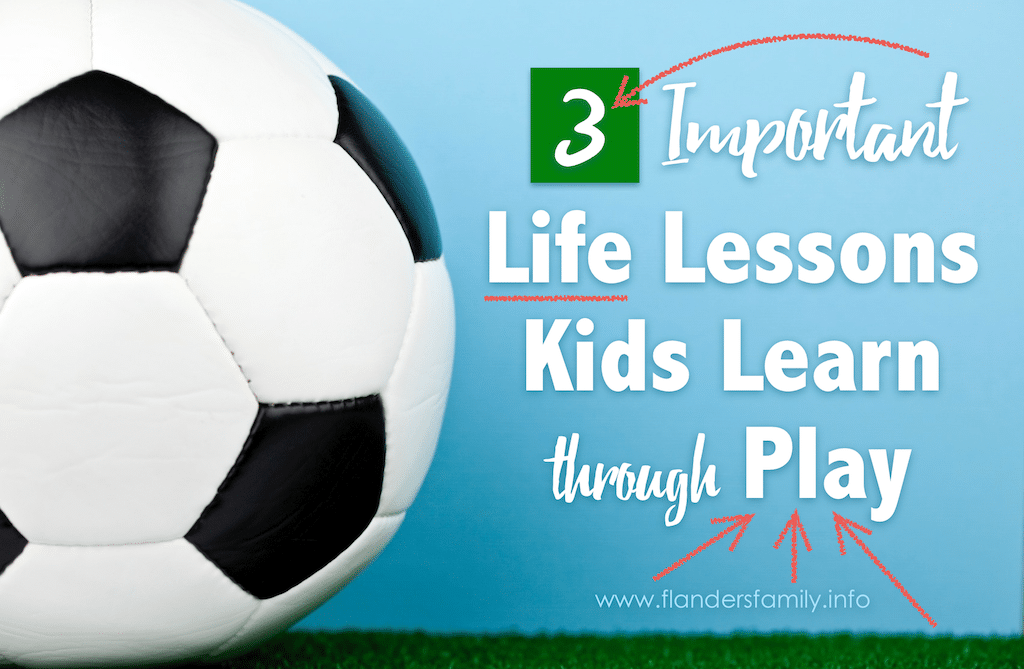 Whether they are gathered around the kitchen table with a deck of cards, shooting hoops in our driveway, or tossing a Frisbee with friends at a neighborhood park, they can often be found doing something competitive with their minds or muscles.

For the most part, our family has managed to avoid organized sports. I don’t know how mothers with even one child in a travel league do what they do – multiply all the midweek practices, private coaching sessions, and away games by twelve kids, and it becomes logistically impossible to keep the pace. Still, we recognize there are many important life lessons to be learned through play, so we purposefully set apart at least a little time for sports and games.

During the summer months, we swim, play tennis, and ride bikes. During the winter, we break out the board games and basketballs and ping pong paddles.

Competition has a way of revealing character deficits in children — and sometimes in their parents, as well. That’s one of the main reasons we continue to play.

Learning to win graciously and to lose with dignity takes a lot of practice. Some of our family members must summon a great deal of self-control to quell their disappointment when they lose.

Several years ago, when our most competitive sons were younger, my husband found a great way to reinforce the good character traits we wanted to see all our children develop: He’d grab a couple of basketballs every night after dinner and take the kids out to the driveway to shoot hoops in a family “Knock Out tournament.” Anyone who failed to control his temper during the game got to serve as “guest speaker” during Bible time afterward by reading aloud selected passages from Proverbs for Parenting, a topical arrangement of Scripture under such headings as anger, pride, patience, and humility.

Those old clichés coaches have been using for years are still true and represent some of the best lessons to be learned through competition — and underscore Biblical themes, at that:

These are important life lessons for all of us to remember – children and adults alike. The world would be a much better place if everybody would learn to play nice, don’t you agree?

This post was first published on 11/9/16 in my weekly “Family Matters” column for the Tyler Morning Telegraph.

« Warning Signs You Can’t Afford to Miss
Free Coloring Page: Forget Not All His Benefits »