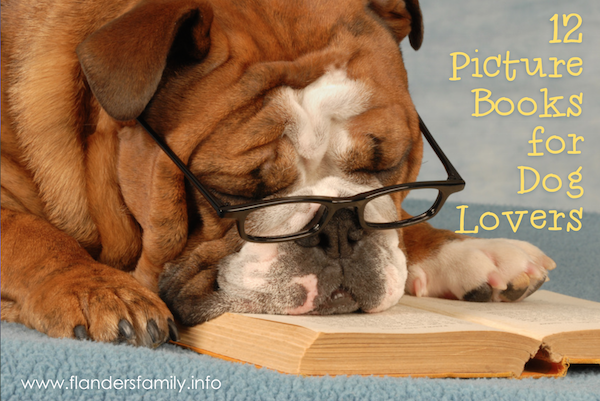 Since tomorrow (August 26) is National Dog Day, I thought I’d share some of our family’s favorite picture books about these furry, four-legged friends. If you’re a dog lover (or are the parent of a dog lover), you’ll want to check these titles out ASAP:

Do you love picture books? If so, you can peruse more of our favorites, on other themes, by following this link: Flanders Family’s Favorite Picture Books

Do you love quirky holidays? You’ll find a lot more reasons to celebrate in our monthly holiday series.

Do you love dogs? Do you have any favorite titles you feel deserve a place on this list of picture books for dog lovers? If so, please share them in the comment section below!

59 shares
« So Long, Summer. Hello, Organization & Productivity!
In the Word on Wednesday: Proverbs 4:25 »