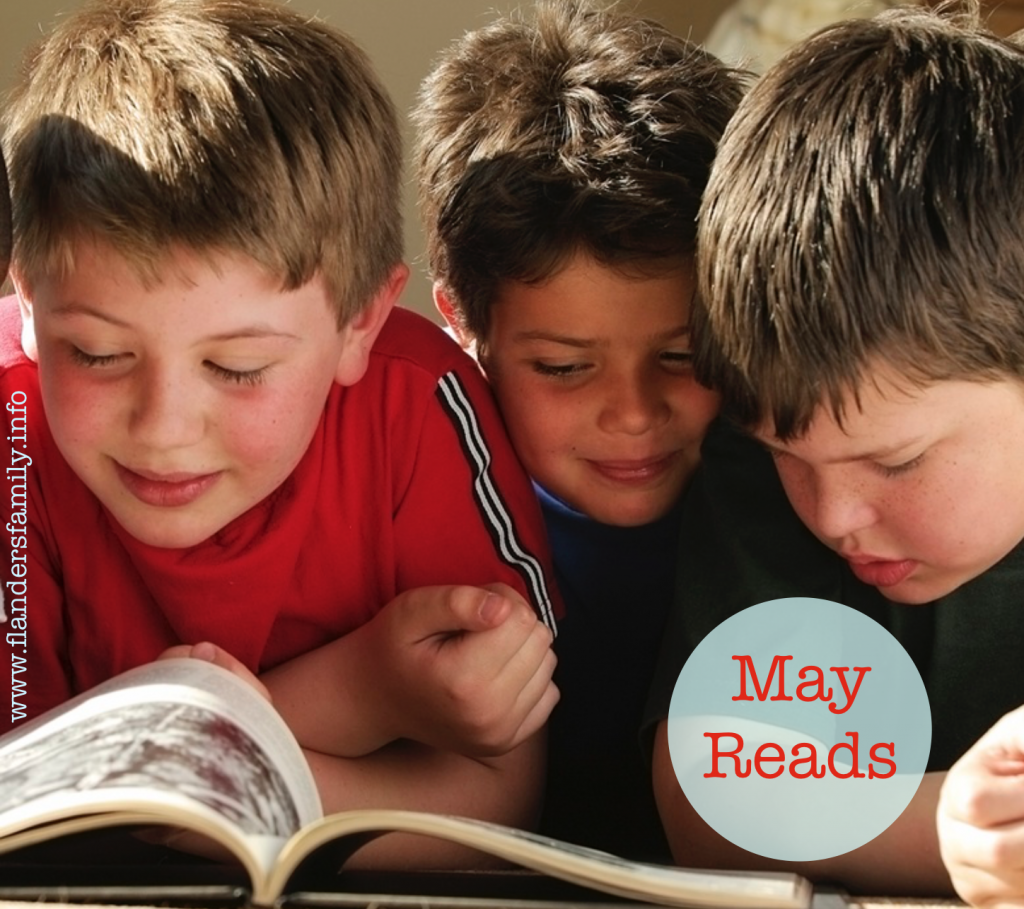 I’m finally getting around to sharing the books I read in May (plus one — Frank Peretti’s Trapped at the Bottom of the Sea — that my son read aloud to me). But better late than never!

The last couple of weeks have been a little crazy for our family! Since my last book review post, we’ve welcomed a new grandbaby, added a new daughter-in-law, and published a new book! (More about that in July.)

In a departure from my mostly-nonfiction book diet, 80% of the books our family read last month were works of pure fiction. Here’s our impressions of each: 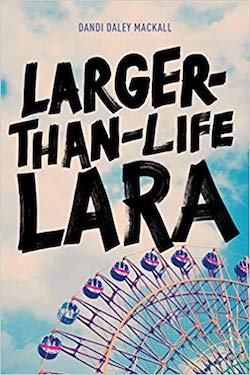 Several family members read Dandi Daley Mackall’s Just Sayin’ in April and loved it. So when I spotted Larger-Than-Life Lara as another free offering from Tyndall’s My Reader Rewards Program, I was thrilled.

I ordered it right away and read it aloud to my children over the course of a week. My husband got in on the book a couple chapters in and was as eager as our children to hear how the story unfolded.

The story centers on Lara, the title character, who is the object of intense bullying at her new school. Yet she forgives freely and treats her attackers with kindness and compassion. The story is told from the perspective of one of Lara’s classmates. With chapters such as Setting, Dialogue, Conflict, Suspense, and Cliff Hanger, readers learn about what makes a good story even as they’re reading one.

Mackall is such an imaginative storyteller; she has quickly become one of my new favorite authors. I’ve already ordered a third of the nearly 500 books to her credit — another freebie from My Reader Rewards. This program is free, so if you haven’t already joined, click through my referral link and sign up TODAY. I know you’ll be glad you did!

Trapped at the Bottom of the Sea by Frank Peretti 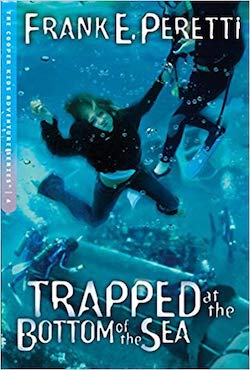 As I’ve mentioned before, Frank Peretti’s Cooper Kids Adventures have marked a huge turning point in terms of reading enjoyment and proficiency for one of my sons who had struggled with reading in the past. And Trapped at the Bottom of the Sea has done much to cement his new-found love of reading.

We began this series by alternating pages — he’d read one, then I’d read one. However, now he gets so immersed in the story that he reads two or three before realizing he skipped my turn! If I don’t watch him, he’ll even read ahead. Ha! That’s a great problem to have, no?

All the books in this series have an Indiana Jones flavor. That is, if Jones were a widower with two teenage children! Trapped at the Bottom of the Sea has been our favorite yet. There’s a lot of emotion in this one, as well as action and suspense. Jake and Jay Cooper must race the clock (not to mention a band of angry terrorists) to rescue Lila from the life-threatening situation in which she finds herself (as noted in the book’s title)

Unfortunately, we lost our copy of the book at the height of the action. Thanks to the fact we were traveling when the replacement copy arrived, we had to sweat a week-long wait to read the rest of the story. It took a bit longer for us to finish the book as a result, but the conclusion was well worth it. 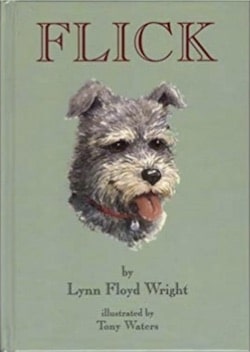 The author of this story happens to be a reader of my blog. A few months ago, she sent me a pile of children’s books she’s written. She called this “just because” gift “surcie.” That’s a fun word for an even more delightful concept. Look it up!

Anyway, Lynn’s titles include both picture and chapter books for children. Flick is one of the latter. I read it aloud to my grandchildren last month. Their mother spent a week in Georgia visiting her ailing father, and I had babysitting duty for several of the days she was gone.

My grandsons live out in the country and are full of energy. Although they rarely slow down more than a minute or two, they were quiet and attentive every time I pulled out this book and began to read. They have some experience with rescue dogs — even the three-legged variety — so Flick’s backstory really resonated with them. They’d beg for “just one more chapter” every evening. That was partly in a bid to delay bedtime. But mostly because they so enjoyed this sweet tale of a boy, his dog, and the bonds of love between them. 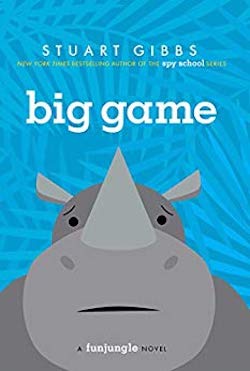 This is the fourth installment we’ve read in the Fun Jungle series. “Fun” is the operative word here. Stuart Gibbs writes light but nevertheless well-researched reads the whole family can enjoy.

The mystery is thick as ever in Big Game when somebody starts taking potshots at the zoo’s pregnant rhinoceros, Rhonda. Throw in some elephant stampedes and gobs of pilfered sweets for a plot that’ll keep you guessing to the end.

The zoo’s owner, J.J. McCracken, recruits 13-year-old Teddy Fitzroy to help investigate the crimes. But a security guard named “Large Marge” still regards Teddy as her #1 suspect. She ignores all evidence pointing to the contrary and spends the majority of the book trying to prove that he’s the sneaky culprit behind everything that goes wrong at the zoo.

As usual, readers will learn a lot about wildlife conservation, behavior, and habitat along the way as they read through yet another page-turning adventure. 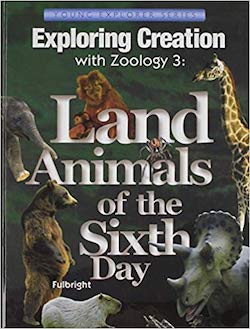 Subtitled “Land Animals of the Sixth Day,” this is the only nonfiction book we finished last month. Granted, we began reading it together last fall, so I technically only finished the last couple of chapters in May.

I’ve been a fan of Apologia’s science courses for as long as I can remember. Their Exploring Creation books for elementary age kids have been a godsend for teaching science to a wide range of young ages at once.

All the material is taught in such an engaging and memorable way that my kids retain what they learn for a long, long time. After using these books at home for years, our family joined a weekly co-op that uses the Exploring Creation series as the foundation of all their elementary science courses. That suits me perfectly. We still read through the text and do the assignments at home, but they do the (sometimes messy) experiments in class. That’s the best of both worlds!

And that completes my reading list for May: Larger-Than-Life Lara, Trapped at the Bottom of the Sea, Flick, Big Game, Exploring Creation with Zoology 3. All great titles for kids. All wonderful choices for reading aloud and sharing together.

Want more recommended reads? You can read my other book reviews by following this link.