You are here: Home / Books / Adorned (& Other July Reads) 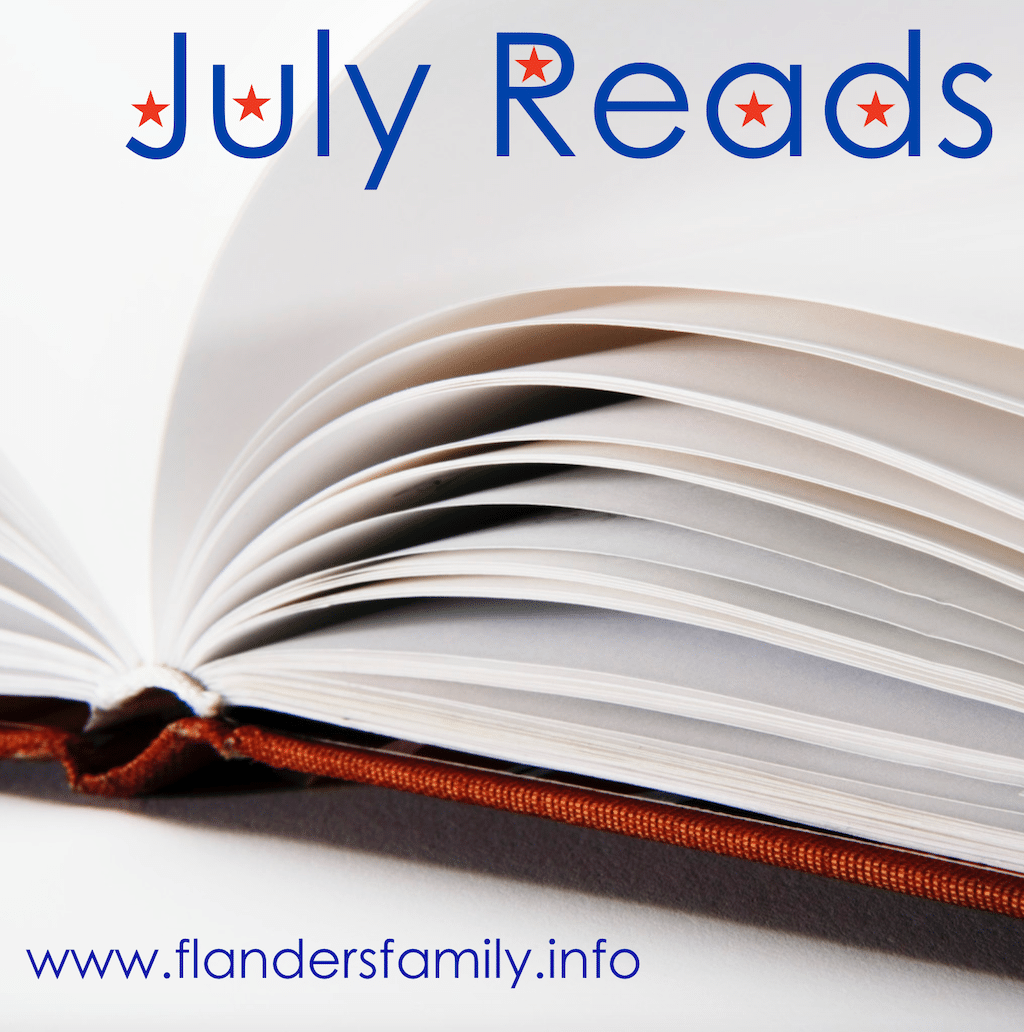 I finished reading six books in the month of July: Adorned by Nancy DeMoss Wolgemuth, plus five others. Read on for my impressions of each (listed in the order I finished them).

The 6 books I read in July

The latest installment in Stuart Gibbs’ Fun Jungle series finds Teddy Fitzroy and his family, along with several coworkers and their families, on a bison ranch in West Yellowstone. Bison have been disappearing, and Teddy gets the green light to investigate why. Then, when a pricey piece of jewelry belonging to his girlfriend’s mom also goes missing, Teddy finds himself searching for clues to solve both mysteries at once.

The book is filled with all the fun facts, interesting tidbits, and perplexing puzzles we’ve come to expect from Stuart Gibbs. The thing I wasn’t expecting was the confounding revelation — seven books in — that one the characters we’ve known since book one is, in fact, gay. But sure enough, he shows up in this story with a husband we’ve hitherto heard nothing about nor had so much as a hint even existed.

In no way is this new information central to the plot. Rather, it seems forced, as if the author were purposely pandering to the population pushing this agenda. If you are one who welcomes this change and applauds such diversity among fictional characters in children’s books, then by all means read this one. If, on the other hand, you’d prefer that the books your children read be untainted by the woke agenda, you’ll want to steer clear of this title altogether.

Do you love to read as much as we do? I’ve gathered all my best resources for bibliophiles into this post, or you can read more of my book reviews by following this link

PLEASE NOTE: This post contains affiliate links. If you make a purchase through any of those links, we may receive a small referral fee, at no extra cost to you. Such fees help defray the cost of running this website. This, in turn, allows us to continue offering our readers a wealth of FREE printable resources. So thank you for your support!