You are here: Home / Books / Dream Big (& Other August Reads) 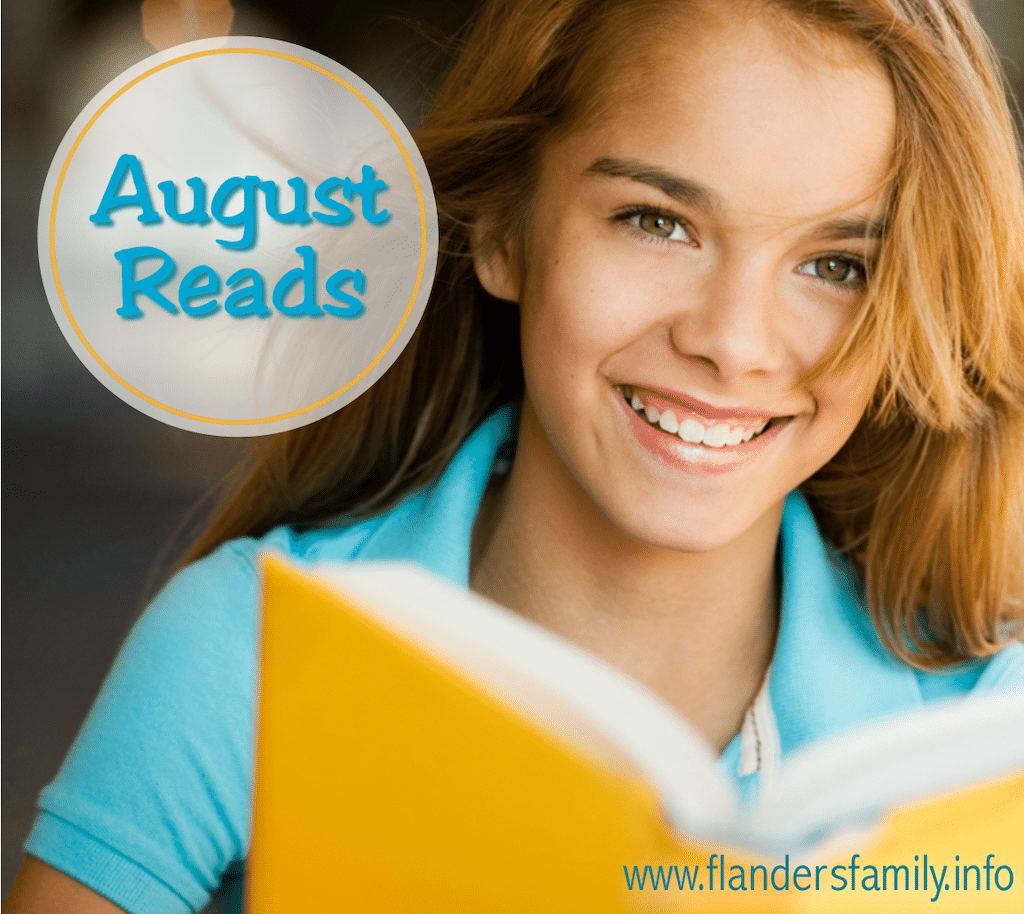 Last months booklist looks a little lopsided. I normally gravitate to nonfiction titles. But other than Bob Goff’s Dream Big and a spiral volume of sudoku puzzles, all the books I read in August were novels.

The majority of these selections, our family read aloud together. Some for the third or fourth or fifth time. Fortunately, one can learn a lot reading fiction — my husband convinced me of that fact years ago.

Read on for my impressions of Dream Big and all the other titles I read in August. Then, if you’re hungry for more great read-alouds, check out this post: Raising Kids who Love to Read.

And that’s it for August. How about you? Have you read any great books lately? Tell me about them in the comment section below!

Note: This post contains affiliate links. I you make a purchase after clicking on one of these links, I will receive a small referral fee — at no added expense to you. These fees help offset the cost of running this website, so thank you in advance! To read our full disclosure statement, follow this link.