People ask my two younger boys all the time if they’re twins. The answer is no (they’re 28 months apart), but a couple of weeks ago, they decided to really confuse their co-op teachers by dressing in identical outfits. 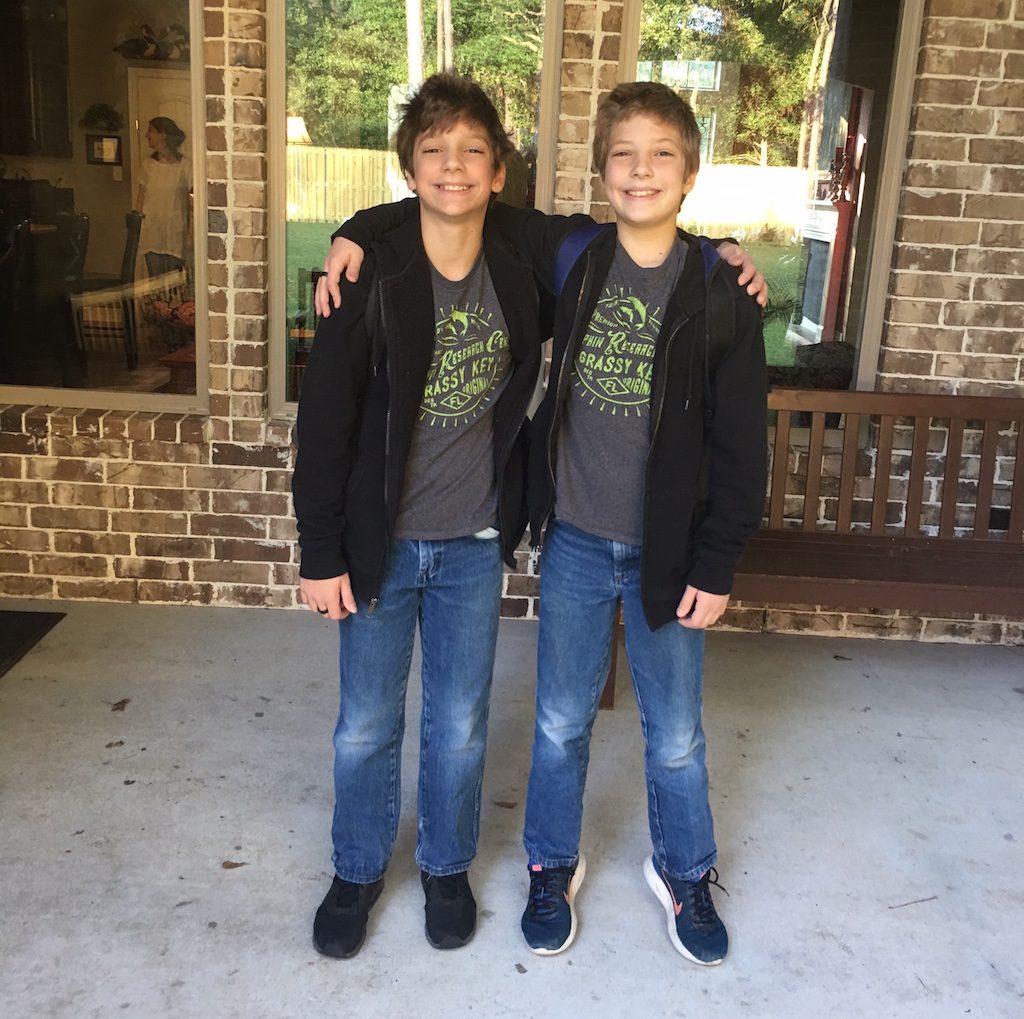 So they wore the same T-shirt, same hoodie, same jeans, same ring on the same finger, and nearly identical shoes. Their friends had no trouble telling them apart, but their instructors had a horrible time keeping their names straight in every single class.

And that totally delighted Daniel and Gabriel. Their trick worked!

As a mama, it makes me happy to know these boys are thrilled to be mistaken for each other. It warms my heart to see brothers behave like best buds. The close friendships that have been fostered between siblings, in fact, are one of my favorite “side effects” of homeschooling.

Of course, that’s not to say there aren’t moments when our kids get on each others nerves. I’ve written before about how we stop sibling squabbles, as well as things we’ve done to cultivate friendships and discourage fighting between our kids.

In discussing the matter with the other mothers at co-op last week, I realize there’s one tactic we’ve used over the years that I’ve not written about before. Whenever two of our children seem to be butting heads more often than seems reasonable (which tends to happen about the time one or both of them hits puberty), we give them this assignment: 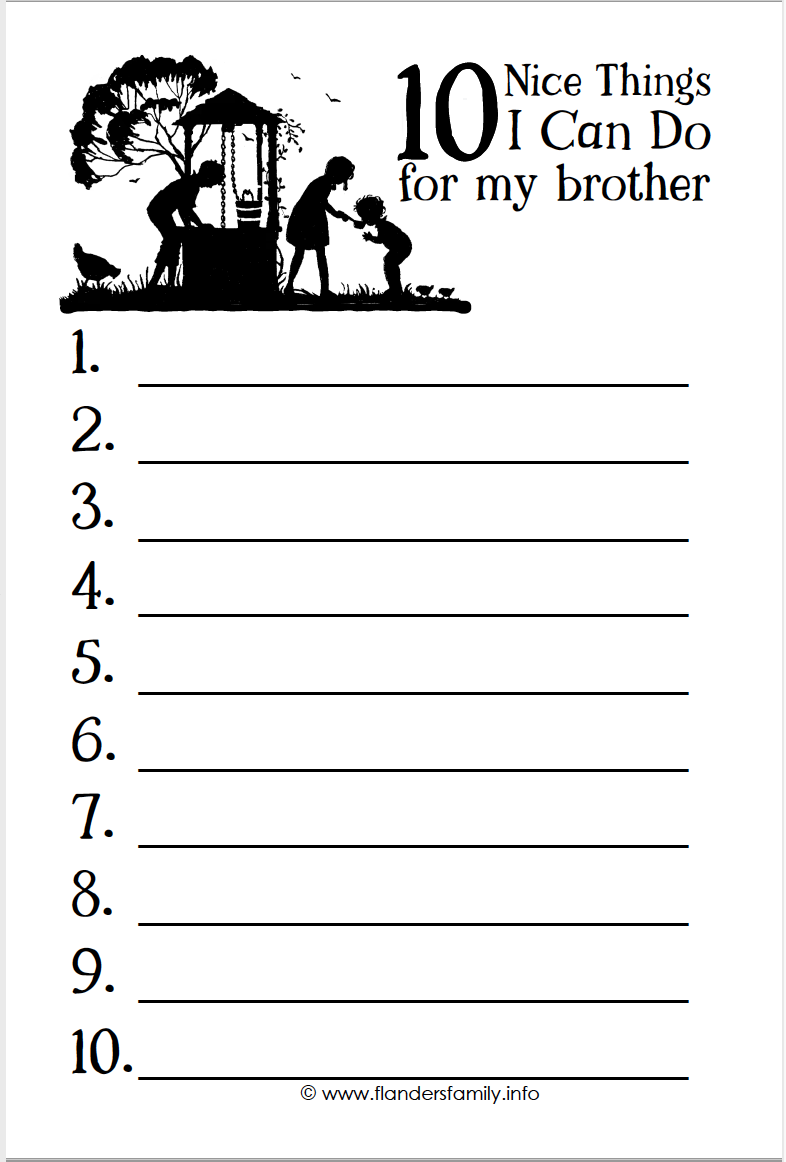 “Instead of dwelling on all the things your brother is doing that irritate you,” we tell them, “make a list of ten things you can do to encourage and bless and be kind to your brother.”

Make a list of 10 nice things you can do for your sibling.

Of course, this method would work with girls, too: 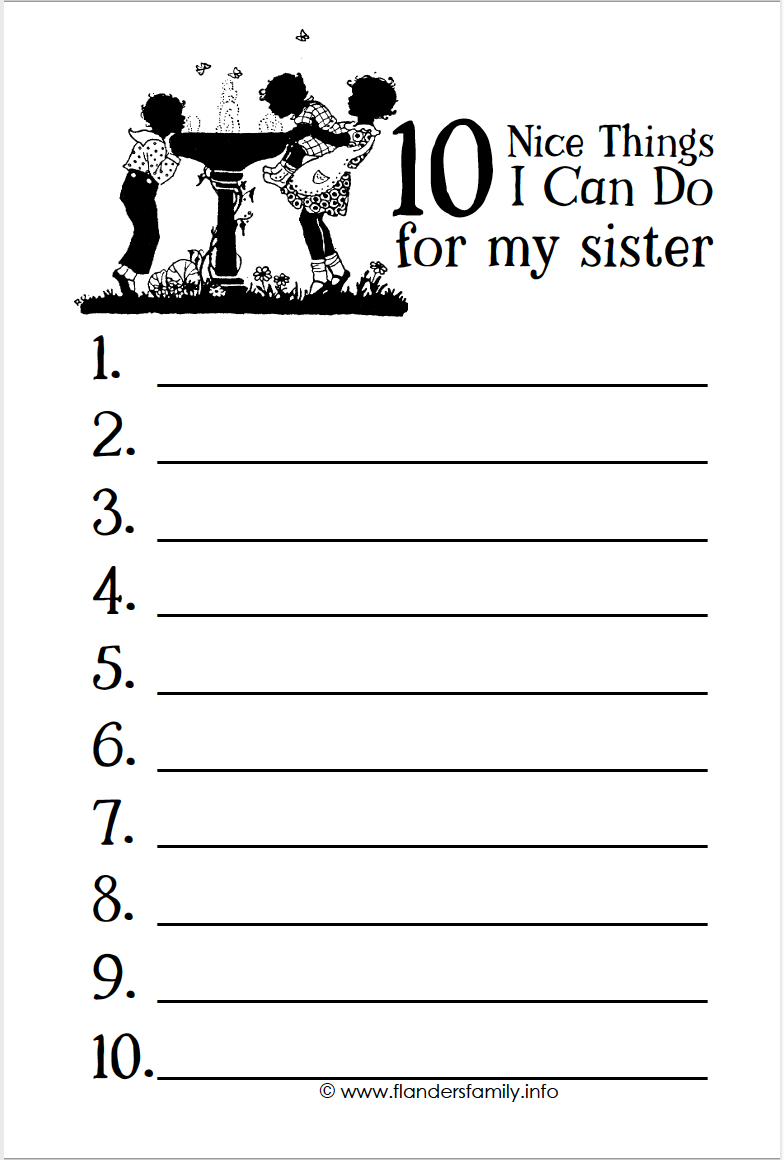 But in our family — maybe because we have twice as many boys as girls — it’s historically the brothers who’ve gotten sufficiently at odds with one another to be handed such an assignment.

After they come up with their respective lists, we tell them, “Now pick a different one of your ten ideas every day for the next ten days and do it.” And do you know what? After a week and a half of intentionally showing kindness to one another, whatever irritations originally warranted the assignment are long forgotten and friendship is restored.

So next time your kids are driving you crazy with constant bickering, give this tip a try. Who knows? They might even surprise you by dressing like identical twins for the day, and you’ll find yourself wondering… are these the same boys who were having such a hard time getting along last month?