You are here: Home / Travel / A Belated Birthday Bash at Rebounderz Apopka 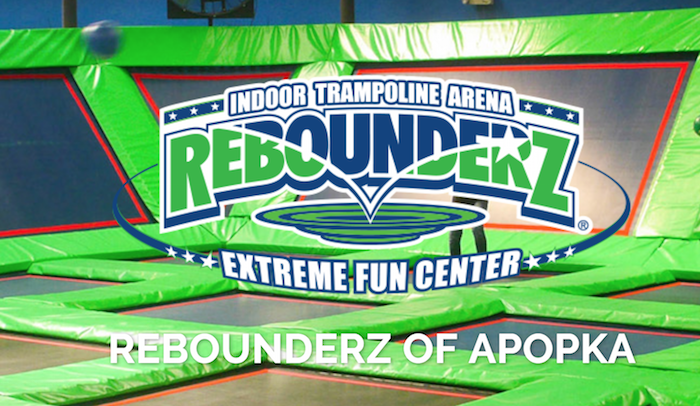 One of the most memorable things we did during our visit to Orlando earlier this year was to take our kids to “an indoor trampoline arena” called Rebounderz in Apopka. We’d originally scheduled to meet some friends there early in the week. But one of them slipped that morning while walking the dog, broke her leg, and spent the afternoon in the emergency room instead. So we decided to postpone the Rebounderz outing a few days. 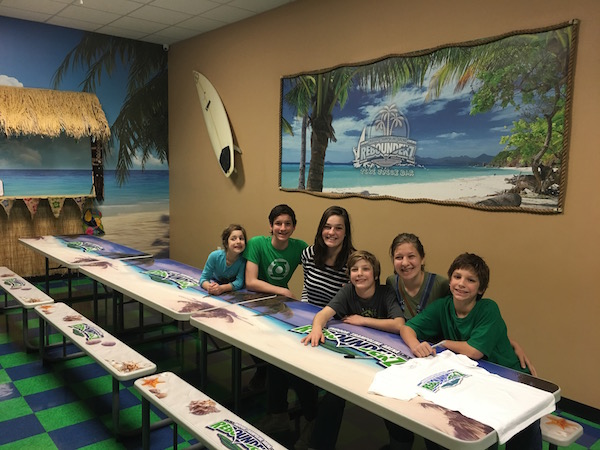 A perfect way to end the day

The delay meant we ended up going by ourselves after a full day at Disney’s Animal Kingdom. I thought maybe the kids would be too tired to enjoy it, but they perked right up when I told them the plan. Where do they get all that energy?

They jumped for a solid hour before taking a break to eat some pizza. 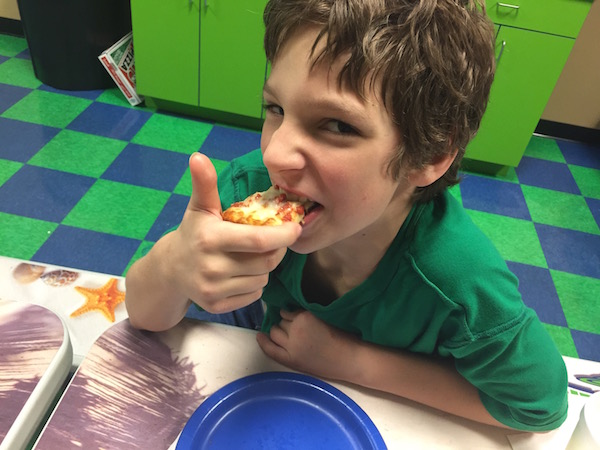 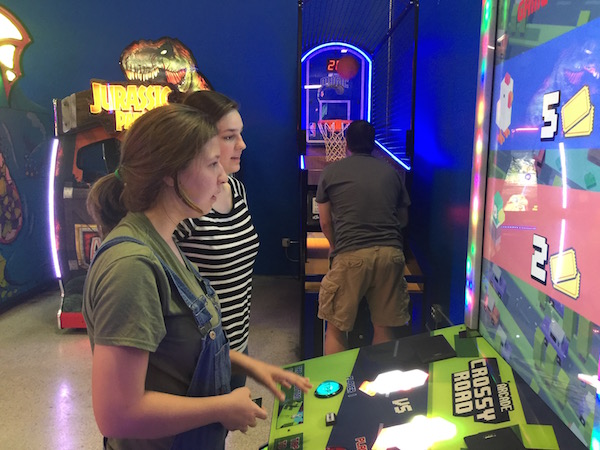 Then jumped for another solid hour after that. Dad joined them for the first hour. Dodgeball is always more fun when he plays! But Mom only lasted about fifteen minutes. 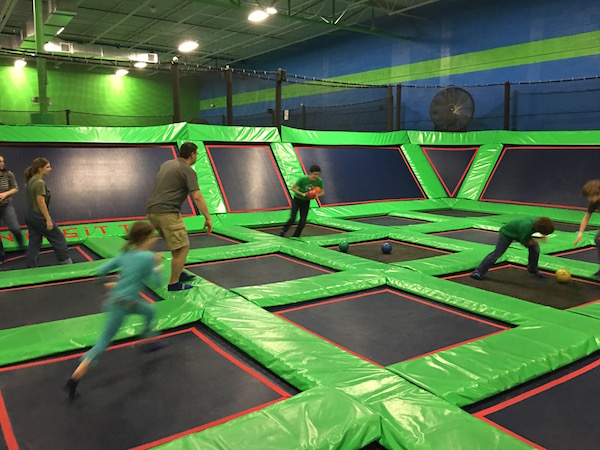 She spent the rest of the time visiting with our party hostess, Sam (short for Samantha) and taking lots of pictures. The foam pit was a family favorite. 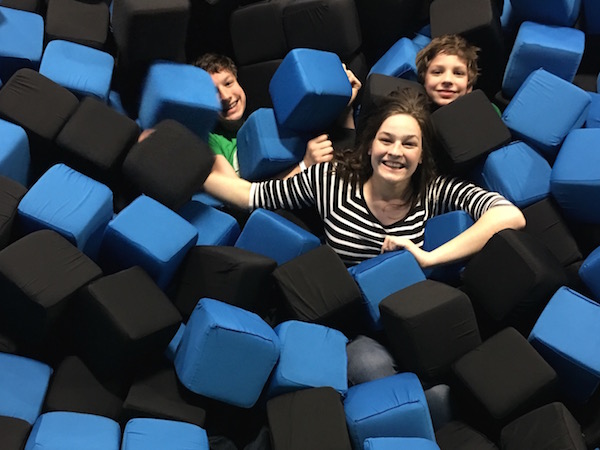 And shooting hoops was lots of fun, too (but was a lot more challenging than it looks). 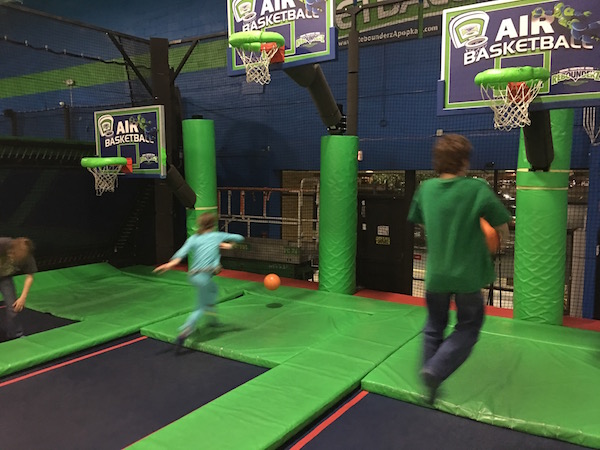 For he’s a jolly good fellow…

One of the things that made the visit so memorable — especially for our son Gabriel — is that the folks at Rebounderz gave us a free birthday party as part of a US Family Guide blogger promotion. Since Gabriel’s birthday was closest to our visit, we celebrated his. 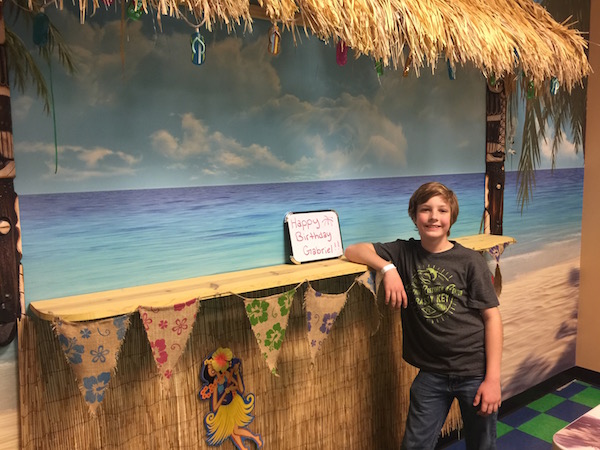 Since his birthday is just four days before Christmas, he normally doesn’t get much of a party. That made this one extra special.

Rebounderz offers pre-decorated party rooms with a variety of themes. We chose to have ours in the Luau room. 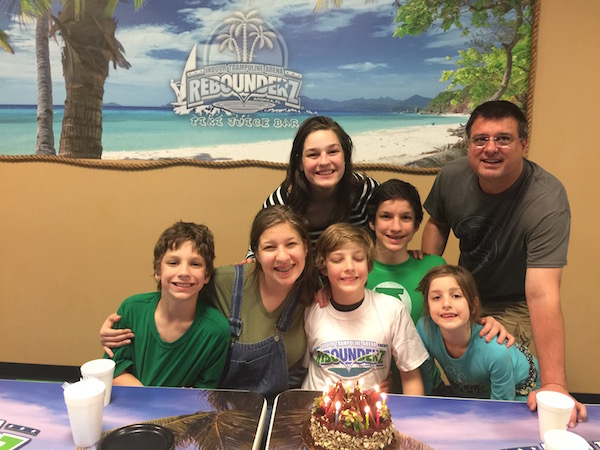 The party package included a pair of skid-proof socks for everybody in attendance, so nobody would fall running across the slick floor. 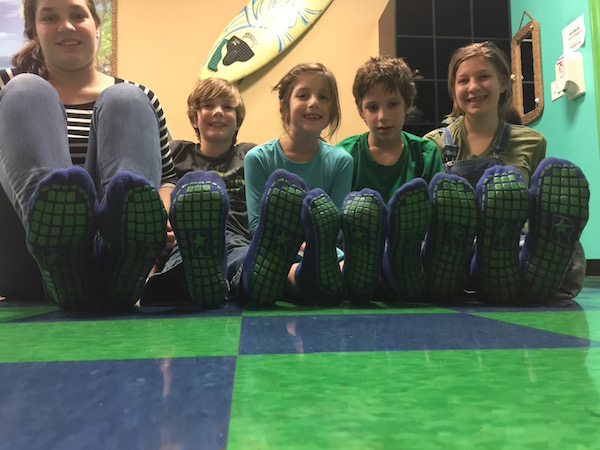 They also gave us two large pizzas from Jets. They were cooked to perfection, with a crisp crust and lots of melty cheese. And we had a drink stand filled with ice cold lemonade to wash it down with. 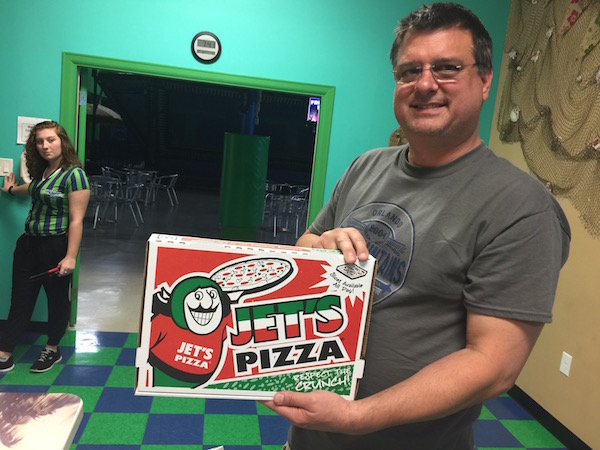 The cake was not provided, but Mom walked across the parking lot to Publix to get one there. She found this one, topped with a mound of chocolate covered strawberries and toasted almonds. Doesn’t it look luscious? 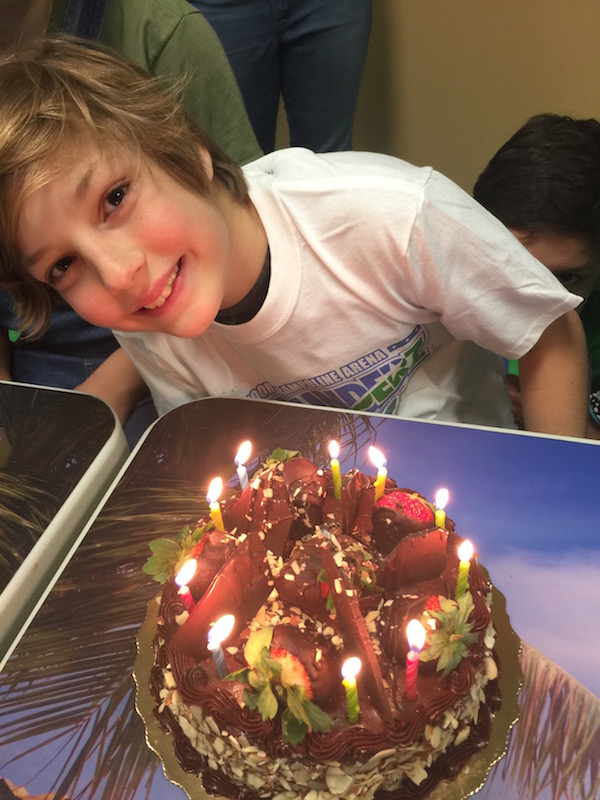 It tasted as good as it looked, too. And Rebounderz even gave us birthday candles so we could celebrate in style. Gabbers insisted we use ten (even though he’d just turned nine). o technically, instead of being a month late, you might say this birthday bash was held eleven months early. Ha! 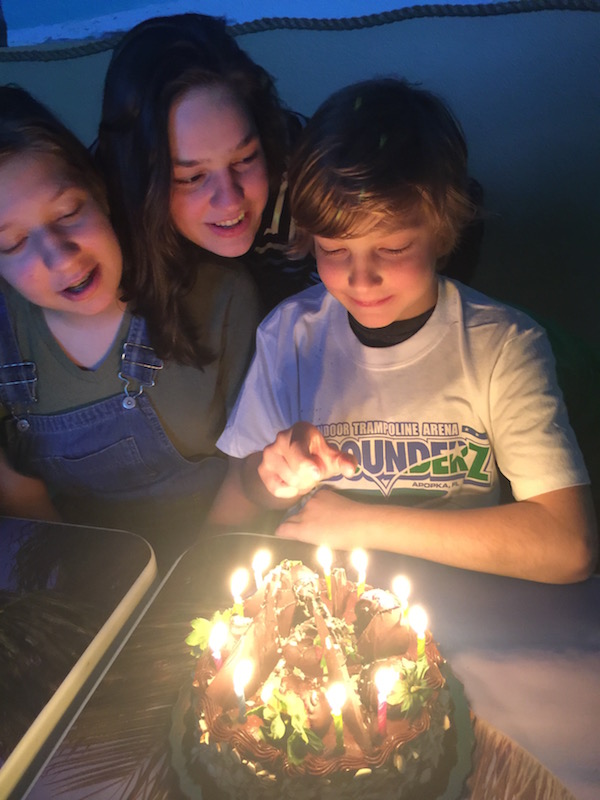 The game cards were part of the birthday package. So was the credit for a return visit to jump again. We went ahead and used that after dinner, since we live out of state. 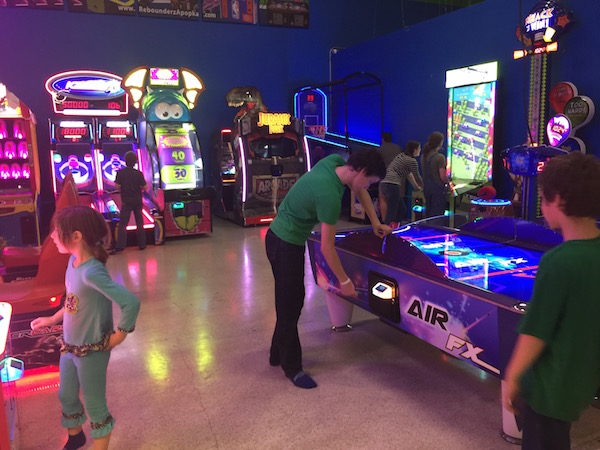 It’s not likely our Gabriel will soon forget his birthday party in Apopka (located 25 minutes northwest of Orlando). But — just to make sure — Rebounderz gave him a T-shirt as a memento of the occasion. The family all signed the back of it with Sharpies (also provided). 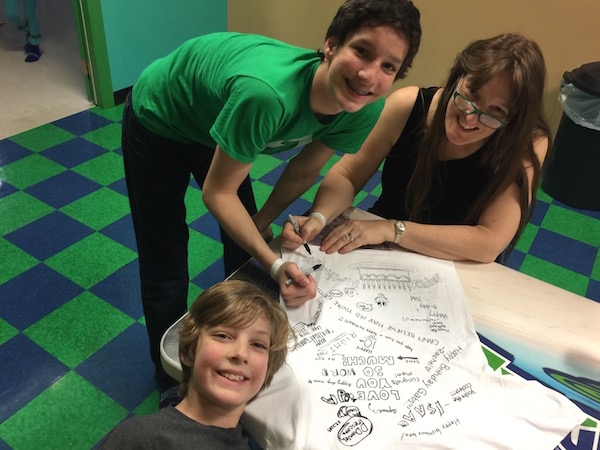 We had a wonderful time at the trampoline park. Rebounderz is a fun place to visit, whether it’s your birthday or not.

Gabriel’s little sister has already requested we go back to Rebounderz to celebrate her birthday next month. Her party may be even more belated than her brother’s, but next time we go to Apopka, that’s exactly what we’ll do. 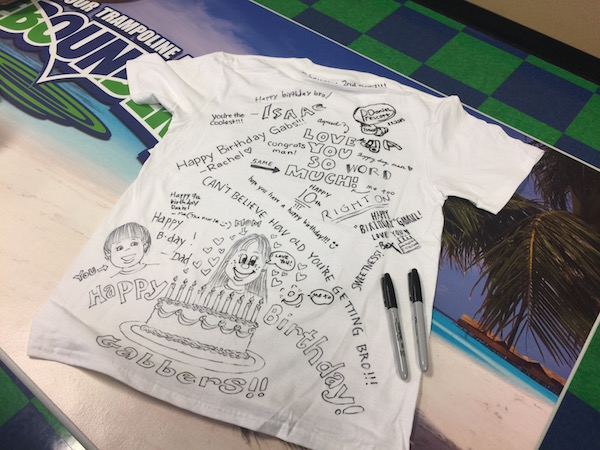