One of the things that did not make it through our last move with us was a set of alphabet cards I had drawn by hand many years before to help our preschoolers learn to read. I posted it like a frieze along the top of the wall in our living room (which has almost always doubled as our schoolroom), as you can see in the background of this snapshot: 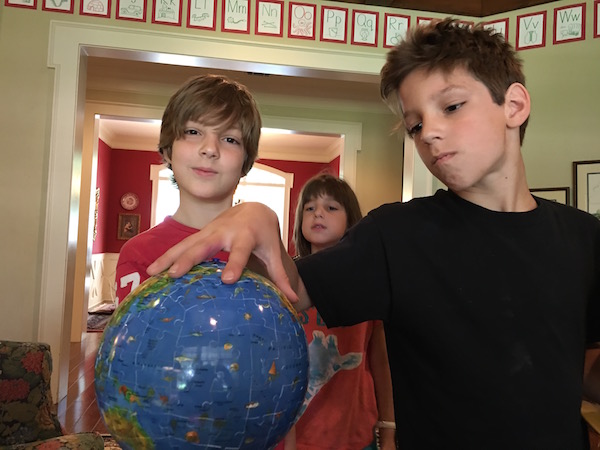 I’d use a long stick to point to each letter as we recited a little phonics rhyme that I adapted from The Ordinary Parent’s Guide to Teaching Reading. Even after my own children moved beyond phonics lessons, I’d often press my alphabet card border back into service when I was babysitting grandkids, so they learned the rhyme, too. 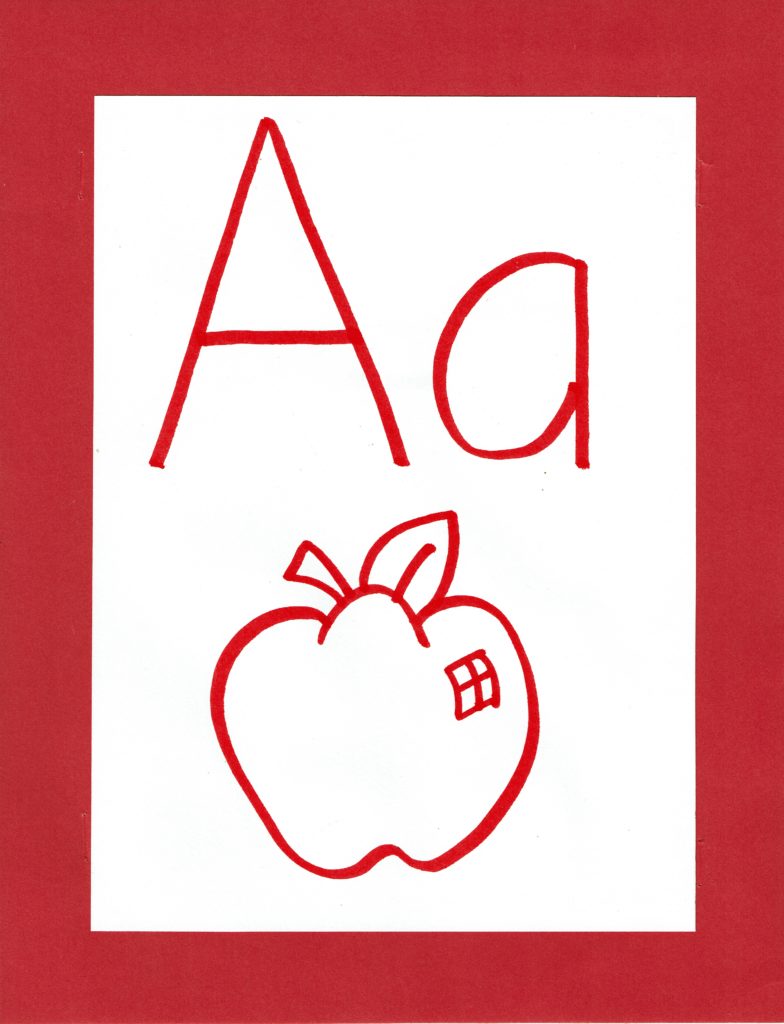 The vowels (in red) are taught first. They have a rhyme all to themselves, which goes like this (from The Ordinary Parent’s Guide to Teaching Reading): 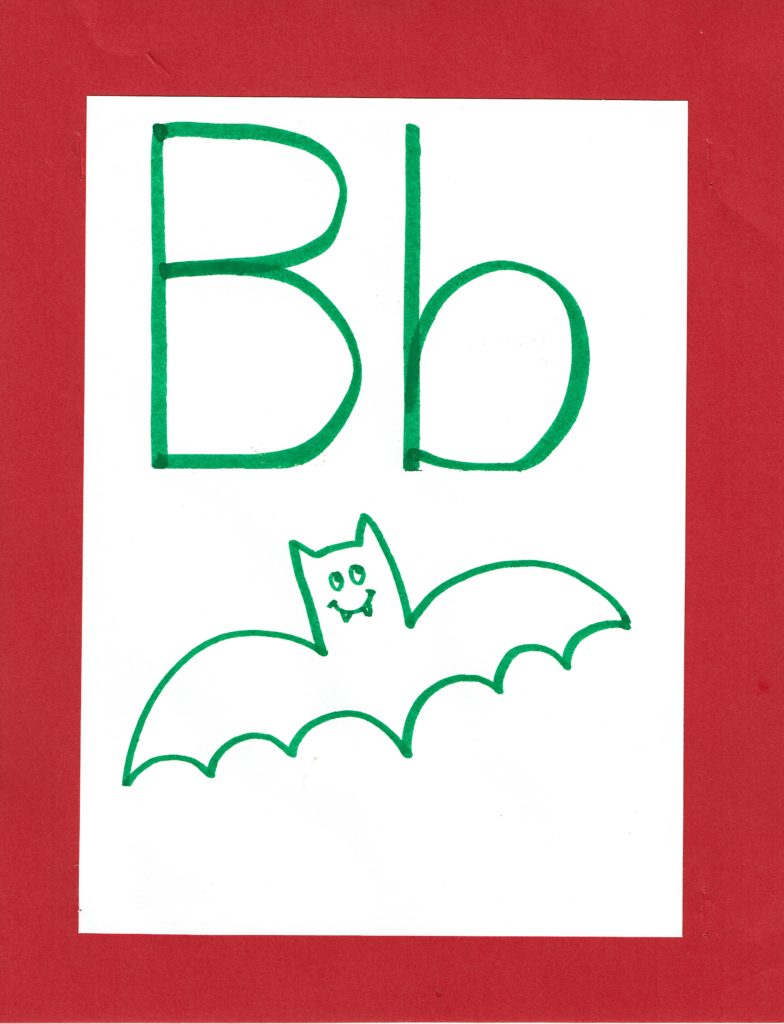 The consonants (in green) are taught after the vowels. I used the same pattern used in The Ordinary Parent’s Guide to Teaching Reading, but chose my own words, so as to continue the rhyming couplets the author started with BAT and CAT:

By way of explanation, I think I was covering the Middle Ages with my older children when I first illustrated these alphabet cards; hence, M stands for “mace” (a medieval weapon) and K stands for “keep” (the central tower and stronghold of a castle). That’s what the arrow is pointing at on the K card, but I was always a little concerned that visitors to our house would assume we just didn’t know how to spell “castle” — ha! 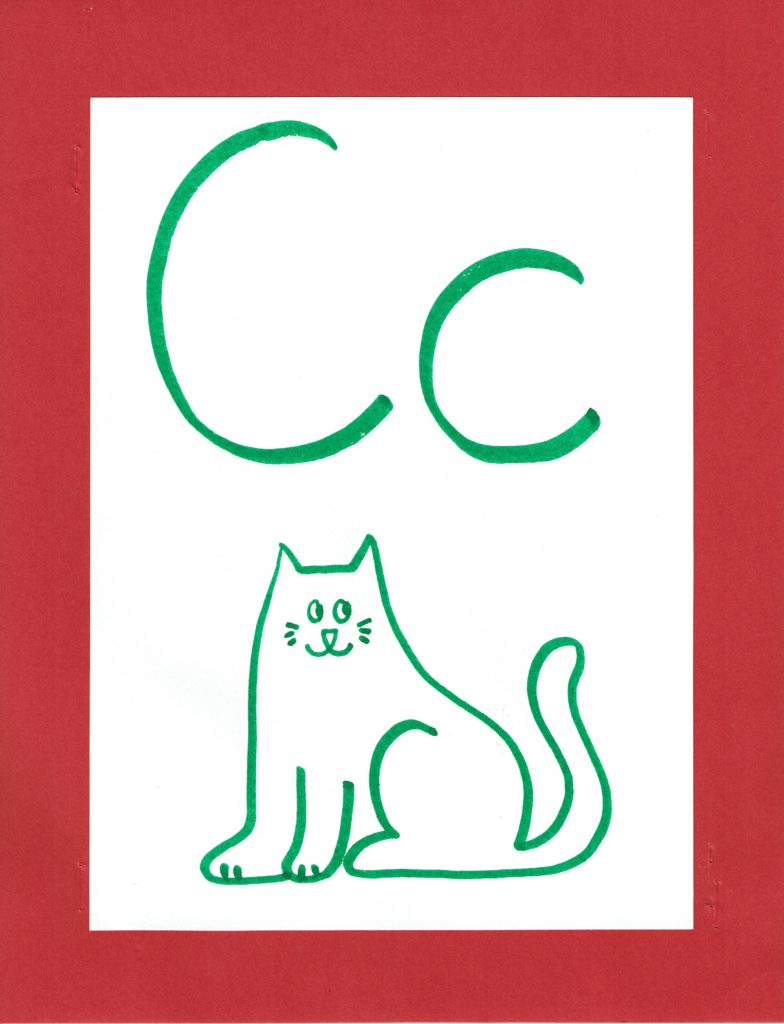 When we were getting ready to move last fall, a friend whose children are much younger than mine asked me where I planned to put my alphabet frieze in our new house. When I told her I would probably just throw it away, she asked me if she could have it to use in her homeschooling.

She had always admired my alphabet card border, she told me, and had even gone on my website to see if I had a printable version available there, but could never find one.

That sounded like a smart idea to me, so before I passed along the original cards to her, I scanned them into my computer so I could share them here for any other moms and/or teachers who might be looking for such a thing. 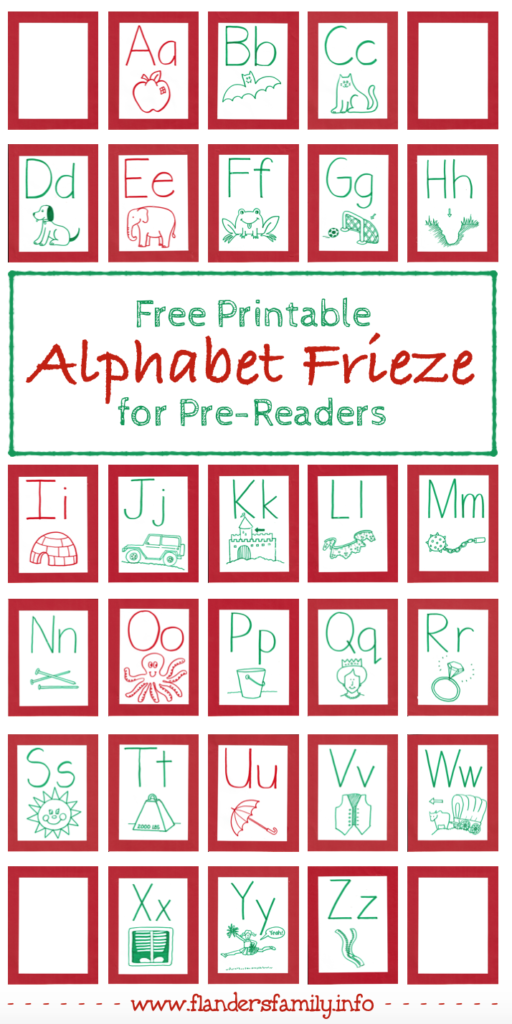 To download all the files as a single PDF, click on the following link: Free Printable Alphabet Cards

« It’s Time for our Annual Leprechaun Lunch!
Clothe Yourself with Humility Coloring Page »