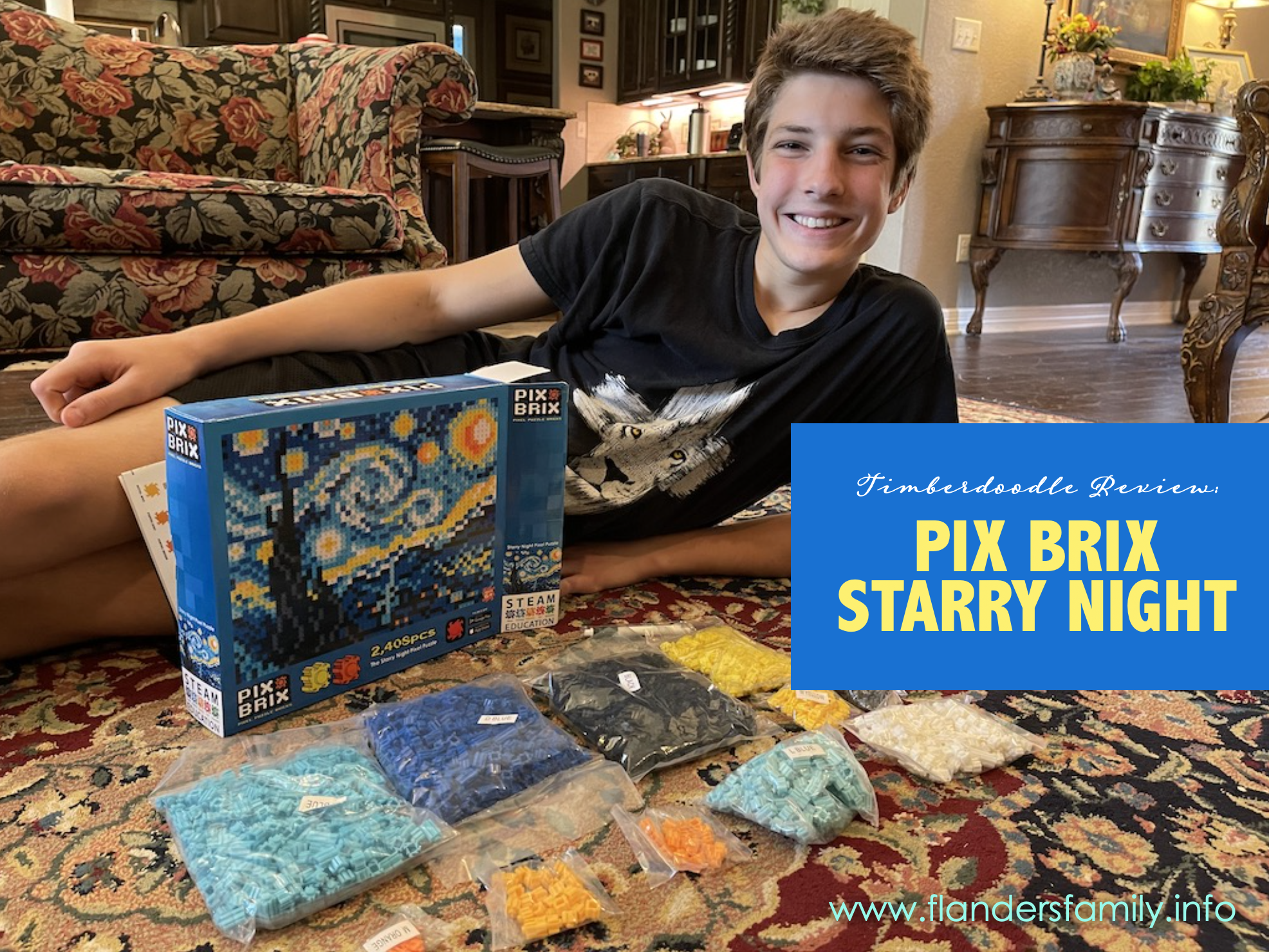 In my closet sits a big box of new products Timberdoodle recently sent me to review. The kids have been testing them for me. So I wasn’t surprised when Gabriel wandered into my closet over the weekend and emerged with this Pix Brix Starry Night Puzzle. 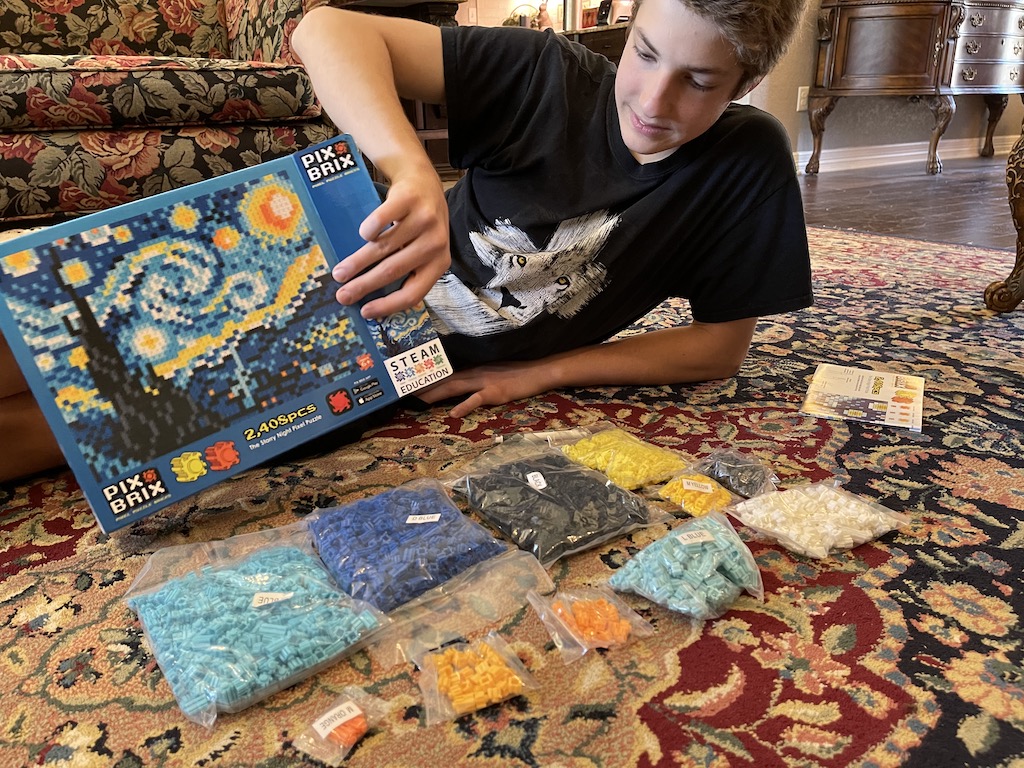 He asked if he could put it together. When I said yes, he immediately dug in, right on the rug in our living room. As a child, I did my best artwork lying on my stomach. And my boys have always played with Legos in this same reclining position. So, instead of insisting he move to the table, I just started snapping pictures.

Gabriel eventually decided it might be easier to complete this project sitting up, so he moved to the dining table of his own accord. There he finished the first third of the project before it was time for bed. 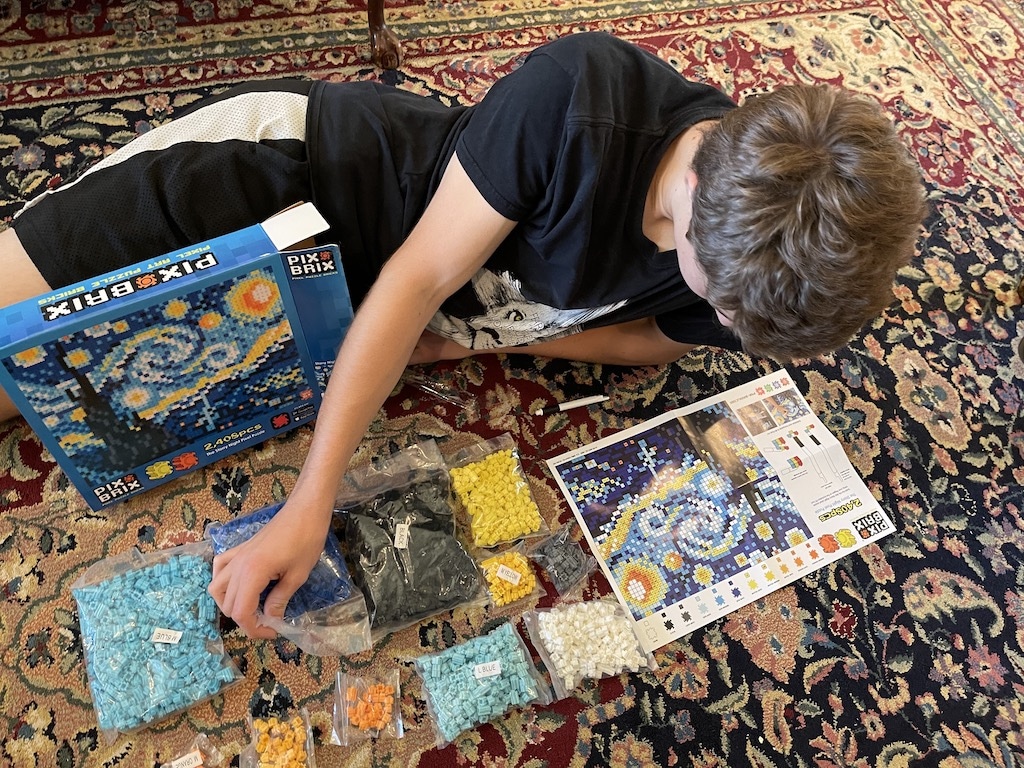 His brother Daniel got up early the next morning and finished the second third of the puzzle. The kit includes a small tool for grasping and placing the tiny bricks, but my boys found they could work faster just using their fingers. 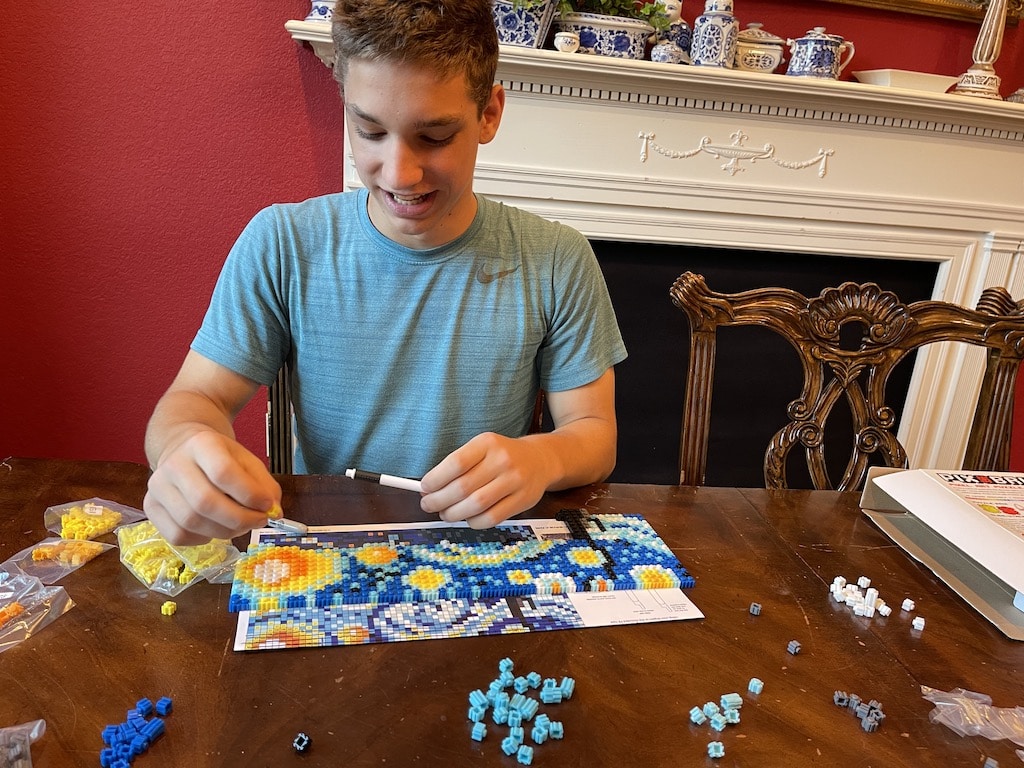 Gabriel joined back in on the building, and together the brothers made quick work of the last third of the puzzle. Each worked on the same row from opposite ends and finished in half the time. 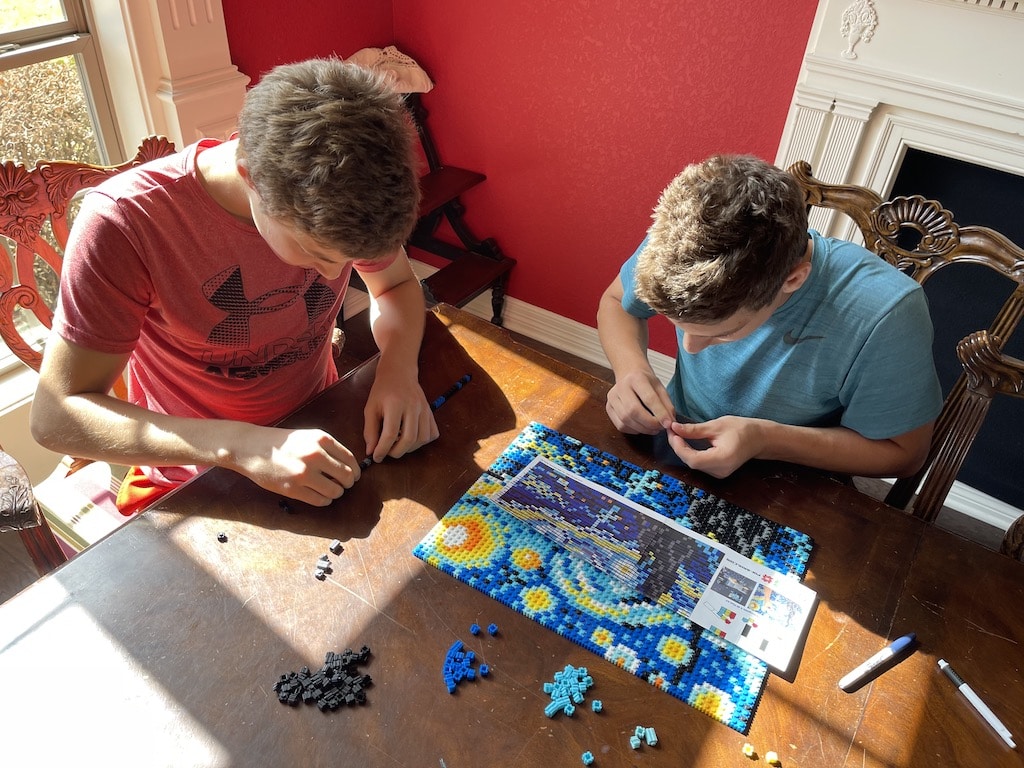 The pix brix were a bit bigger than I’d imagined. They snap together easily but securely — no need for a background “canvas” to build upon. That fact surprised me, too. 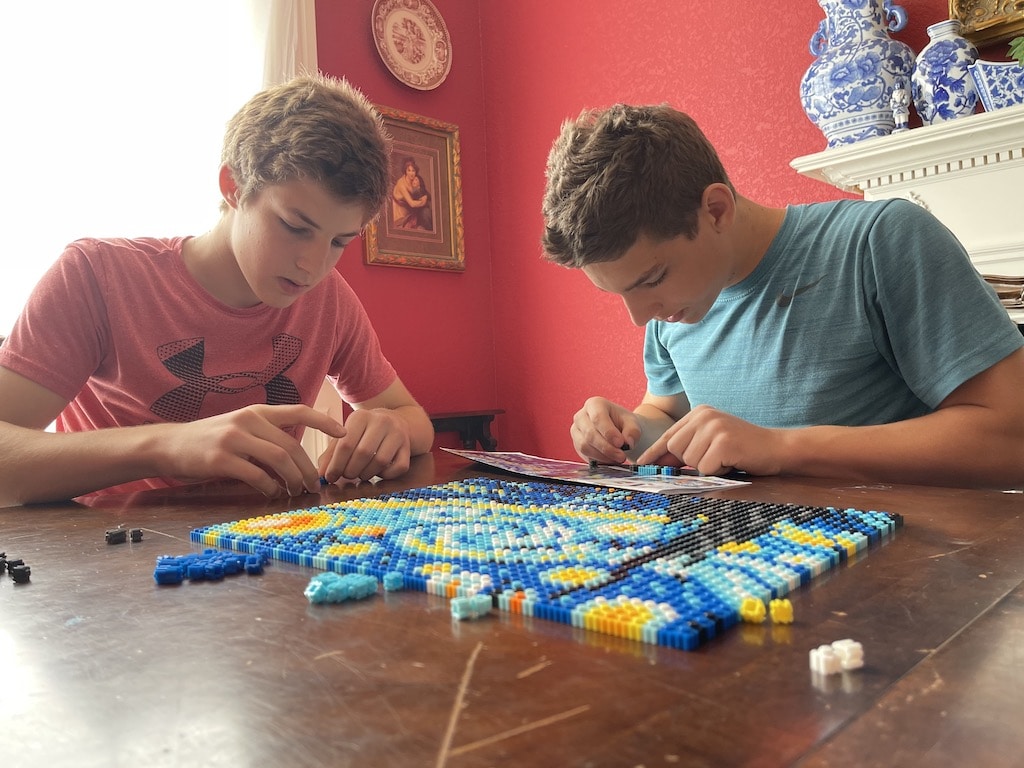 Instead, builders must follow a pattern “blueprint” to know in what order they need to place the colors to complete the intended design. My guys used a sharpie to mark off the rows on the pattern as each was completed. 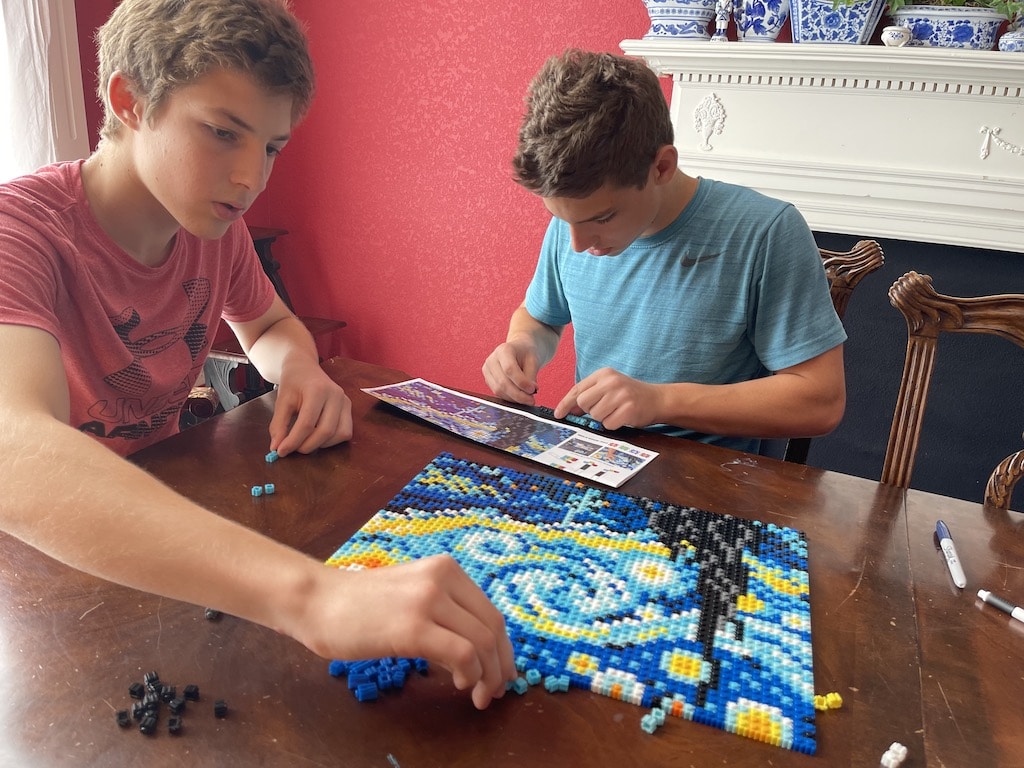 If I had it to do over again, I would have made a color copy for them to mark up and preserved the original, in case anybody wanted to take our Pix Brix Starry Night Puzzle apart and rebuild it. 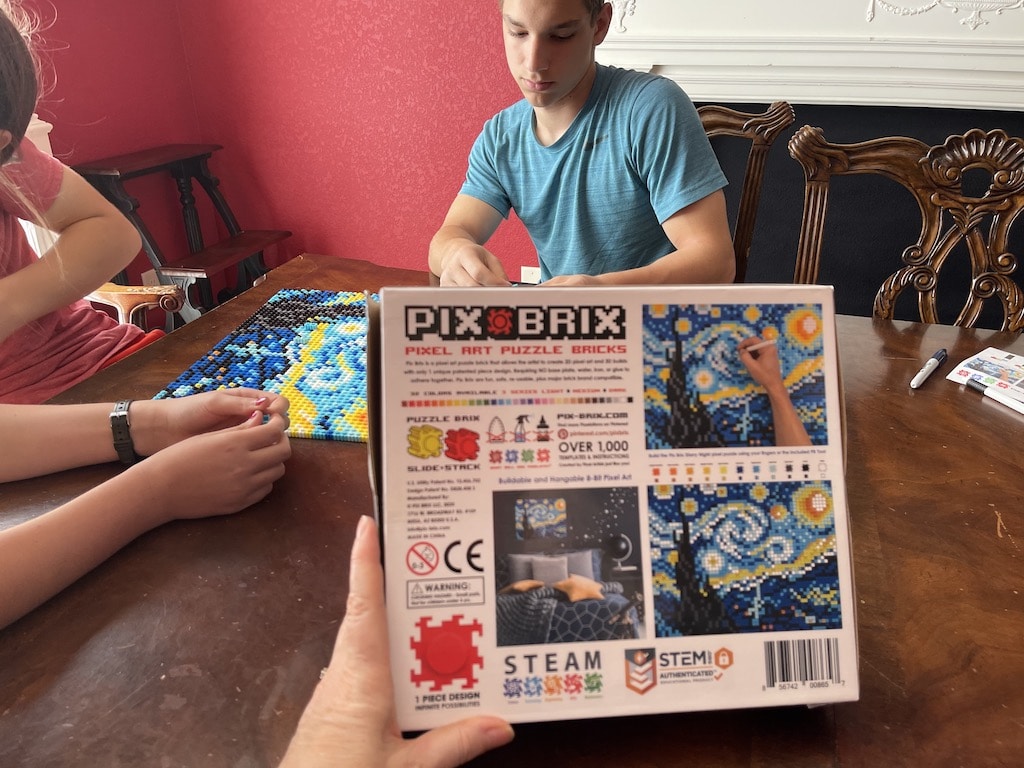 Daniel and Gabriel balked at the idea of having their work undone, though. They’re lobbying, instead, to frame the pixilated copy of Van Gogh’s masterpiece and hang it on the wall. 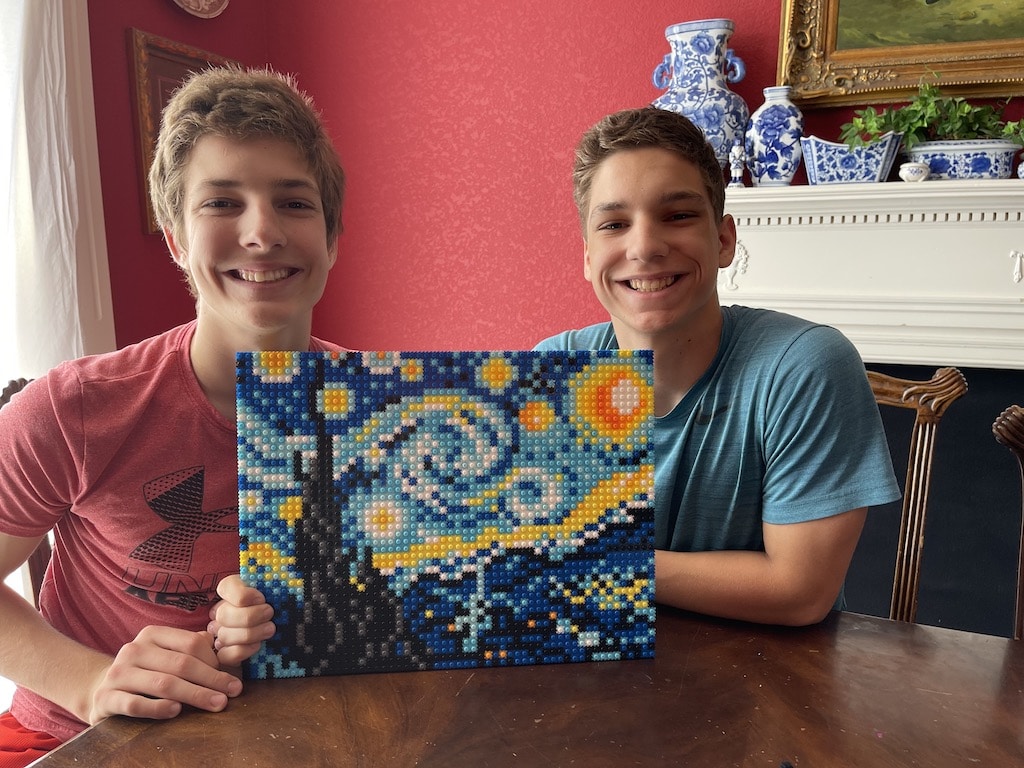 Which is what we’ll probably end up doing. It did turn out well, don’t you think? I wouldn’t mind seeing that displayed on an art wall somewhere in our house. 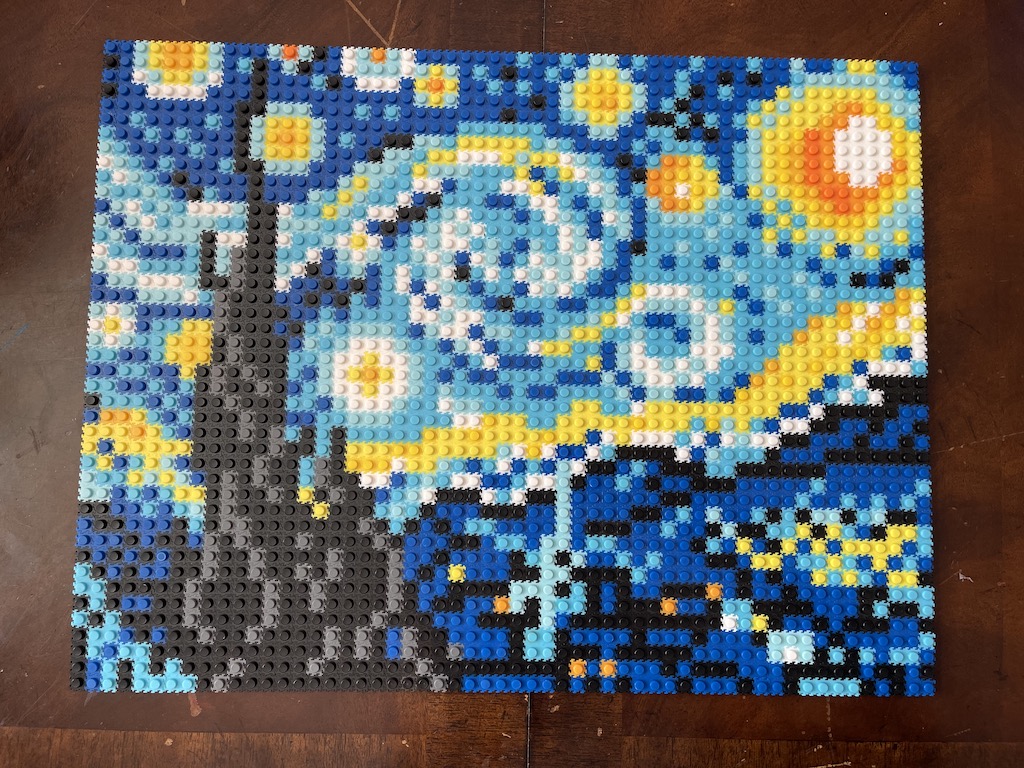 Do you have kids who enjoy building challenges? Pix Brix Starry Night may be just what they need. Support small businesses by ordering yours through Timberdoodle today. 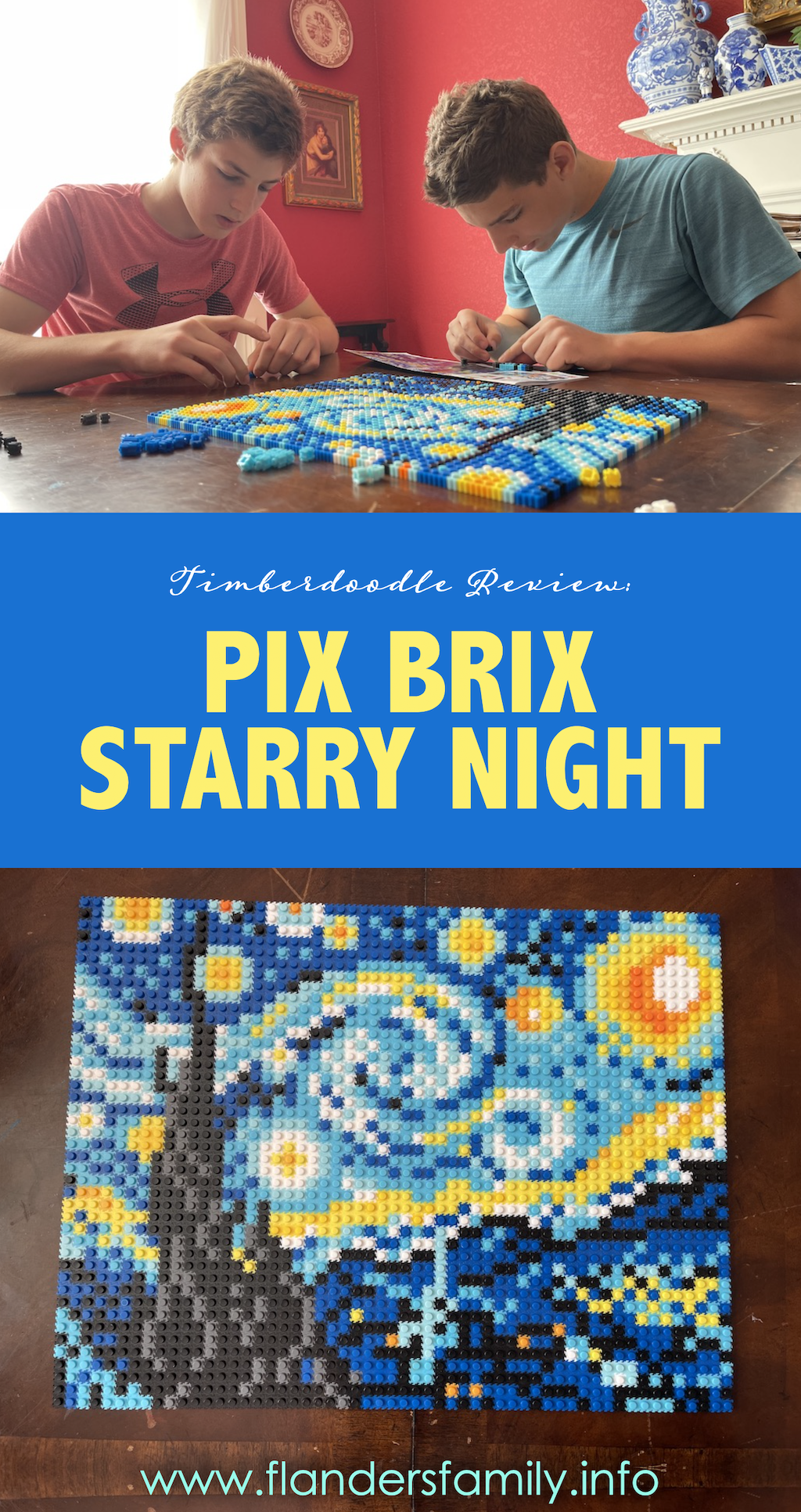