Our family loves thinking games. We especially like games that can be played in a variety of ways, with multiple players or all by yourself. Q-bits matches that description perfectly! 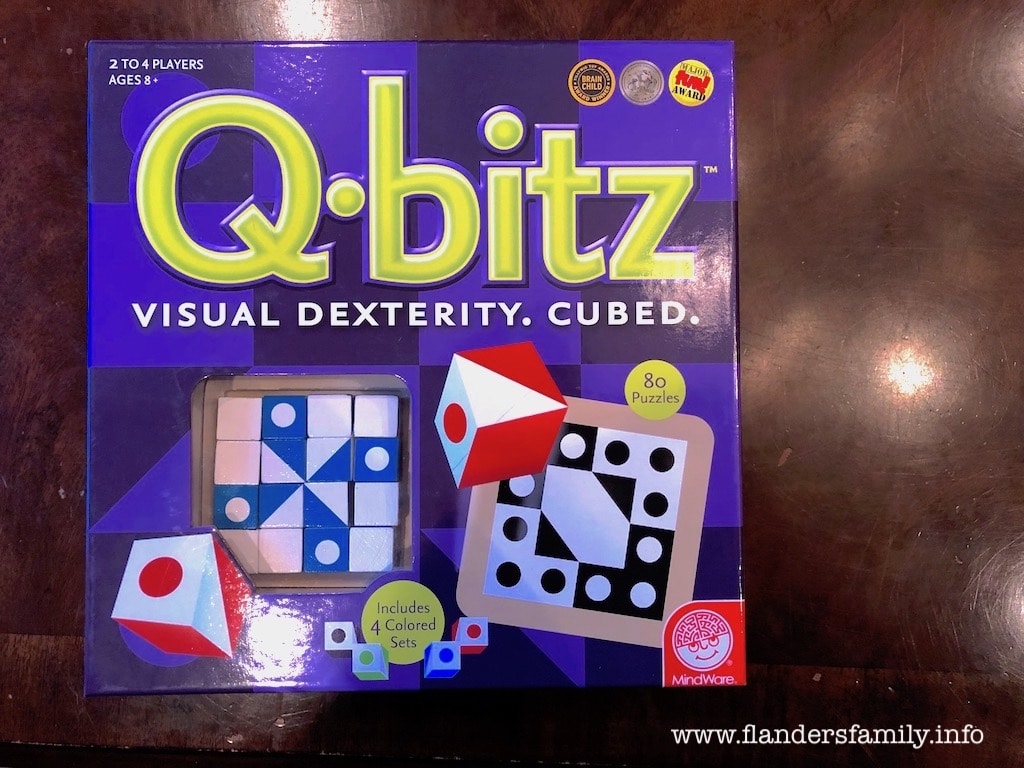 This challenging game contains four sets of colored design blocks — each with its own storage tray — and a deck of cards with 80 different patterns on them. The object of the game is to use your 16 blocks to duplicate the pattern on a given card. 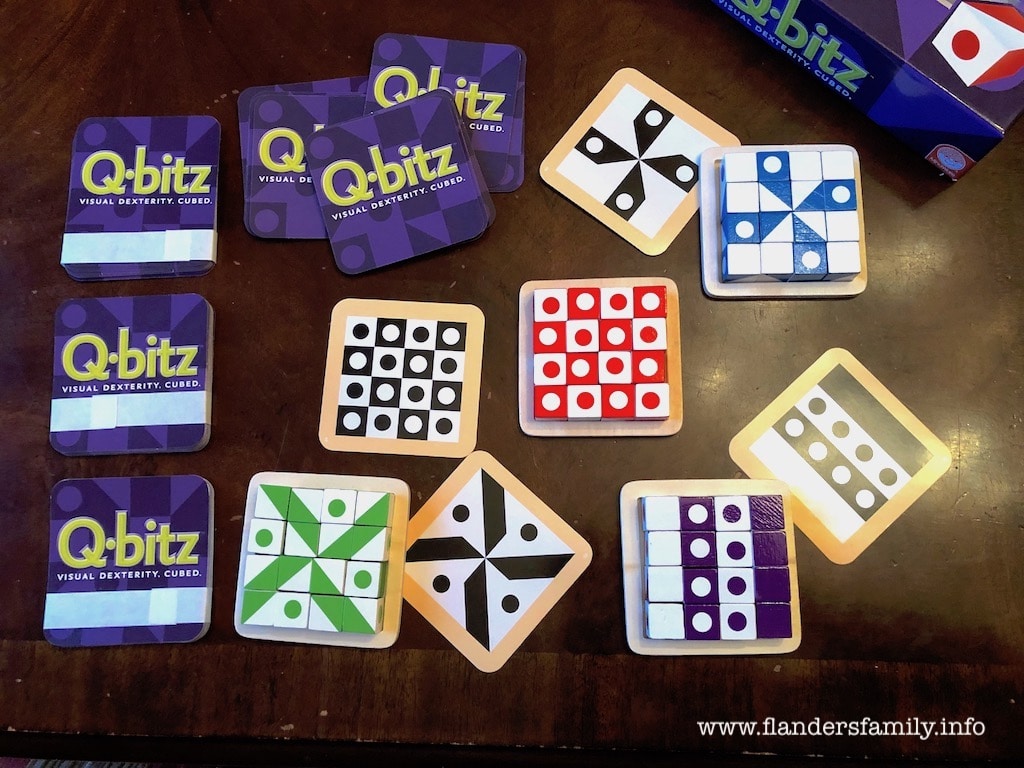 The label on the box says the game is for 2-4 players, but it can definitely be played alone. In fact, Timberdoodle even carries smaller Q-bitz Solo sets designed for single players. 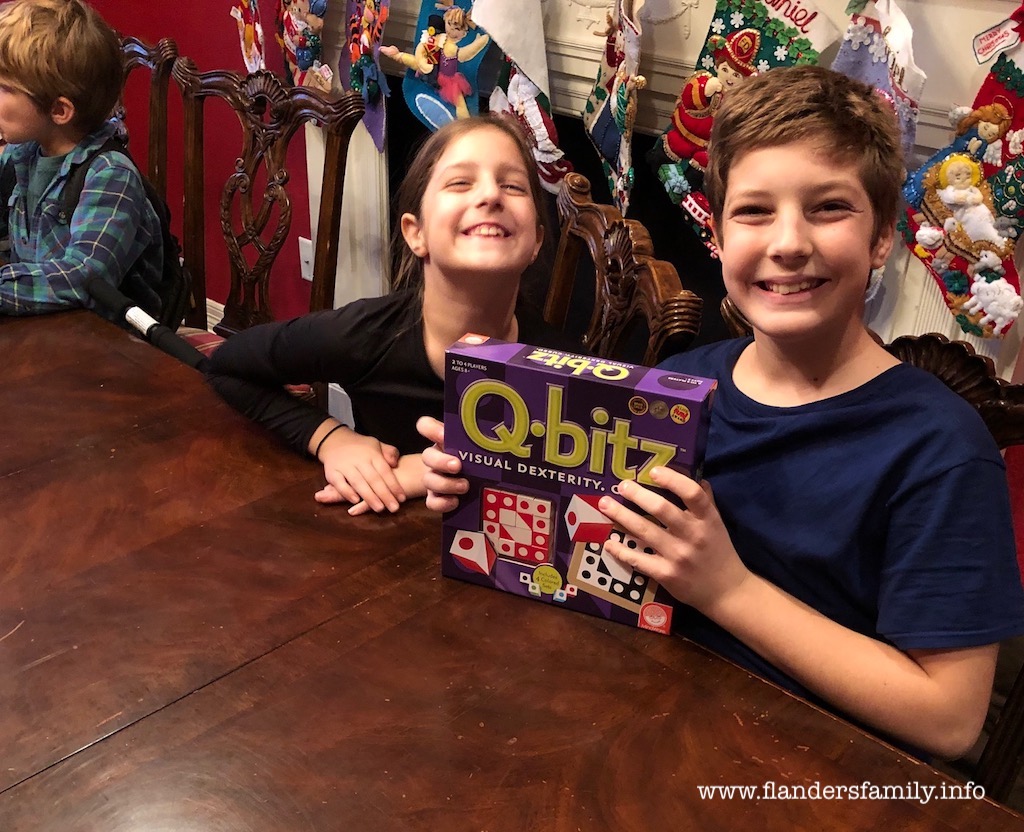 I bought the four-player version as a family gift last Christmas, augmented with a couple of single sets. But the kids enjoyed playing so much that I eventually bought another full game so we could all play at one time. 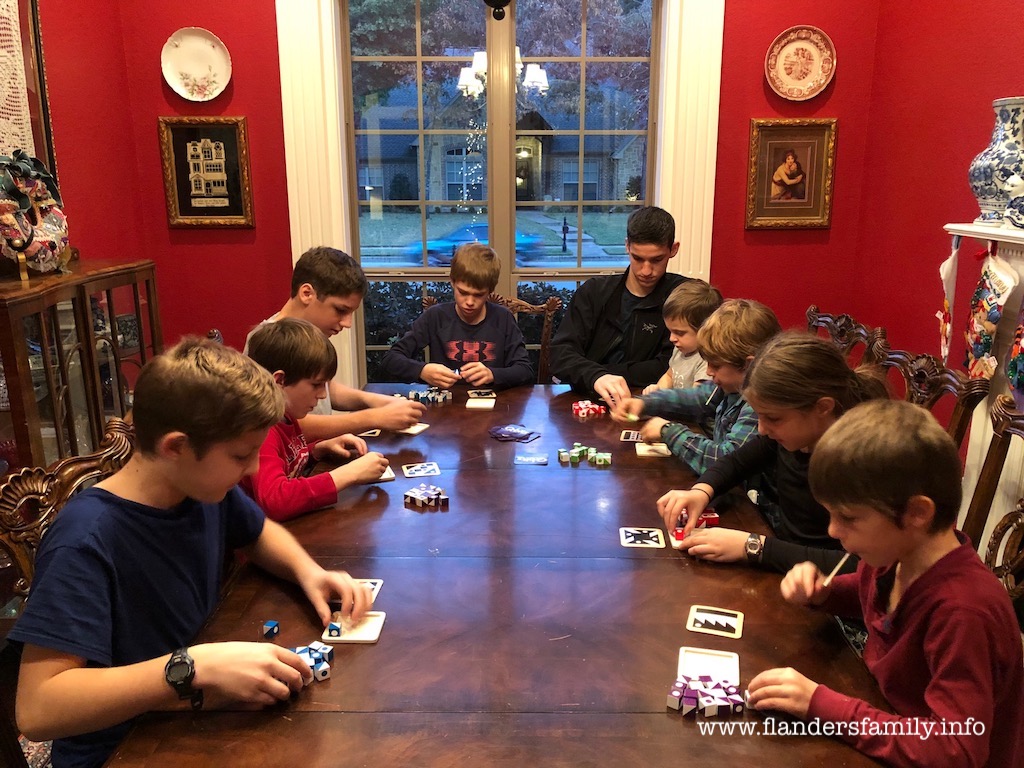 This game is fun for all ages. Some of the designs are more challenging than others, so whenever I’m supervising, I try to give the more challenging puzzles to the older children to help level the playing field somewhat. 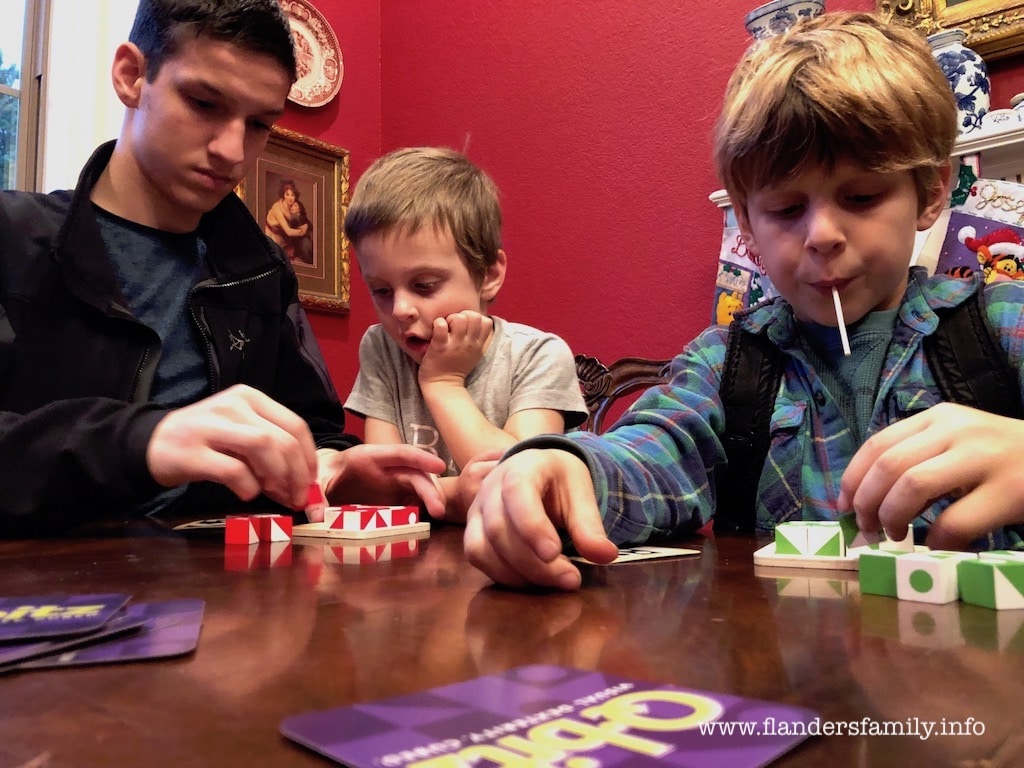 We usually just race to see who can finish their design the fastest. But if you want to add a level of complexity to the game, give players ten seconds to study a challenge card, then turn it face down and try to build it from memory. 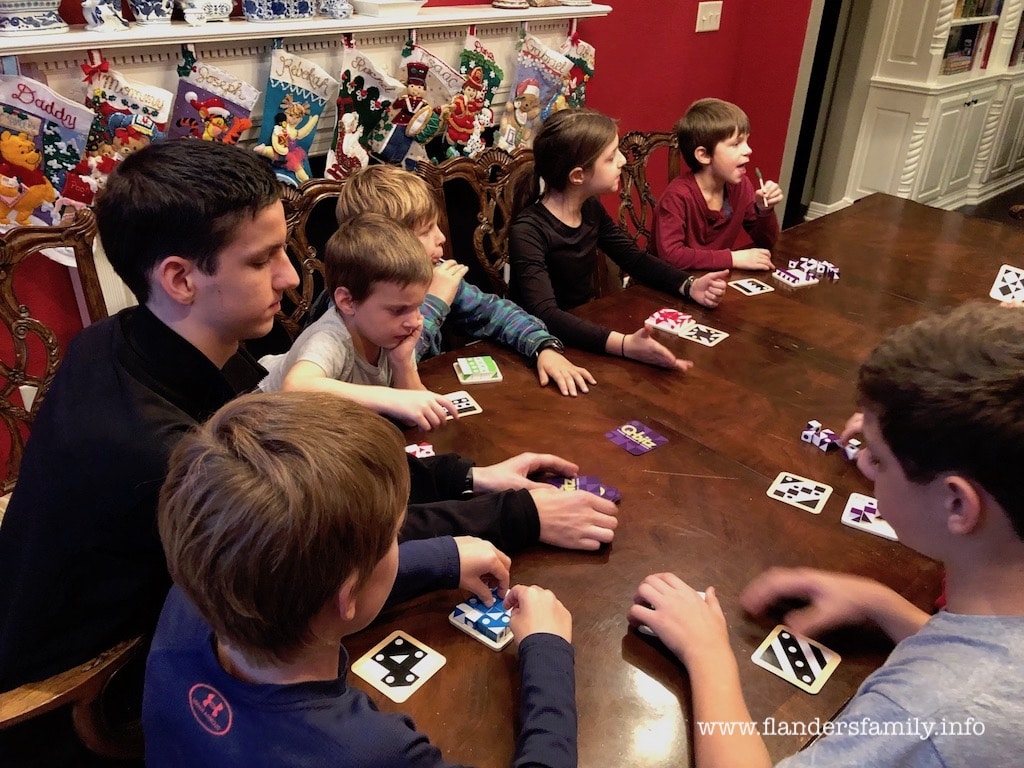 Another alternative is to take turns rolling the pattern cubes. Each player selects only the blocks from his own roll that land face up with the pattern needed to reproduce the design on his/her own card. 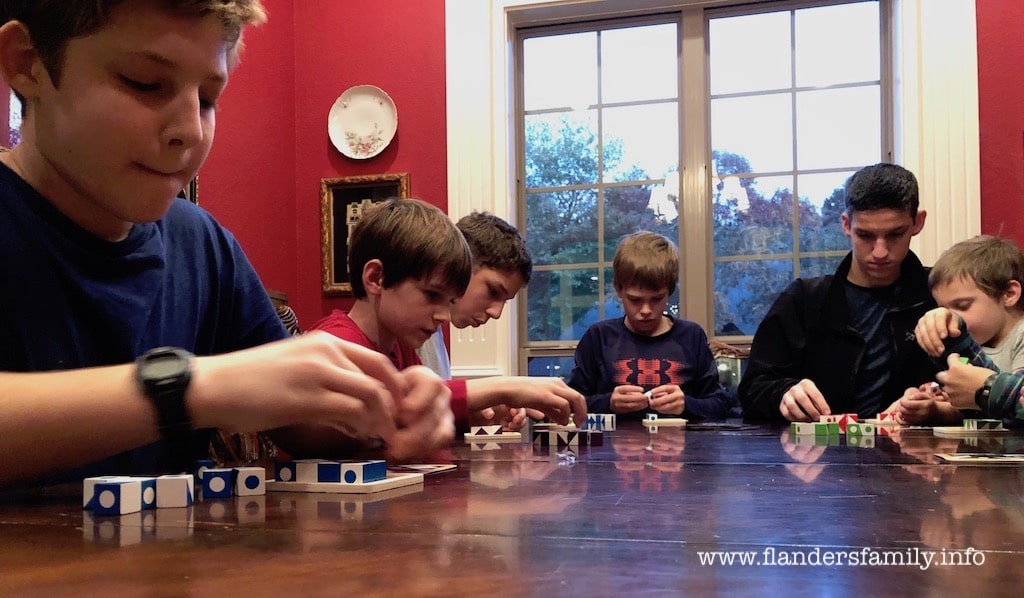 Play continues in like manner until one player rolls whatever is needed to complete his own pattern. Once that happens, we declare the first to finish the winner of that round, then start over with a new challenge. 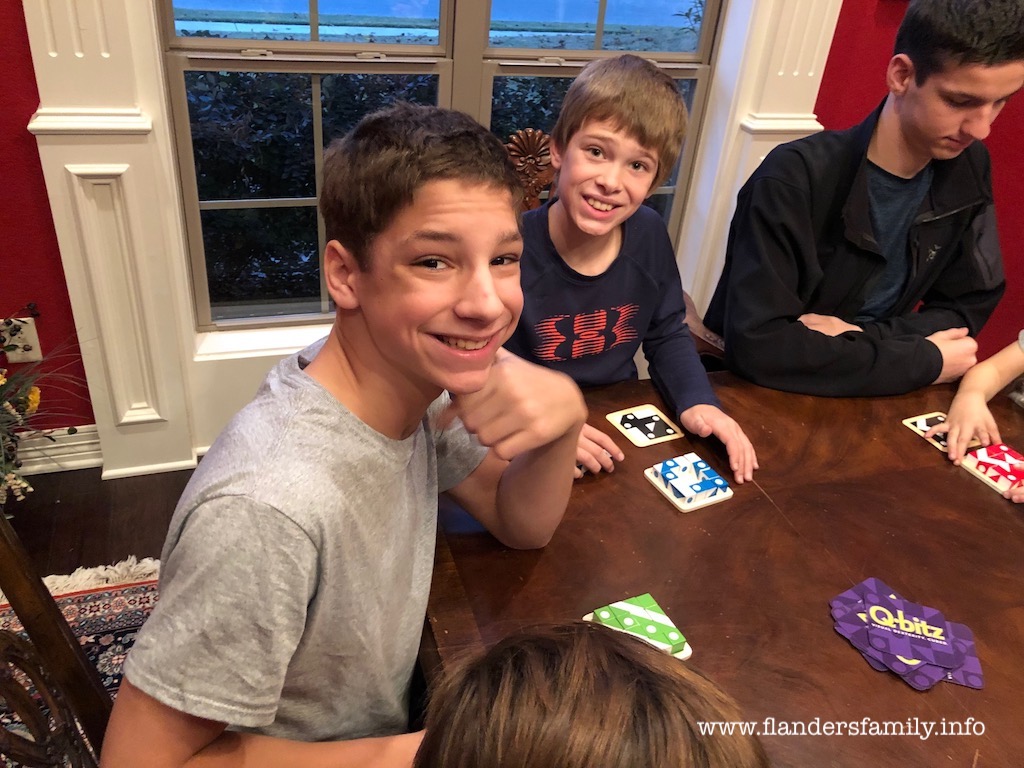 I bought our Q-bitz games through Timberdoodle. I’ve been shopping their catalog for Christmas presents for nearly three decades now! 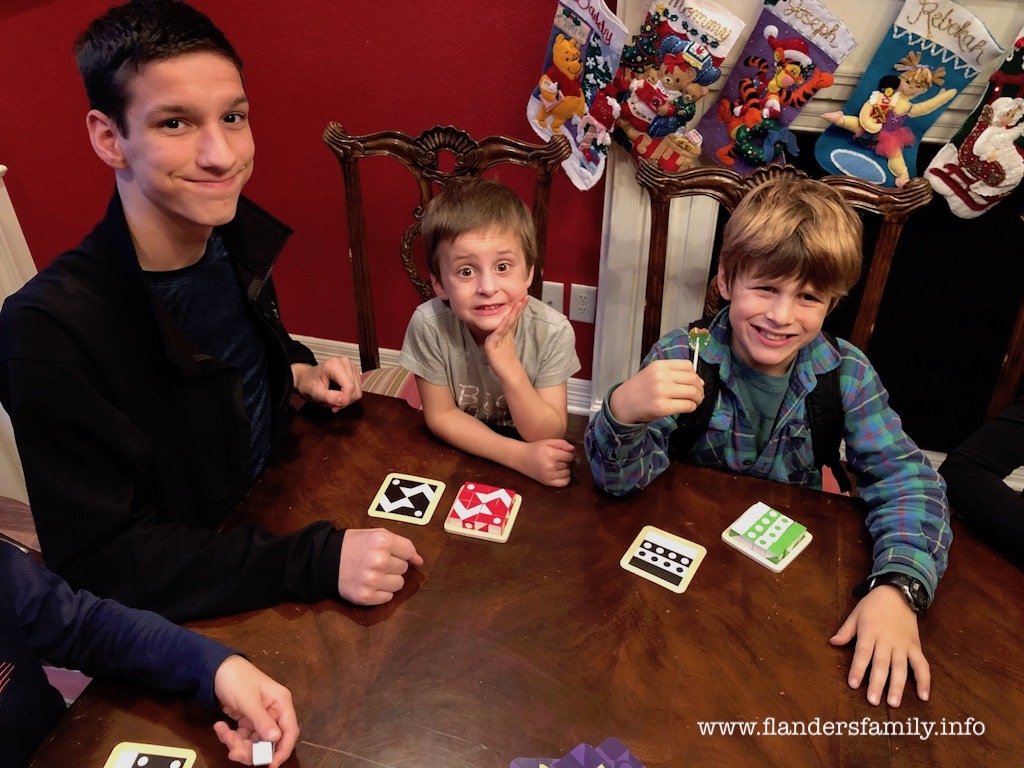 The four-player version makes a great family gift for under the tree. Alternatively, the solo version (which also happens to be part of Timberdoodle’s 2nd grade curriculum kit) fits easily into a Christmas stocking. 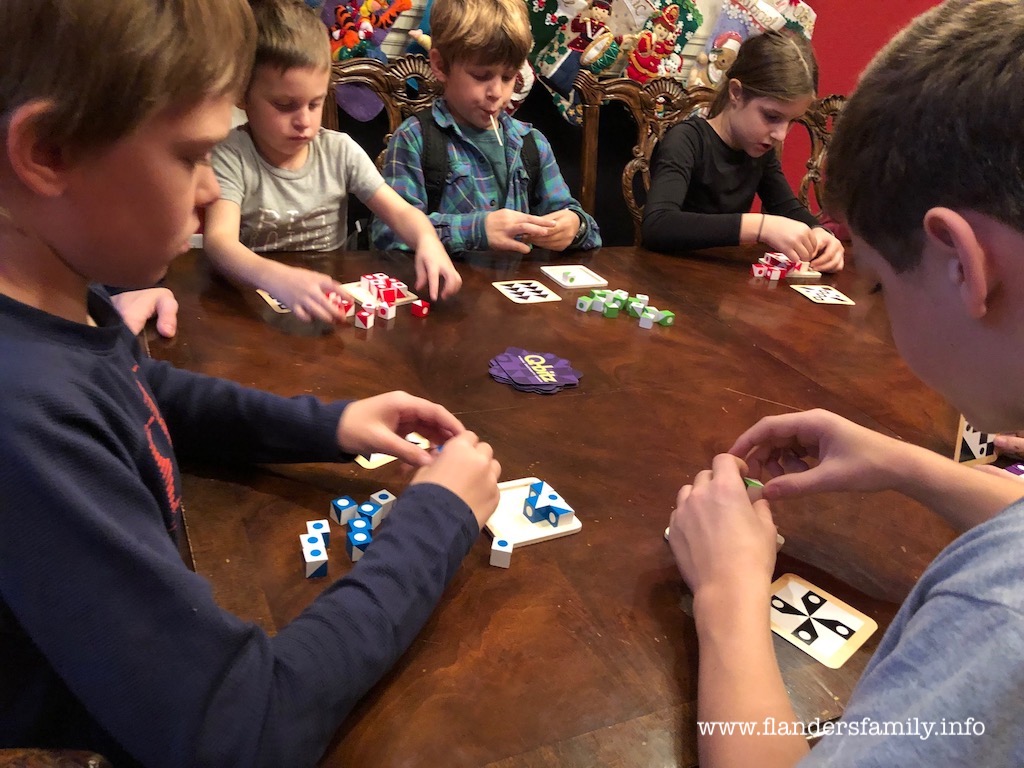 In an age where so many little eyes spend so much time glued to a screen, I love finding products like these that encourage “unplugged” play and fosters communication (and a dose of healthy competition) between siblings! 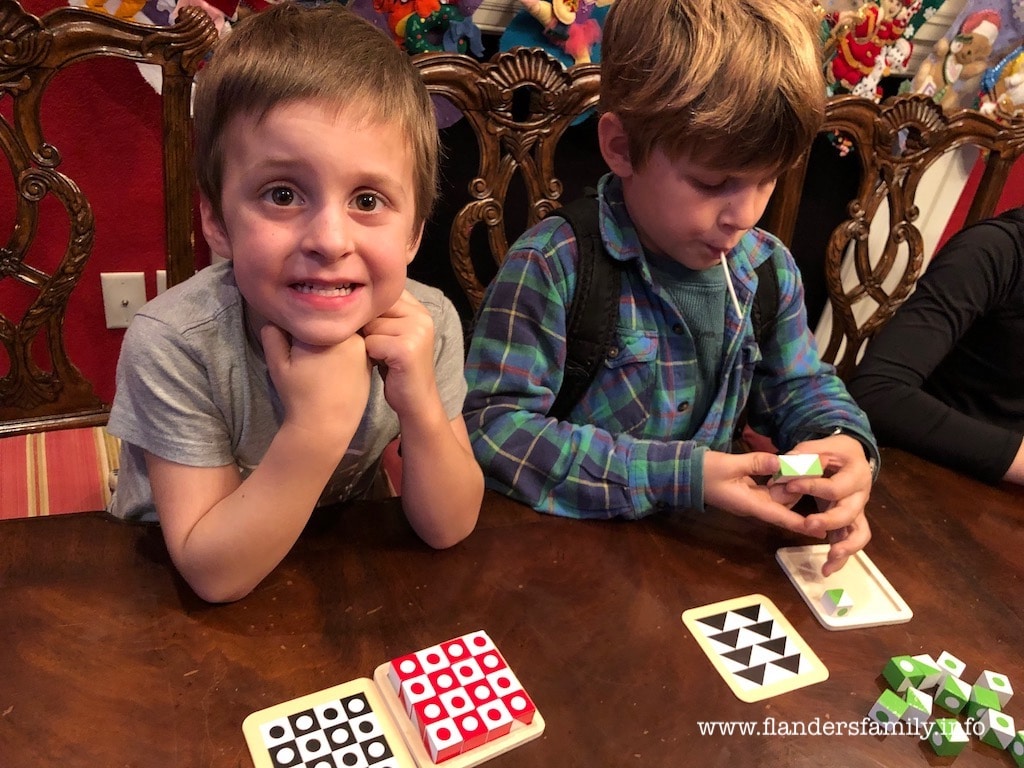