I’ll admit I was a little skeptical when I first cracked open The Amazing Dr. Ransom’s Bestiary of Adorable Fallacies. 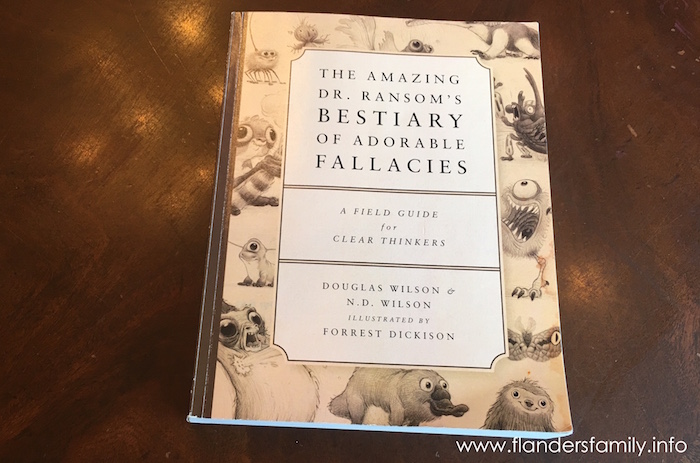 I’d taught a logic class for a local co-op several years earlier, and I’d taken a couple of critical thinking classes myself even further back than that, and this book didn’t look very “scholarly” to me. It certainly wasn’t like any of the texts I’d used in the past. 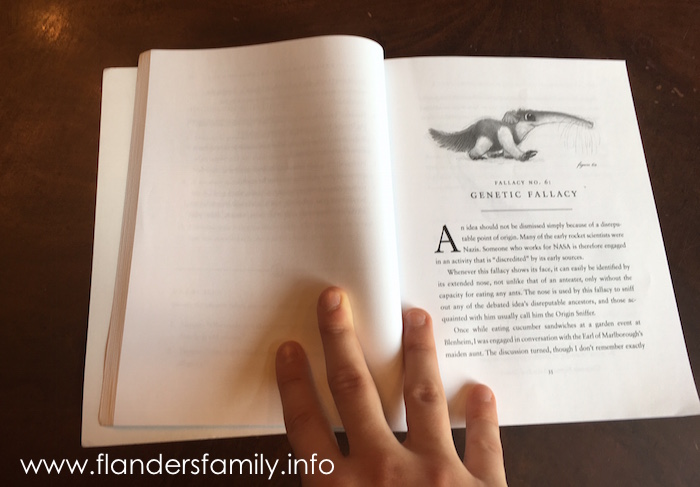 With it’s whimsical drawings and far-fetched narrative, I felt as if I were flipping through a copy of J.K. Rowling’s Fantastic Beasts and Where to Find Them rather than a catalog of logical fallacies. (I thought) I preferred a more straightforward, serious (some might say boring) approach to the subject. 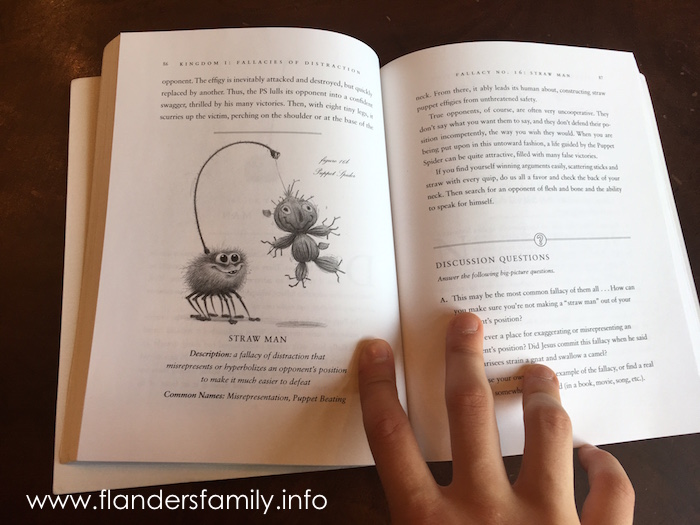 But author Douglas Wilson obviously understands kids better than this mother of twelve, because mine have been hooked since the very first chapter. 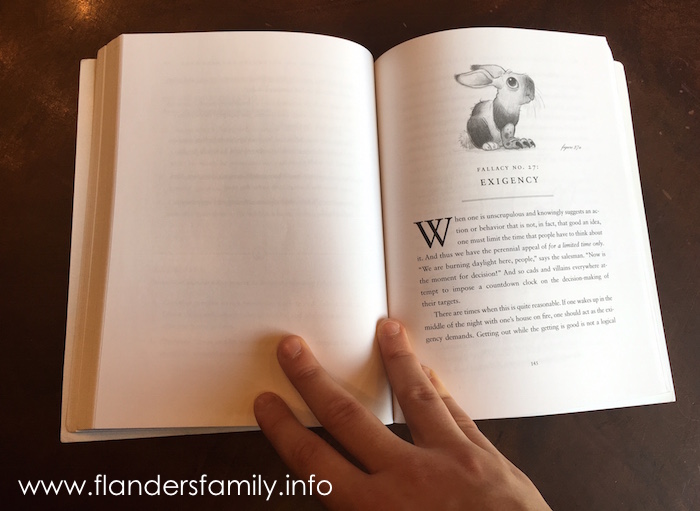 Their interest runs deeper than just paying attention during the 20-or-so minutes I read aloud from this book daily. They are also grasping the material well enough to participate in meaningful discussions afterwards. 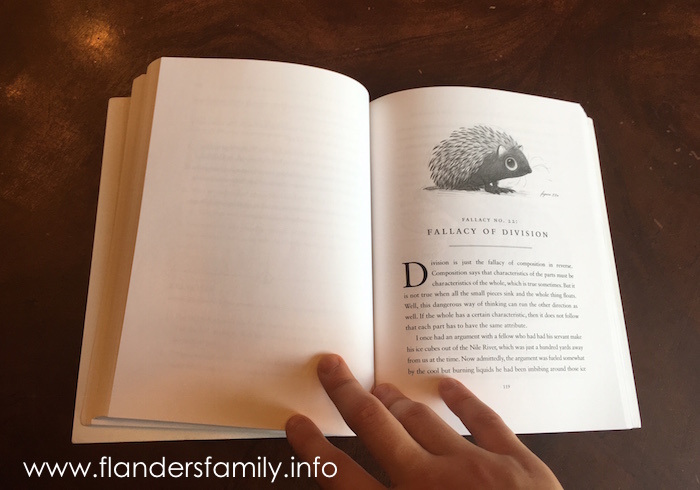 Not only can they answer the questions (correctly!) at the end of each chapter, but they’ve taken to discussing the concepts outside of “school hours” as well. They try to outdo one another in spotting and correctly identifying “real life” examples of fallacious thinking in advertising and the media, as well as in personal interactions with siblings and friends: 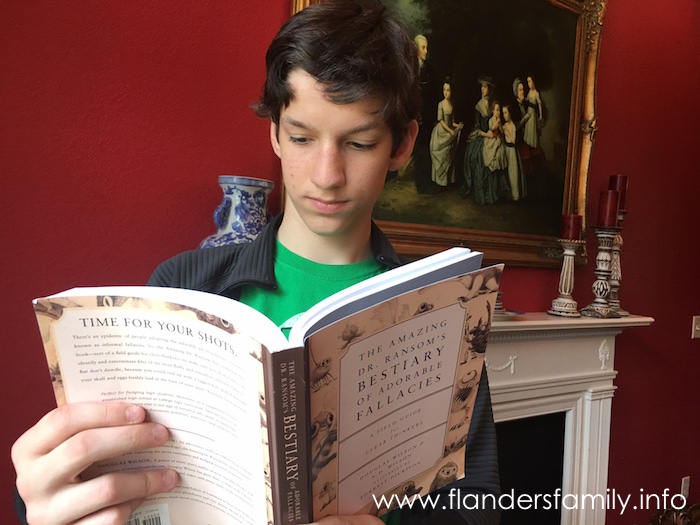 I’d originally planned on having my high schoolers read through The Amazing Dr. Ransom’s Bestiary of Adorable Fallacies on their own. After all, the book is part of Timberdoodle’s 10th grade curriculum kit, so I knew the book is geared toward older readers.

But two things kept me from implementing this plan: First, I knew my high schoolers’ plates were already full with the dual credit courses they were taking at our local junior college this semester. And, second, I wasn’t convinced by my initial perusal that the book would be worth their time.

So I decided to read Adorable Fallacies aloud to their younger siblings (ages 6, 9, 11, and 13) myself first. And I’ve been pleasantly surprised.

I can’t say the six-year old has gotten much out of it, but the nearly-ten-and-up crowd has definitely benefited. As for my high schoolers, I won’t hesitate to assign this book to them in the future, although doing so may not be necessary. They’ve felt a little lost listening to their younger brothers’ and sister’s discussions at the dinner table and are already calling next dibs on the book, so they can keep up with the conversation! 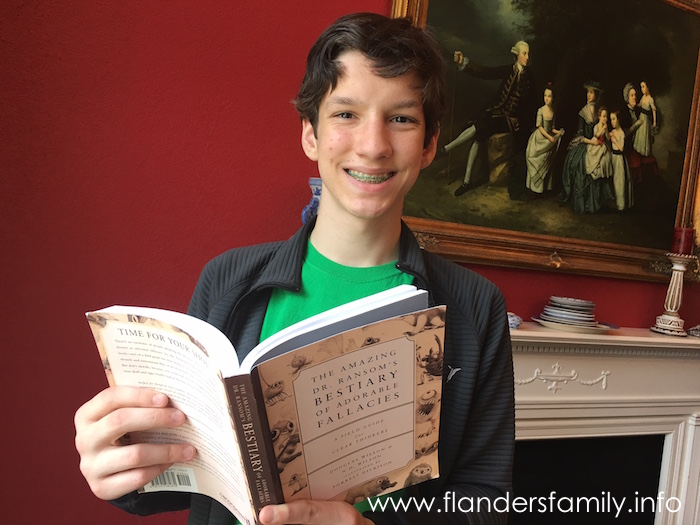 The folks at Timberdoodle gave me a free copy of The Amazing Dr. Ransom’s Bestiary of Adorable Fallacies in exchange for this honest review. They’ve also generously offered an additional copy for me to share with one of my readers. 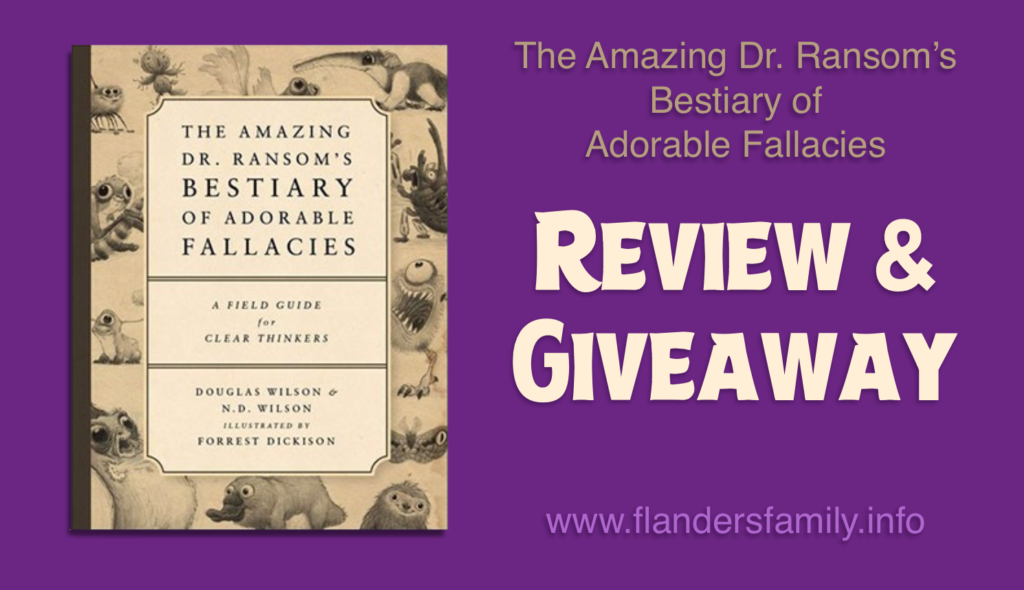 Interested? Enter the giveaway by using the rafflecopter widget below: