As I’ve mentioned before, we’re longtime fans of Timberdoodle, so when the company offered earlier this year to let me try a slew of new products in exchange for an honest review of each, I jumped at the chance to participate. 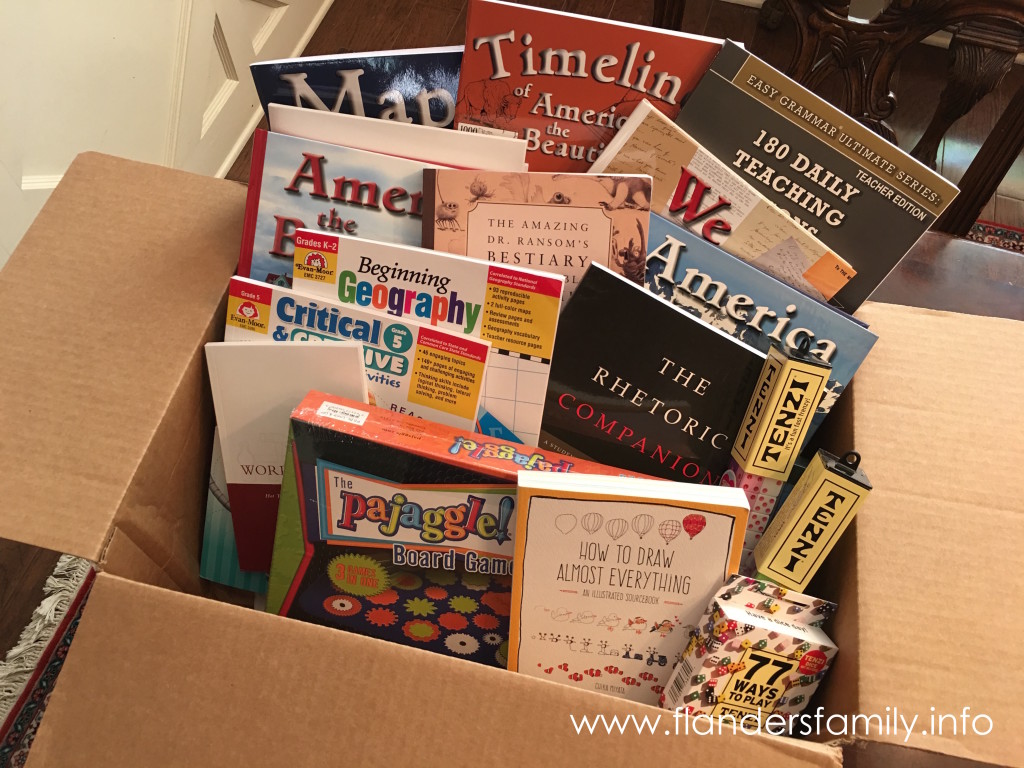 …but at the request of my children, I decided to start with Pajaggle. 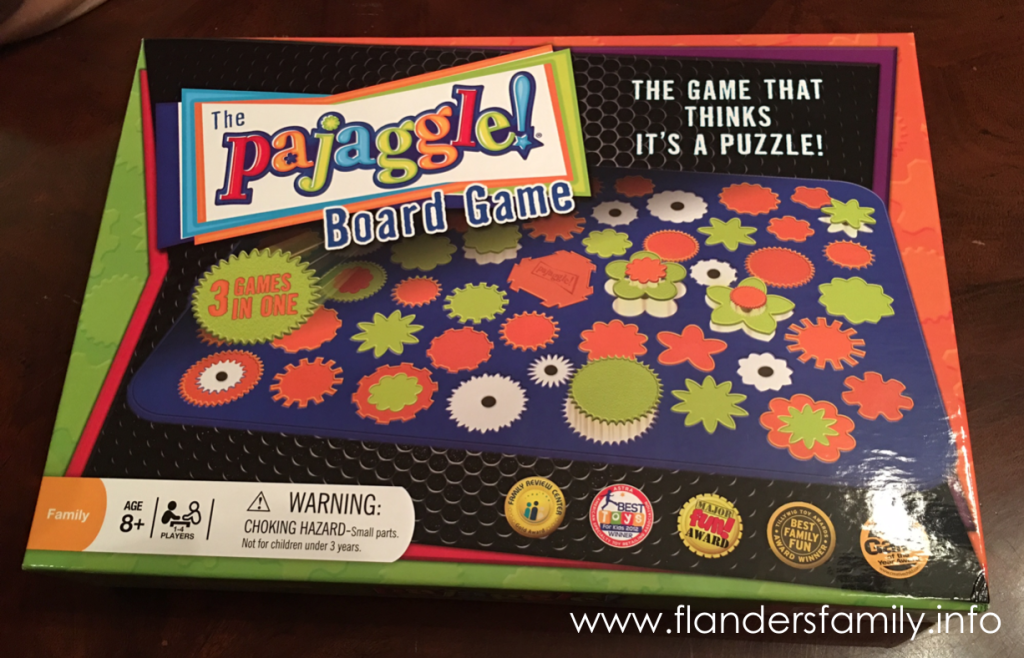 The box says this game is for ages 8 and up, but my brand-new six-year-old has been playing all week with her big brothers and loves it. 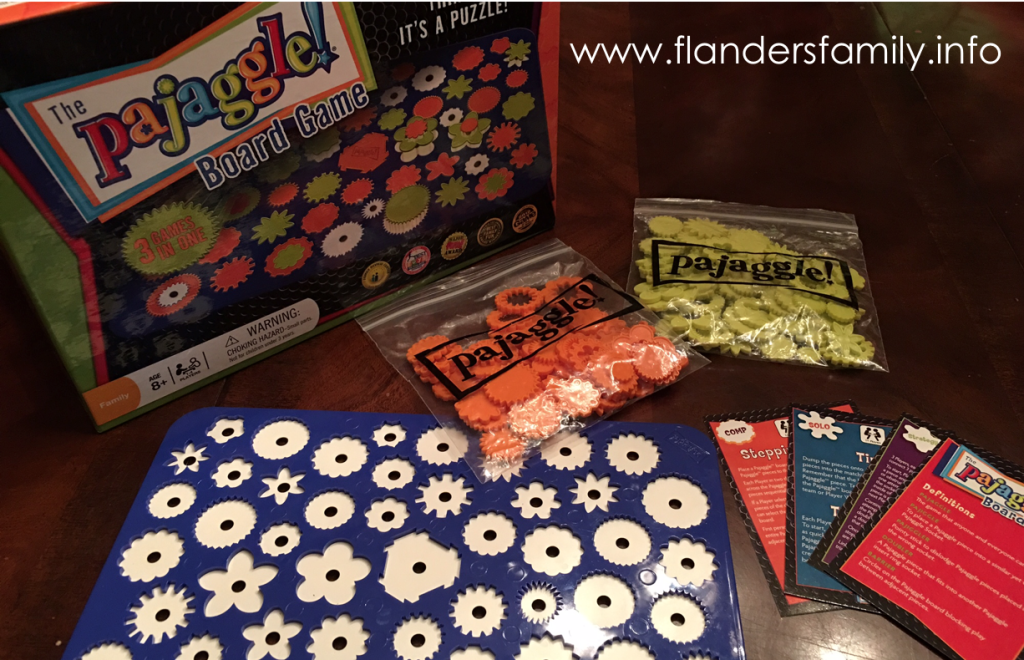 The version Timberdoodle sells comes with two colors of pieces, which turns Pajaggle into a two-player (or two team) game. UPDATE: Sadly, Timberdoodle no longer carries the two-tone Pajaggle, and the only version I could find on Amazon features monochromatic pieces. So you’ll either have to settle for that, or try some of the other great thinking puzzles Timberdoodle offers. 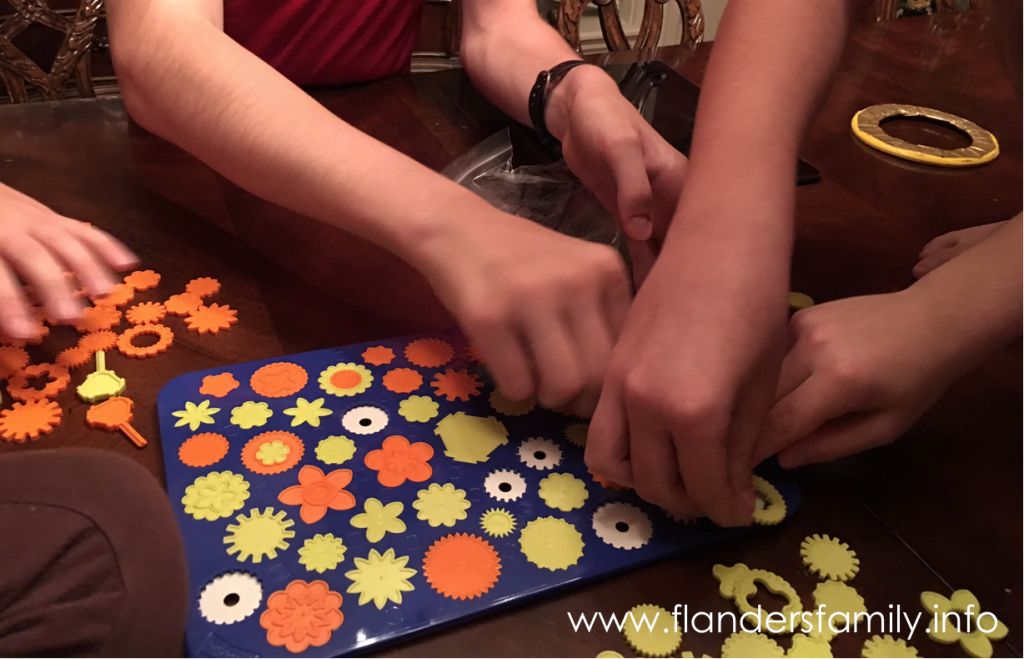 I thought the game would primarily appeal to my little ones, but I was wrong. As soon as my teenagers heard the commotion, they came to join in the fun, as well. The table got a little crowded with seven of us playing Pajaggle all at the same time, so I stepped away to take a few pictures. 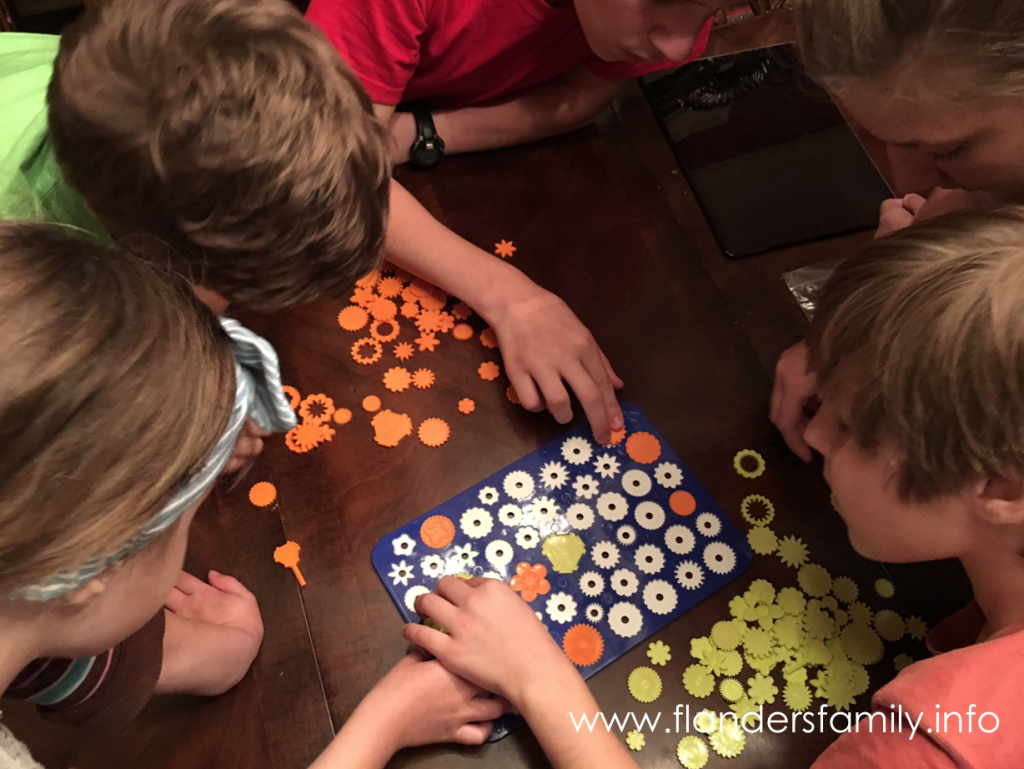 Don’t let the photos fool you. This game is a lot more challenging than it looks, due to very minor and difficult-to-discern differences in the shapes and sizes of the puzzle pieces. 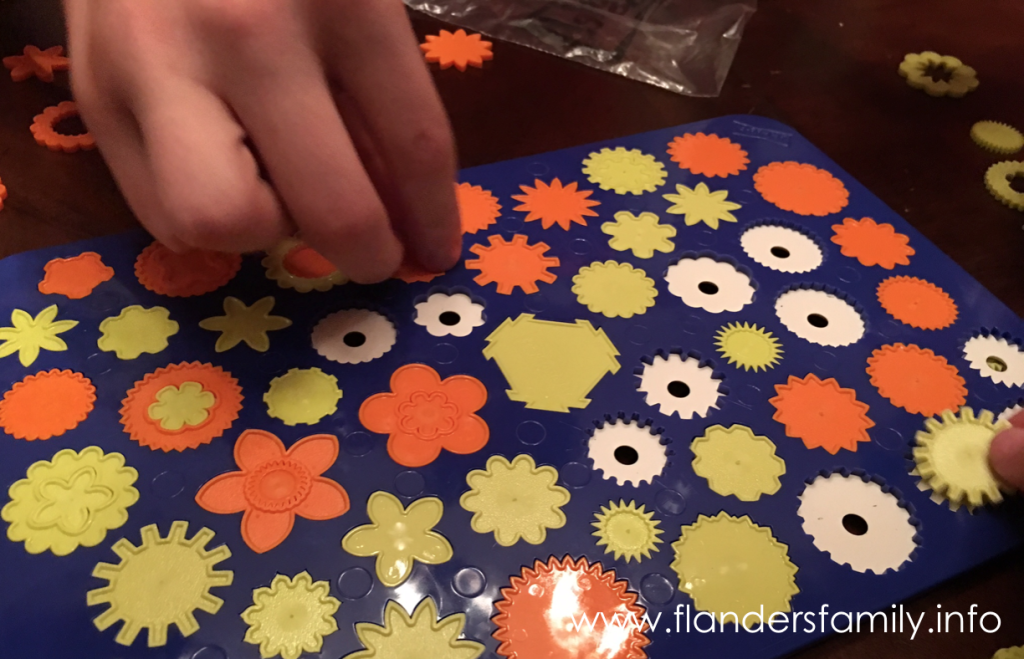 Rule cards list several different options for play, but we think the most straightforward version is the most fun: race your opponent to see who can fit the most pieces of your color into the game board before the puzzle is complete.

In the absence of an opponent — which almost never happens at our house — Pajaggle can be played alone or by racing against the clock, instead.

This puzzle game makes a fun addition to any child’s curriculum.