You are here: Home / Marriage / Our Anniversary Tradition
86 shares
When Doug and I married (26 years ago today!), we left the church in a limousine, which means we totally missed out on the tin can and shoe polish thing, as the limo company had a very strict policy against defacing their vehicles.

That was a bit of a bummer (in my mind, at least), and I’ve been trying to make up for it ever since. That first little ride in an unmarked car gave me all the excuse I needed. Now, every year on our anniversary, I make a point of announcing the fact that my husband and I are (still) married to everybody who shares the road with us. 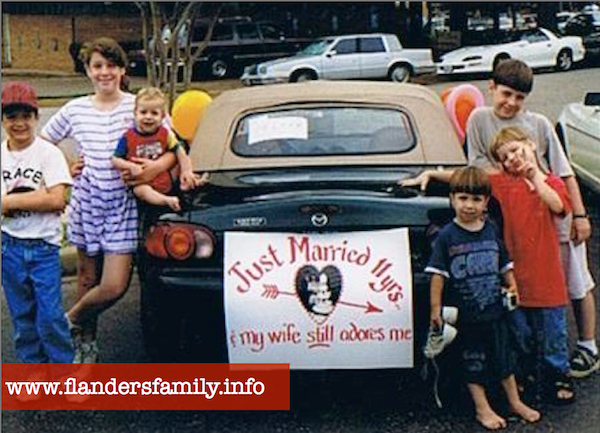 In the beginning, I worked alone, but as my kids got older, they became my partners in crime. The trick was to decorate Dad’s car without him catching us. We’d usually descend upon it in the parking lot while he was at work, but sometimes we’d fix it up early before he ever left home. 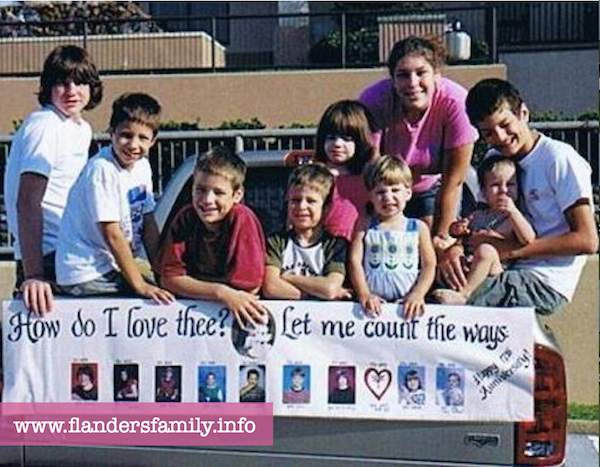 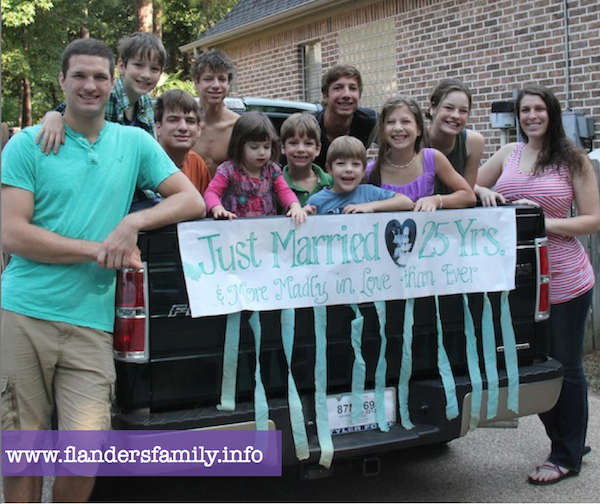 Some years we take pictures; some years we forget. Some banners are used one time and tossed; others are laminated and saved to be reused when busy schedules prevent making new ones. A few years we’ve missed altogether, because our anniversary has hit while Doug was deployed, or I was delivering a baby, or our family was in the middle of a long road trip and I didn’t think ahead of time to pack the posters. 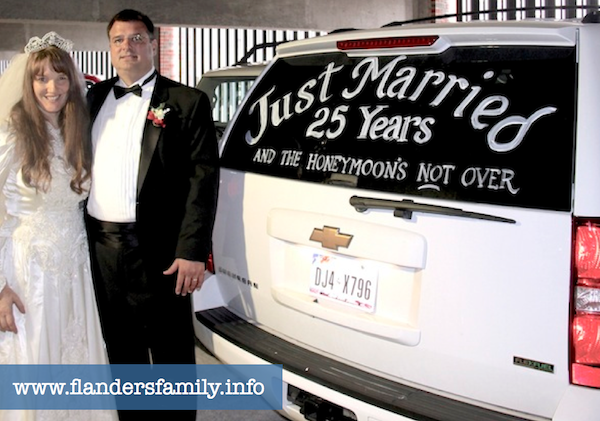 But that’s okay, too. We’re in this for life, and every day provides a new opportunity to celebrate that fact, whether shoe polish is involved or not.