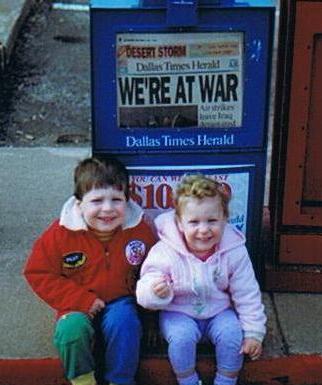 Several of our friends and family members wrote to us after Christmas last year to say they hoped our news this year would be more pleasant, so we are happy to report that this has indeed been a very good year.

January brought with it many changes for our family, as we rang in the New Year with a longer list of resolutions than in all our previous years combined. (We even managed to keep a few of them!) Doug devised a schedule for Jennifer and the kids, effective January 1st, Monday through Friday, 8-11 a.m., consisting of lessons in Scripture memorization, reading, math, art and science. The children loved having so much of Mom’s undivided attention and learned quickly. By the end of the first month, Bethany’s vocabulary had expanded to include 75-80 words, and Jonathan could identify a dozen written words, major organs of the human body, numbers 1-30, and scores of different bird, animal and insect species. 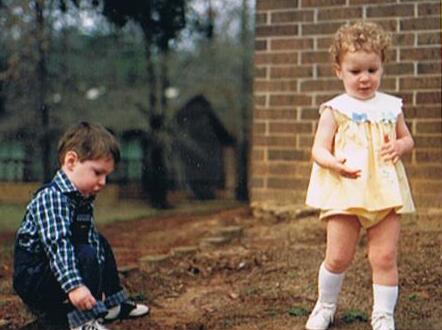 Our rent was supposed to have increased by $75 a month this year (our lease expired in December); however, we received a call from the leasing office toward the end of January asking if we’d be interested in answering phones for the apartments three nights a week. If we were to accept (which we most gratefully did), they would forward the calls to our home and reduce our rent by $180 — effectively cutting it in half!

In February, we took a weekend trip to Tyler, Texas, with some close friends, Mary and Warren Robbins and their two children. We all had a wonderful time. The zoo there is great (free, too!) and the rose gardens spectacular (though just beginning to bloom when we visited). 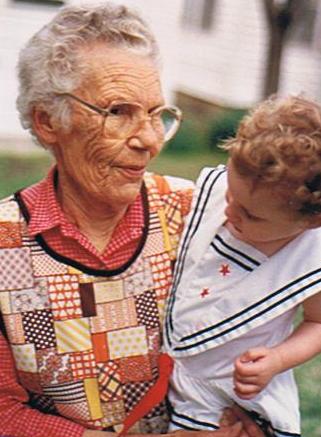 We continued our travels in March, flying to Corpus Christi one weekend to visit Doug’s grandparents, and driving to Oklahoma the next to see Jennifer’s kin. We were back in Mesquite for Easter, just in time to dye eggs with Nana and Papa and to eat Sunday dinner at their house. Lest you think the eggs, baskets and bunnies caused the children to miss the true meaning of Easter, we overheard Jonathan in the bathroom one night explaining to Bethany why Jesus was nailed to a cross: “He died for our sins, Betsy, and I just love Him so much!”

Our travels ended in April, with a one-day visit to friends in Ft. Worth. The following weekend, we attended Greg Harris’s home-schooling workshop at Criswell College. Some friends of ours from First Baptist’s Family Class, Fred and Sarah Cooper, have long been involved in coordinating this seminar in the Dallas area and asked this year if we would serve as exhibit hall chairmen. We were happy to oblige, and in return for our labors (which were few), we received free admission to the seminar, a $25 gift certificate for workshop materials, and dinner with Mr. Harris and the seminar coordinators…. 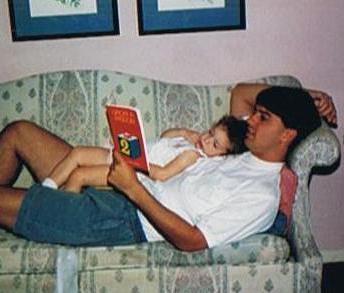 April 10th marked the one-year anniversary of Jonathan’s being diagnosed with diabetes. That same week, the men from our Sunday school class met in our home to pray for Jonathan’s health. This was a very precious time for our family, the memory of which we will always cherish. Jonathan has adjusted very well to the management of his diabetes (he can even test his own blood now without any assistance), though he continues to pray faithfully that God will “heal my pancreas or help the doctors find a cure”. 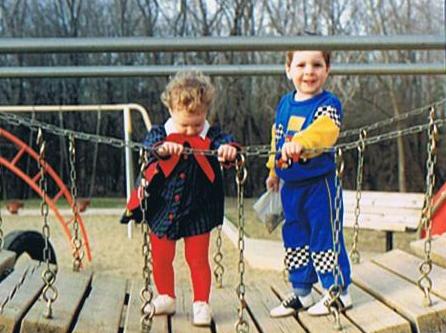 In May, we began a new reading program using the book, Teach Your Child to Read in 100 Easy Lessons. This approach was ideal for Jonathan, who is a very visual learner. Within just a few weeks, he was beginning to sound out words on his own. Jonathan turned three on May 31st and received a pet rabbit for his birthday. We thought the bunny seemed a little lonely and considered getting a second to keep him company, but thought better of the idea after discovering our pet gerbils had given birth to a sixth litter that same week. 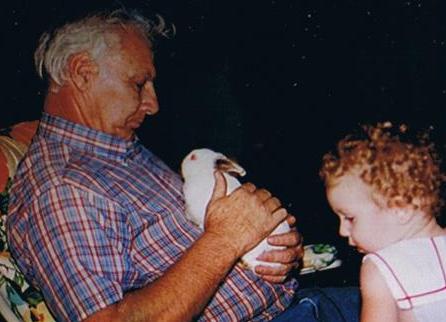 Jennifer’s parents began a big landscaping project in June, so for the following two or three months, Jonathan spent every Saturday morning at their house “helping Papa dig in the dirt”. We joyfully learned mid-month that Jennifer is expecting again. This baby is due February 28th (which should put him here on St. Patrick’s Day if he’s as late as our last one!).

Jennifer and the kids took a break from school in July, though Doug had no summer vacation this year. He finished a rotation in anesthesiology, his field of choice, on June 28th, then began senior year courses July 1st. He volunteered to edit the course guide for anesthesia and ended up getting paid ($500) to do it! This gave him an excuse to buy a new computer so he could work on the project at home. Once that job was completed, he began the long process of requesting and submitting applications for residency programs. 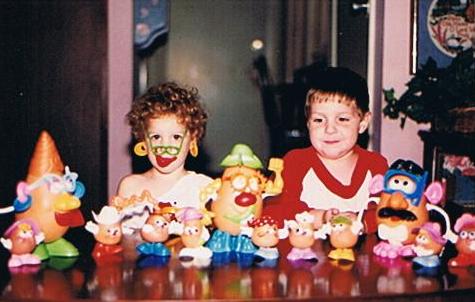 Jennifer had a scare in July when her obstetrician couldn’t detect baby’s heartbeat and ordered a sonogram. The first images showed no baby at all, indicating a possible molar pregnancy. We had to endure a long weekend of restless nights before having higher-resolution ultrasound. This one clearly showed a healthy baby boy, and Jennifer has had no problem since…. Bethany made the big switch from diapers to Minnie Mouse panties this month, toilet training with very little effort. Jonathan was quite an encouragement to her in this endeavor, cheering her on with great enthusiasm whenever he’d see her running for the potty…. Toward the end of July, we returned to Believer’s Chapel. With so many godly Christian families there who’ve successfully raised obedient children, we have a wealth of experience to draw upon as we seek Biblical counsel in matters pertaining to child training. 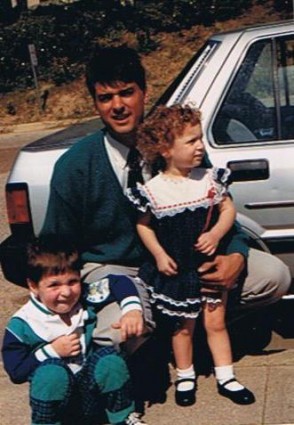 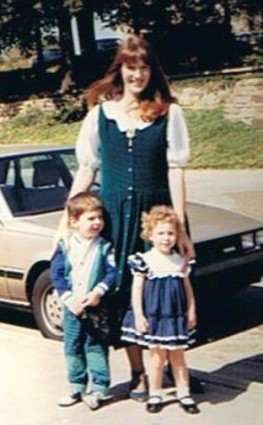 Doug’s parents and sister paid us a visit in August. They gave us a couple of weeks forewarning, which afforded us time to complete a few neglected chores before they got here. We steam-cleaned the carpets, stripped and repainted the furniture in the nursery, reupholstered several chairs, and reviewed proper table manners with the children. (We see Doug’s family so infrequently — it’s especially important to us that everything be in order when we do). Quite ironically, Jonathan and Bethany both took ill the morning of the Flanders’ arrival and threw up all over the freshly shampooed carpet, the newly upholstered chairs, the refinished furniture, and even on Aunt Priscilla! That was nasty. To top it off, the stomach virus caused them to lose their appetites, so we weren’t even able to show off their table manners! 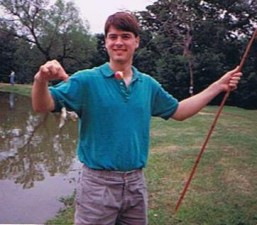 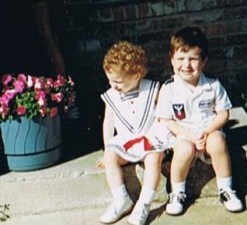 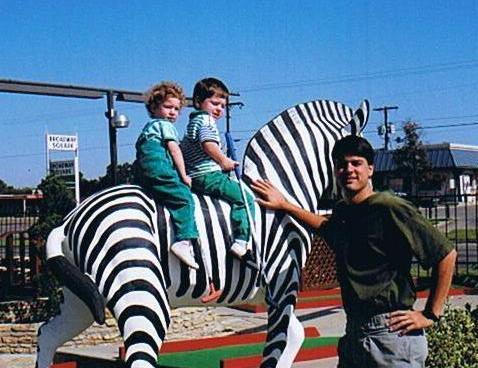 Through the months of September and October, Doug taught cell-biology labs at the school. This provided a much-needed respite from the rigorous hours of clinical rotations, in addition to furnishing us with some extra income. The hours were fantastic: weekdays 1-4 p.m. with Wednesdays and weekends off. Who wouldn’t love a cushy schedule like that? We took advantage of the extra time together to enjoy some family outings. We visited Science Places I and II, the zoo, the aquarium, the planetarium, a local Putt-Putt golf course, Samuel Farm, and the State Fair. We both entered a spinach salad contest at the Fair this year. Our salads didn’t win any awards, but we’d be glad to send our recipes to any of you who are brave enough to try them (we hadn’t the stomach to do so ourselves)! 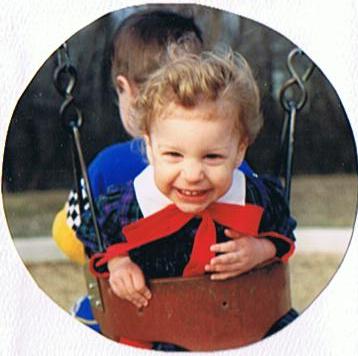 Bethany celebrated her second birthday September 20th, though it’s difficult to believe she’s only two. She’s 36 1/2″ tall (completely off the chart), 29 1/2 lbs., and has a phenomenal vocabulary (in her parents’ opinion, at least!). She can sing the alphabet song in entirety, quote Bible verses verbatim, and recite countless nursery rhymes (in German, even!). Of course, you’ll have to just take our word on all of this, as she refuses to “perform” in public! (Where’s that video camera when we need it?) 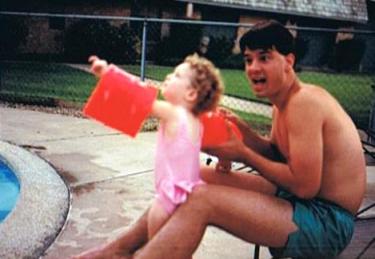 Jennifer’s mother’s family held a reunion in Oklahoma the first weekend in October. We rode up with Jennifer’s parents, sister, and brother-in-law in a 15-passenger van Nana and Papa had rented for the occasion. This made the 5-hour trip almost as enjoyable as the reunion itself! We experienced a real victory this month when the children began once again to go to bed without a fight (this had somehow become a three-hour nightly battle, in addition to the two-hour struggle we encountered at naptime). 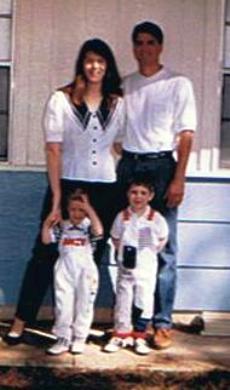 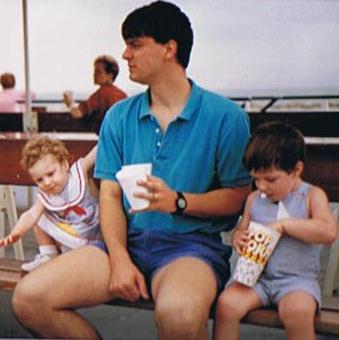 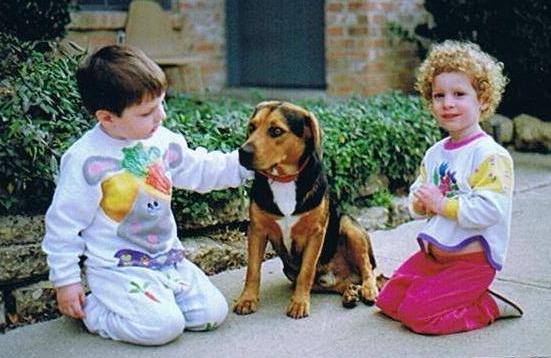 Doug interviewed at Parkland in mid-October. It looks hopeful we’ll be able to stay in Dallas for his residency, though we won’t know for certain until next March. Five months and 25 lbs. into Jennifer’s pregnancy, we finally got on the ball and found a new obstetrician. (Dr. Howard, whom we loved so dearly, retired from his OB practice last January.) Our new doctor’s name is William Cutrer. He’s a very nice, conservative, pro-life physician, of whom we’ve heard nothing but glowing reports. (He also is a Christian and has been attending Dallas Theological Seminary part-time for the past six years). 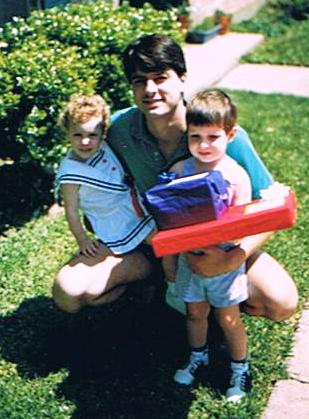 Doug’s grandparents sent him an early graduation gift in November-a check for a new car! We used it to buy a 1986 Plymouth Voyager mini-van. It’s beautiful, well cared-for, and accommodates our growing family very comfortably. Bethany gave us a real scare this month when she fell through a horizontal brachiating ladder from six feet in the air and landed flat on her face. Her chief complaint was, “I didn’t get to slide, let me try it again”, but when we attempted to help her up, she could neither walk nor support her own weight. She had improved dramatically by the time we reached our pediatrician’s office, but was still exhibiting some symptoms of a possible concussion-slurred speech, impaired balance, pallid appearance — so we were sent to Children’s Medical Center for a CT scan. The scan came back normal (to our great relief), but she walked with a limp for several days following the accident. 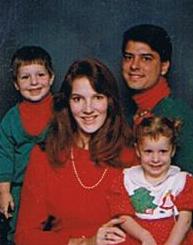 December will be an especially busy month for our family. In addition to the local Christmas programs and events we traditionally attend, we’ll be going to Six Flags’ Holiday in the Park this year (our first time — Jennifer won four free tickets in an essay contest). Doug will have an interview in Oklahoma City and two nights of call this month. We’re also planning to spend some time in Sulphur (OK), San Antonio, and Corpus Christi during his two-week break. Please pray that God will keep us safe through our travels, as we wish the same for you. May God grant each of you a most joyous and meaningful holiday season and keep us all ever-mindful of (and thankful for) His great Gift to us, the baby Jesus, which is Christ the Lord!


With love from the Flanders –
Doug, Jennifer, Jonathan, Bethany, and Baby-on-the-Way 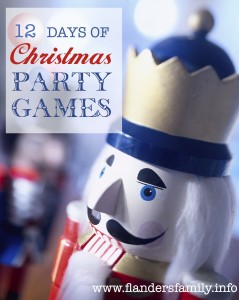 "Getting to Know You" Ice Breaker

Who Gets What? Matching Game

Christmas by the Numbers Quiz

Put the Baby in the Manger

Who Wore It Best? Matching Game

Who Said What? Trivia Quiz

What Child Is This? Christmas Quiz

For Unto Us a Child is Born Quiz

While You Were Sleeping Trivia Quiz