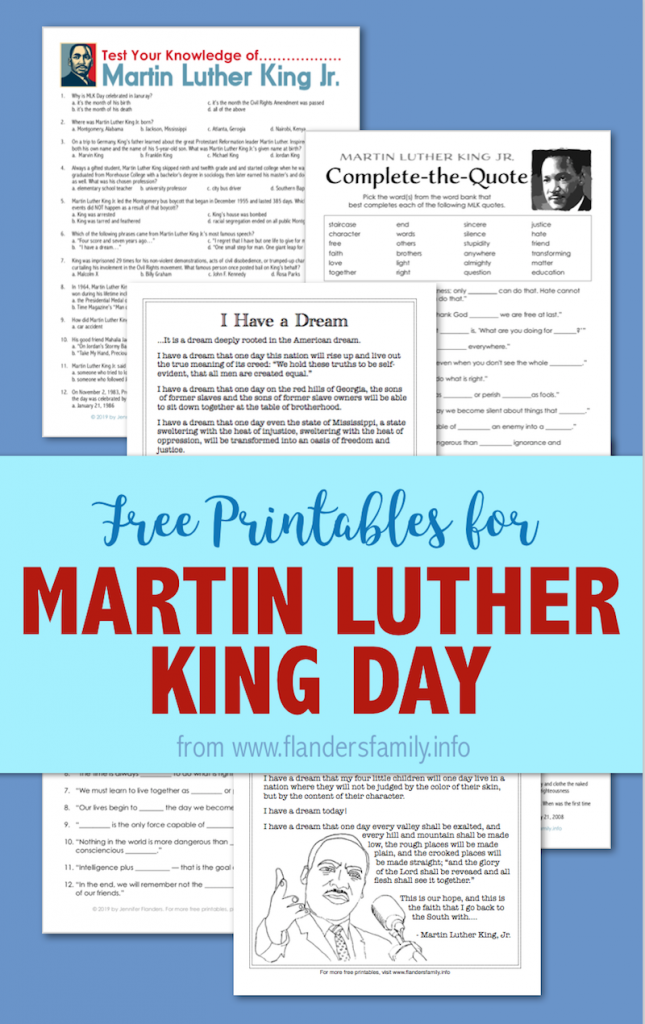 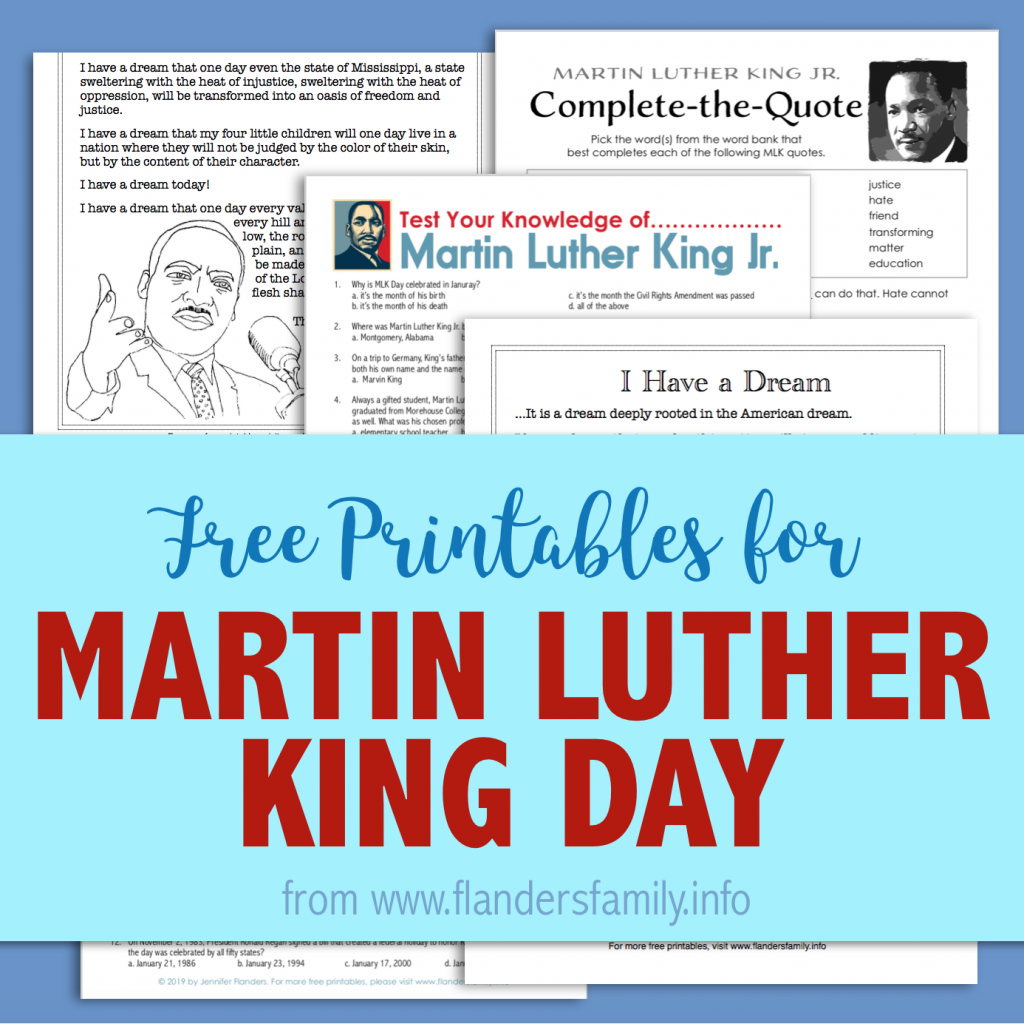 Since MLK Day is just around the corner, I wanted to share a few more resources to help you educate while you celebrate.

First, you can fill in the missing words on a dozen quotes by Martin Luther King Jr. Check your answers on page 2 of the printable to see how much you think alike. 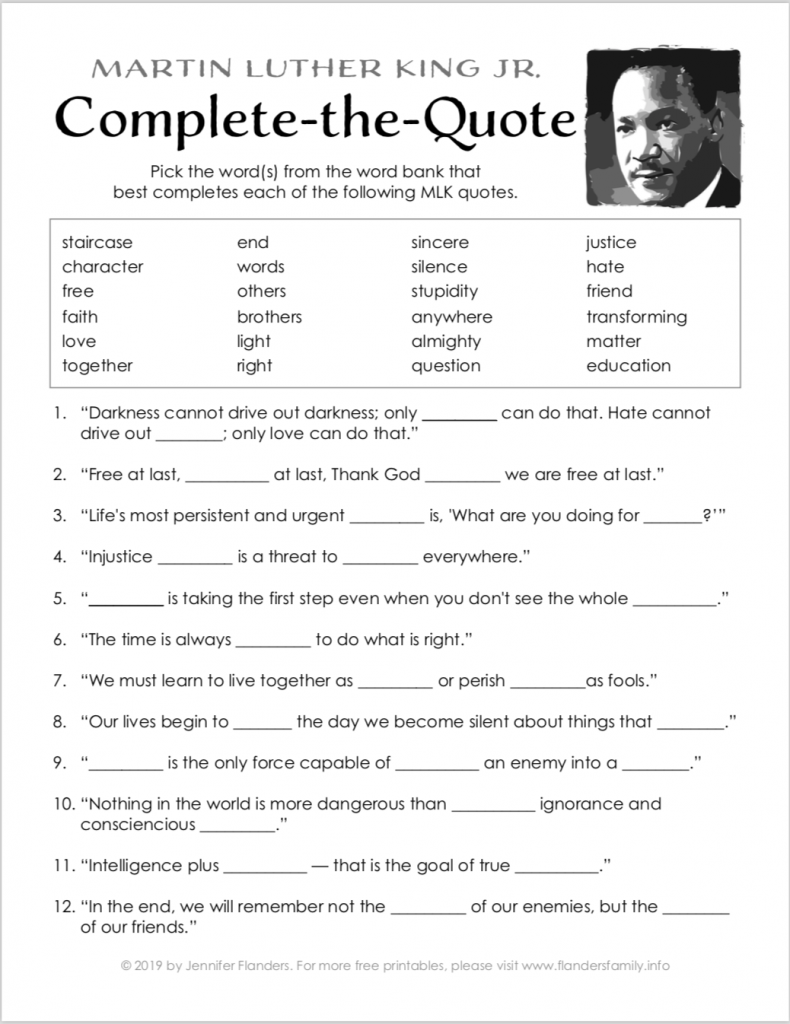 Next, try your hand at our Martin Luther King Jr. Quiz to see how much you really know about this famous Civil Rights leader. 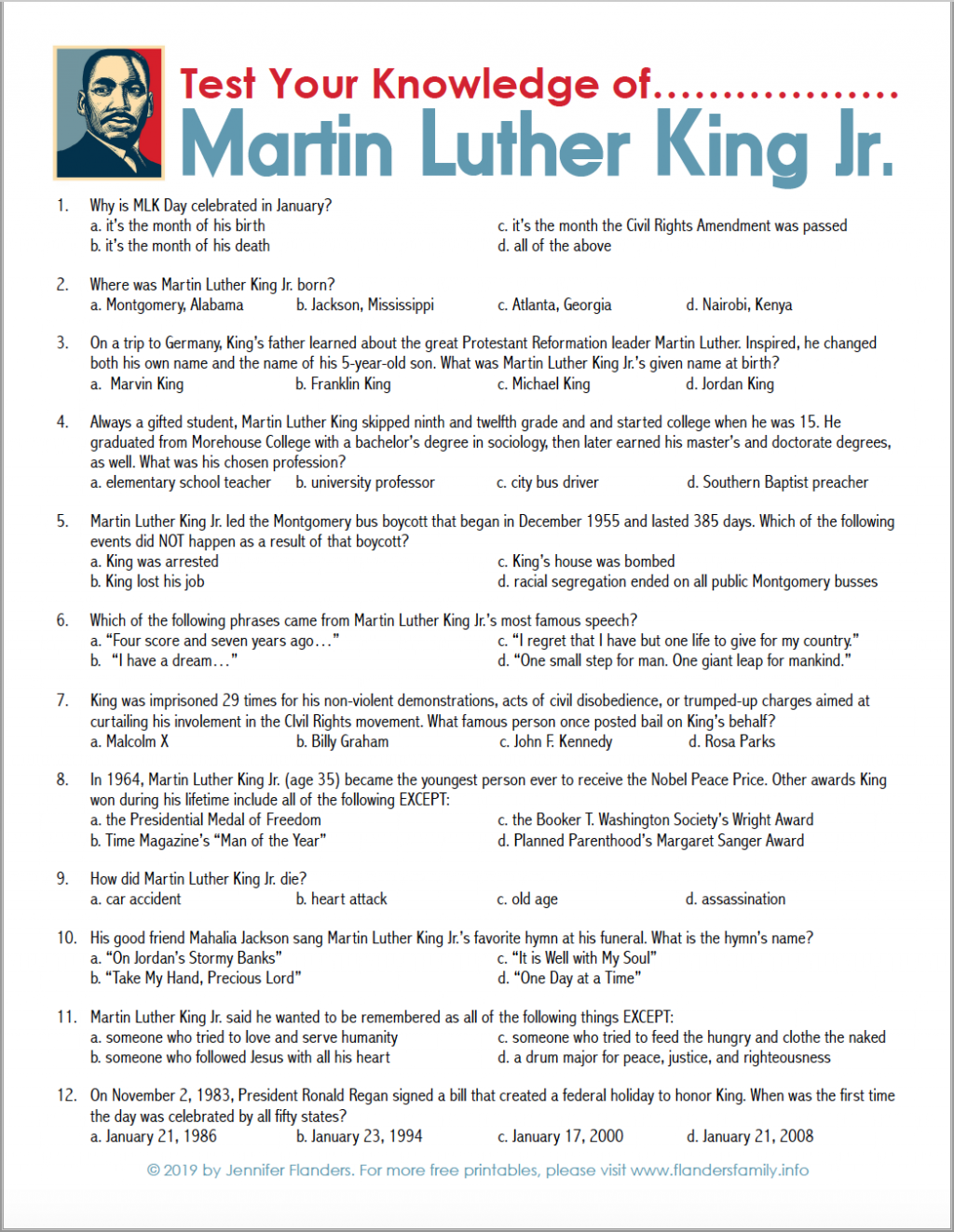 I made a color version and a black-and-white version of this quiz, so you can conserve ink if you need to print multiple copies. You’ll find the answer key on the final page of the PDF — be sure you don’t peek too early or print more copies of the solutions than you need.

And last, I made a coloring page to commemorate MLK’s famous “I Have a Dream” speech: 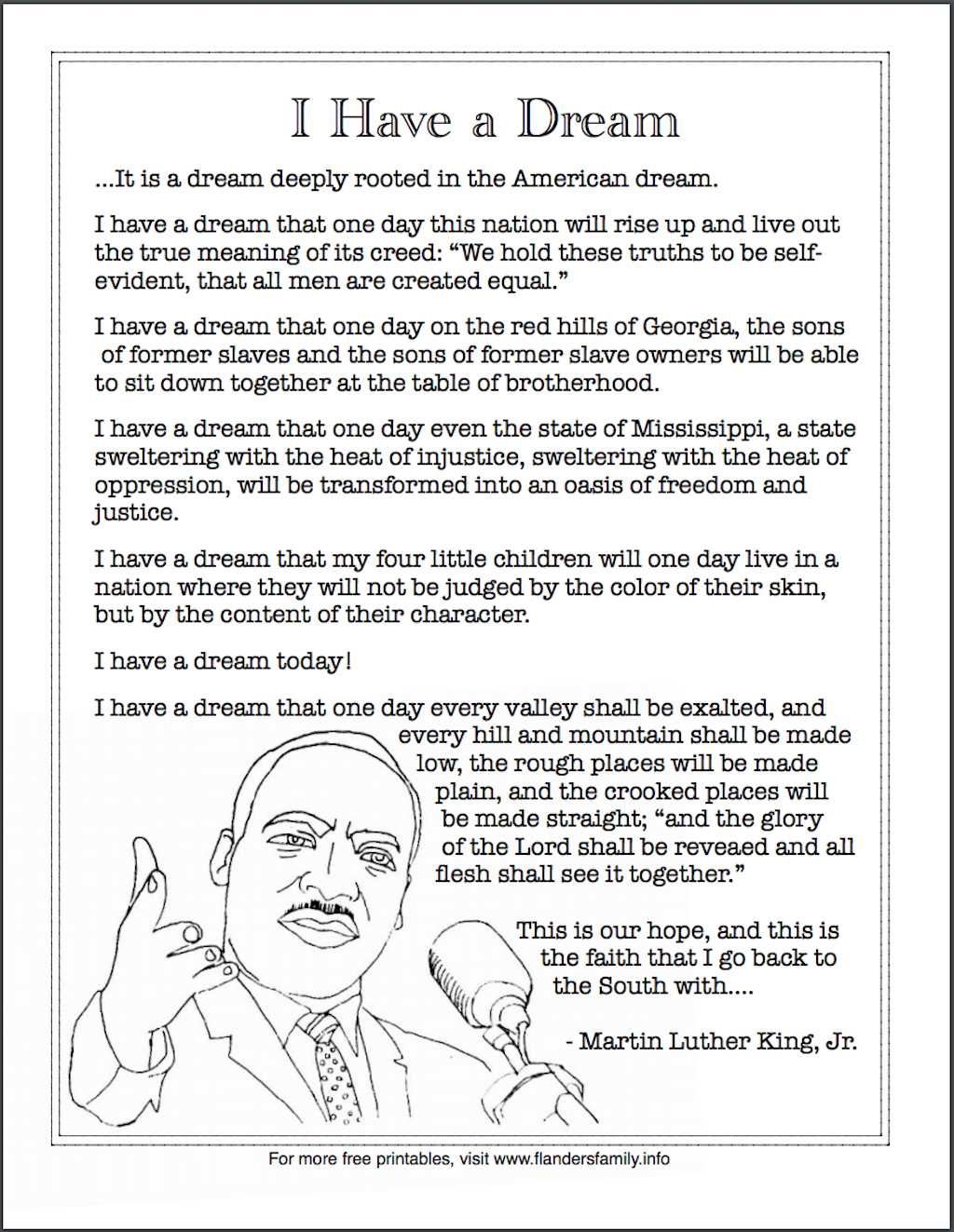 I hope these resources will help the day be more meaningful to you and your kids. Enjoy your day off!